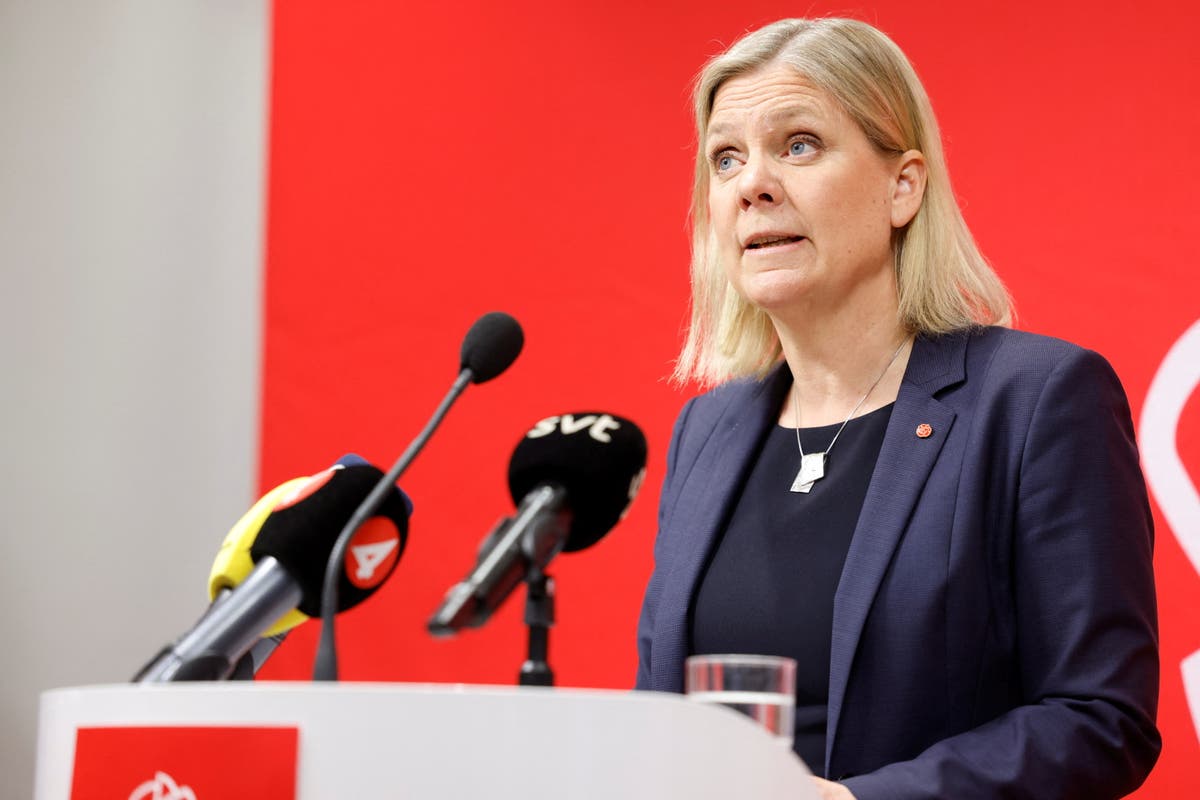 In a statement the ruling Social Democrats said it “work toward” Nato membership, with the news coming hours after Finland formally announced its own decision to join the alliance.

In a statement on Sunday, the party said: “At its meeting today, the Social Democrats’ party board has decided that the party will work for Sweden to apply for membership in Nato.”

The party had been opposed to Swedish membership in any military alliance, but its stance has rapidly shifted after Russia invaded Ukraine in February.

The decision means that there will now be an overwhelming majority in Sweden’s parliament in favour of joining.

The proposal will be discussed in the Swedish parliament on Monday, and Prime Minister Magdalena Andersson’s Cabinet will make an announcement later that day.

However, the Social Democrats’ statement added that Sweden would express “unilateral reservations against the deployment of nuclear weapons and permanent bases on Swedish territory”, if it joined Nato.

The move comes just hours after Finland announced its intention to seek Nato membership in a “new era” for the traditionally nonaligned country.

Nato membership will anger Russia, with whom Finland shares a 830-mile long border, and has previously warned of repercussions if the state joined the security alliance.

The Finnish Parliament is expected to endorse the decision in the coming days and then a formal membership application will then be submitted to Nato  headquarters in Brussels.

Nato’s Secretary-General Jens Stoltenberg, said Sunday the process for Finland and Sweden to join could be very quick.

He also expressed his hope that Ukraine could win the war as Russian military advances appear to be faltering.

“Russia’s war in Ukraine is not going as Moscow had planned,” Mr Stoltenberg said, adding: “Ukraine can win this war”.