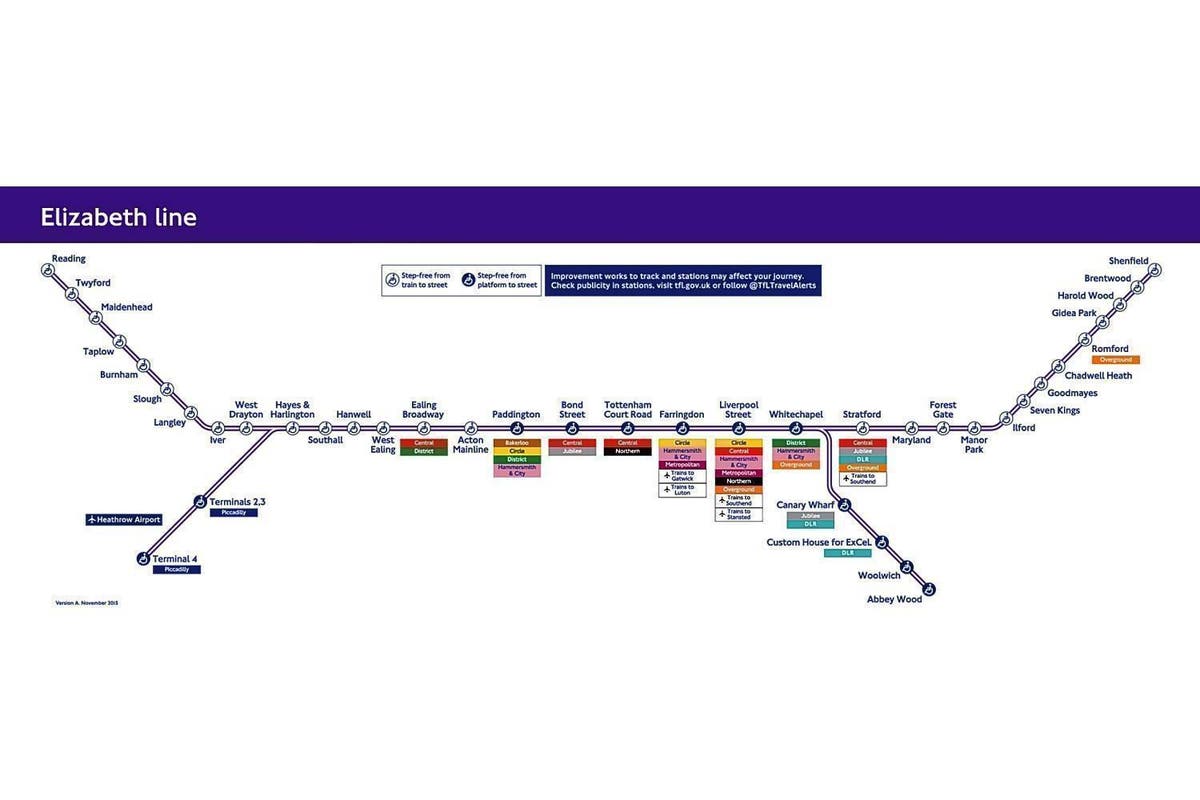 his is the new route map for Crossrail, London’s newest rail line.

The link, named the Elizabeth line in honour of the Queen, will start running through central London, eventually connecting the city to parts of Berkshire, Buckinghamshire to Essex.

From Reading in the west, the line passes through Ealing Broadway, Tottenham Court Road and Liverpool Street before travelling on through Essex – as our close-up images of the line’s stations below show.

The Crossrail project will launch at the end of May, Transport for London has announced.

The £20 billion project will open to the public on May 24, after months of tests involving thousands of role-playing volunteers.

Once fully operational, 24 new 656ft-long trains with nine walk-through air-conditioned carriages will run on the line.

Transport chiefs promise journey times from central London to Heathrow will be 20 minutes faster than before, while key employment districts outside the capital will be just a 45-minute train ride away.

The high-speed train and Tube link will connect the outer western edges of the capital to the outer east.

Boris Johnson said: “Crossrail is already proving a huge success for the UK economy and, as we move closer to bringing this transformative new railway into service.

“As well as radically improving travel right across our city, the Elizabeth line will provide a lasting tribute to our longest-serving monarch.”

The full line will eventually enable passengers to travel from Reading and Heathrow through central London to Shenfield or Abbey Wood without needing to change trains. The final version of the timetable across the entire line is expected to be in place by May 2023.

Tragedy as woman and dogs killed in crash on Chelsea’s Cheyne Walk
‘Speedy and gloriously silent’: A first glimpse of the Elizabeth Line
Advertisement