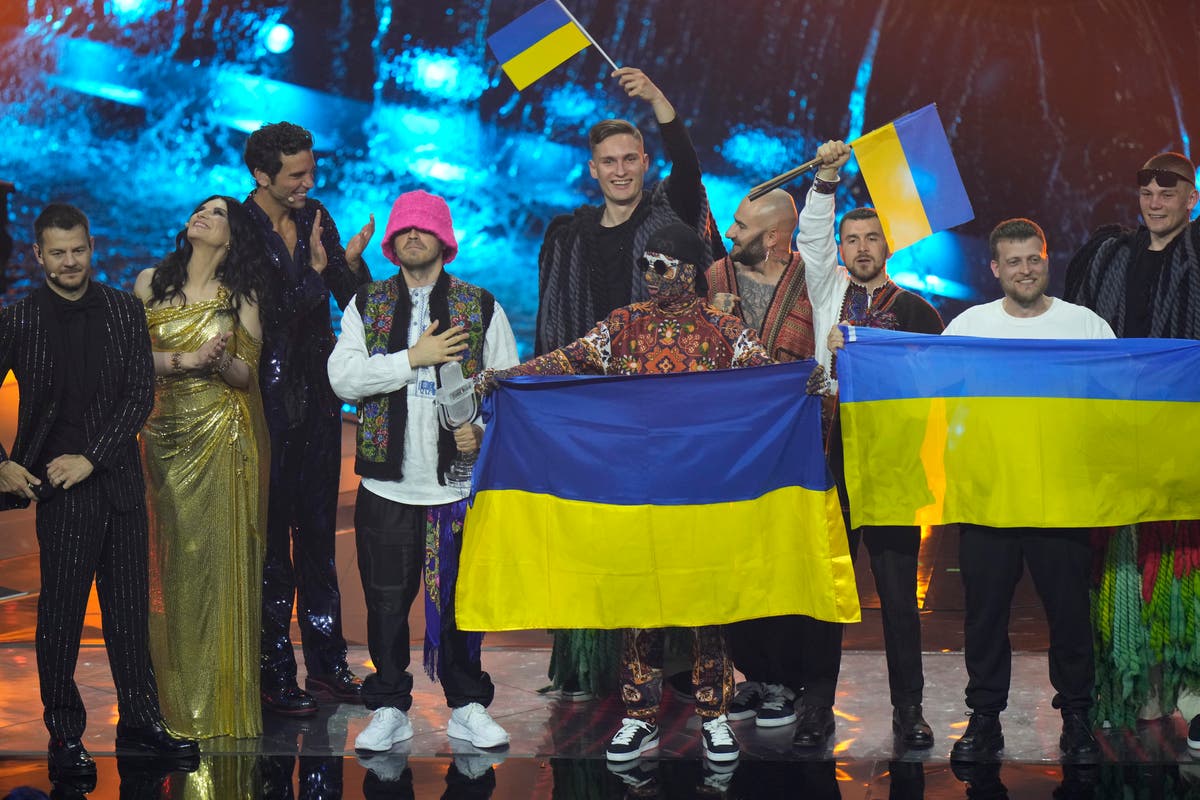 The Ukrainian folk-rap act, Kalush Orchestra were the frontrunners after Russia’s invasion – which prompted organisers to ban Russia from competing.

The UK finished in second place, with Sam Ryder topping the jury vote. Ukraine’s jury among those giving 12 points to Ryder’s Space Man, but it failed to clinch the top spot after the public’s votes were added.

Ukraine received a stunning 439 votes from the public, catapulting them to the top of the leaderboard.

Their song, ‘Stefania,’ was written as a tribute to the frontman’s mother, but has taken on an additional poignant meaning after Russia’s brutal and unprovoked invasion of the country on February 24.

The six-member band received special permission to leave the country to represent Ukraine at the contest, with one of the original members staying to fight. The others plan to return as soon as the contest is over.

The final opened with an energetic performance featuring strobe lighting and projections of the sculpture of David by Michelangelo from Czech Republic’s We Are Domi singing Lights Off.

Finland’s rock group The Rasmus kicked off the first few performances with a powerful version of Jezebel, ripping their shirts off mid-show.

Marius Bear from Switzerland delivered a raw rendition of his track Boys Do Cry backdropped with simple lighting while France’s Alvan and Ahez had fire on stage to perform their track Fulenn.

Norway’s Subwoolfer dressed in yellow wolf costumes while performing a synchronised dance number and singing Give That Wolf A Banana.

Armenia’s representative, Rosa Linn, gave an emotional performance with her song Snap on a stage with a bed, lamp and chair all seemingly wrapped in white toilet roll.

Spain’s entrant Chanel gave a jazzy performance to SloMo while the entire crowd sang along with Italy’s Mahmood and Blanco who sang Brividi, which featured a powerful rap, behind a back drop of twinkly lights.

Estonia closed the show with Stefan performing a catchy rendition of Hope, adding at the end of his performance: “Don’t lose your hope for a better tomorrow.”