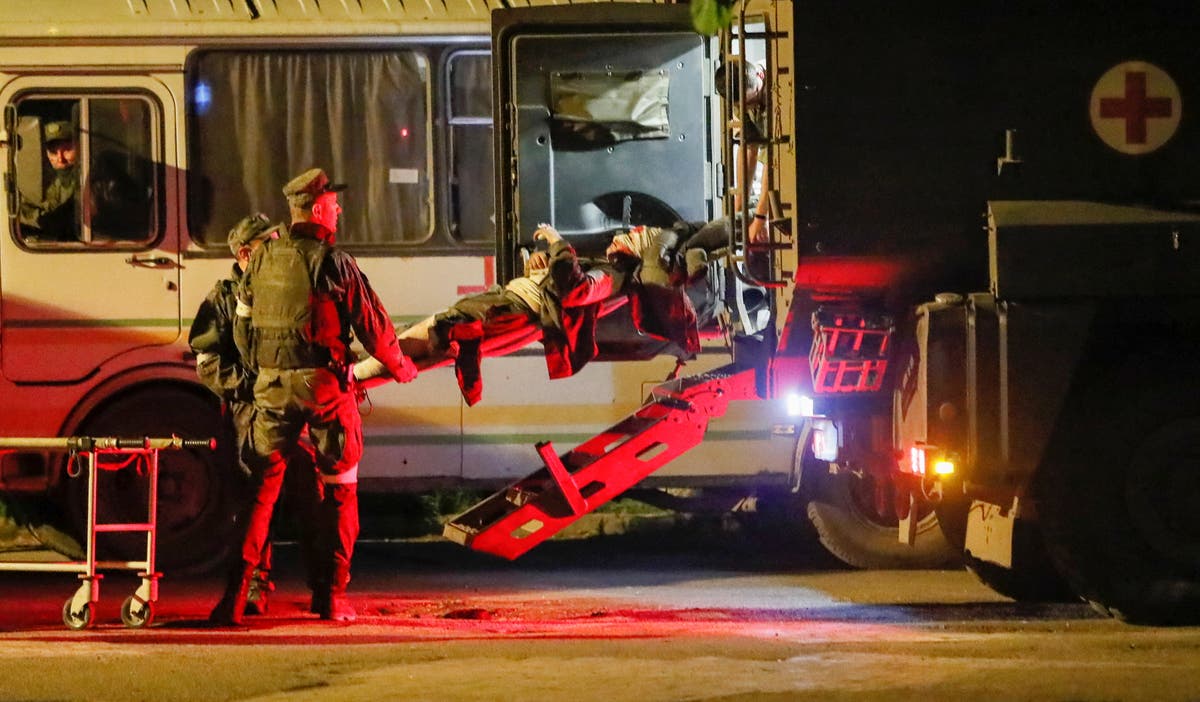 eriously injured Ukrainian fighters are being evacuated from the besieged Azovstal steel plant in Mariupol, Ukraine’s military has said.

In a statement on Tuesday, the General Staff of Ukraine’s Armed Forces said it had ordered commanders stationed at the plant to “save the lives of the personnel” as they had “fulfilled their combat mission”.

Hundreds of Ukrainian troops and civilians had been holed up beneath the city’s sprawling steel works for the past month. Civilians inside were evacuated in recent weeks, and more than 260 troops, some of them wounded, left the plant for Russian-controlled areas late on Monday.

It is not known how many fighters remain at the plant.

Indiscriminate bombing by Russian forces has reduced the southern city to ruins, with Ukrainian officials claiming tens of thousands of people have died.

Ukrainian Deputy Defence Minister Anna Malyar said 53 injured troops from the steelworks were taken to a hospital in the Russian-controlled town of Novoazovsk, some 32 km to the east.

Another 211 people were taken to the town of Olenivka, in an area controlled by Russian-backed separatists.