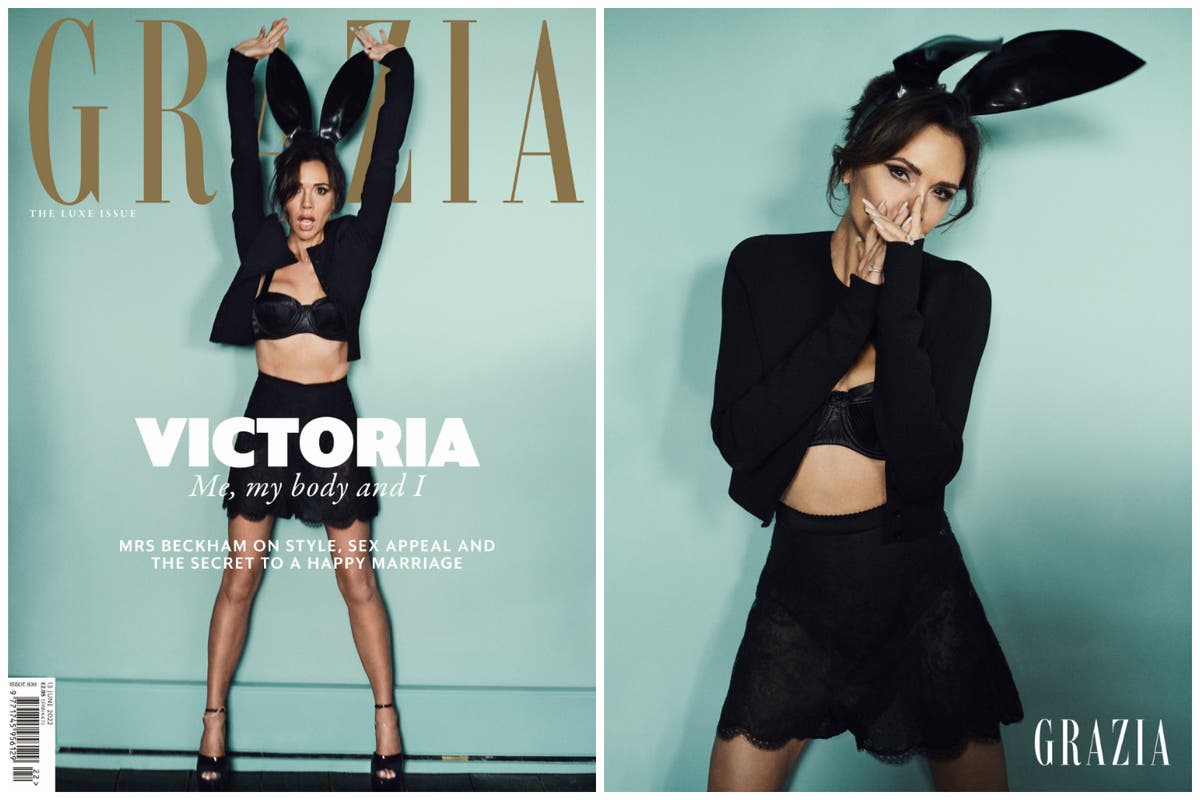 ictoria Beckham has declared that curvy is in as she called the days of wanting to be stick-thin “old-fashioned”.

The former Spice Girl-turned-designer is well-known for her svelte figure with husband David Beckham claiming that she has eaten the same meal of grilled fish and steamed vegetables every day for the past 25 years.

She has decided to switch it up however.

The mum-of-four has confessed that she has been putting in extra time at the gym and focusing on squats with the aim of getting “as good a bottom as I can get”.

She has also recently launched VB Body, a permanent capsule collection of form-fitting basics including jersey dresses and separates, which are designed to celebrate the wearer’s shape.

Appearing on the cover issue of GRAZIA’s Luxe Issue, which is out May 17, the artist formerly known as Posh Spice said: “It’s an old-fashioned attitude, wanting to be really thin.

“I think women today want to look healthy, and curvy. They want to have some boobs – and a bum.”

She has been spending a lot of time in Florida where her other half co-owns the Inter Miami football team and says being there inspired her.

The US state also served as the setting for her eldest son Brooklyn Beckham’s recent wedding to Nicola Peltz.

“There are a lot of really curvy women in Miami, and they really own it, you know?” She explained to the publication.

“They walk along Miami beach with not a lot of clothes on, and they look fantastic. They show their bodies off with such confidence.

“I found both their attitude and their style really liberating,” she continued. “And as a mother, I loved the fact that [10-year-old daughter] Harper was around women who were really celebrating their curves and enjoying how they look.”

You can read more from the interview at graziadaily.co.uk. The full Interview and photo-shoot appears in the new issue of GRAZIA, out May 17.