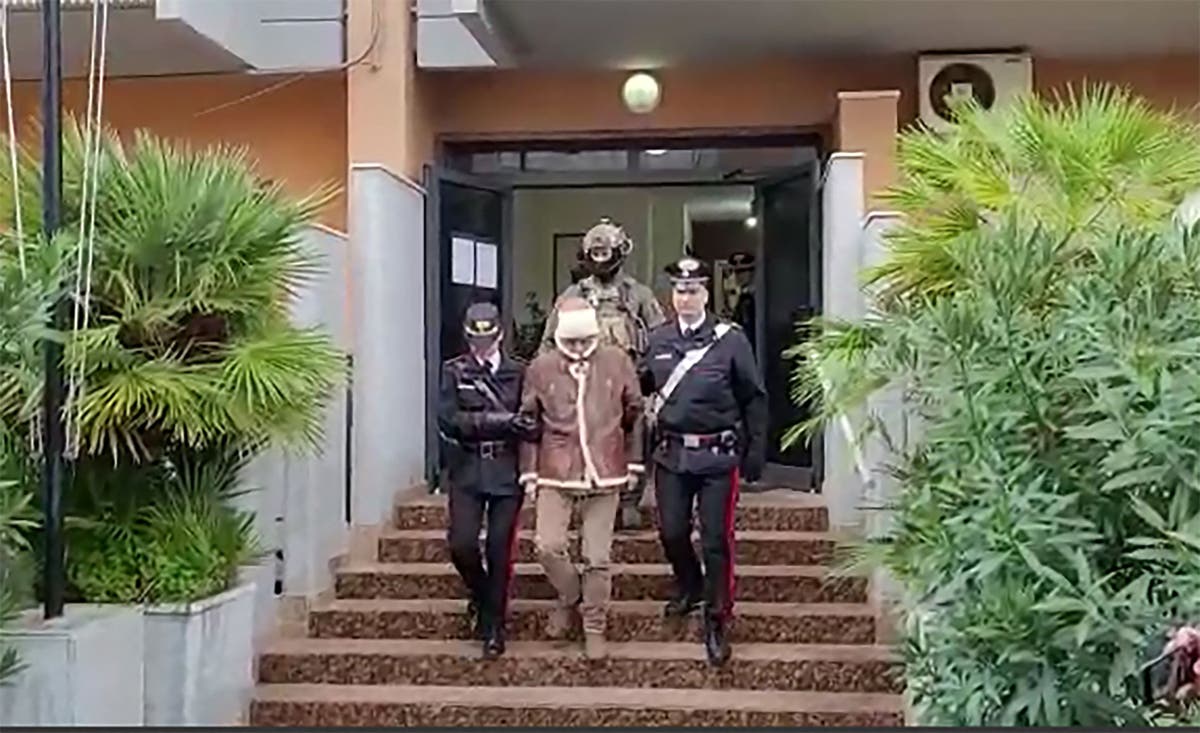 Messina Denaro was arrested in Palermo on Monday morning (January 16), 30 years since he became a fugitive.

The alleged boss of the notorious Cosa Nostra mafia was sentenced to life in jail in 2002 for a series of murders and terrorist attacks.

As no recent pictures of the crime boss existed, Italian authorities reconstructed his appearance digitally and relied on Mafia informants for tips on what he looked like now.

More than 100 members of the armed forces were said to be involved in his arrest and the Italian prime minister has declared his capture “a great victory”.

So who is Matteo Messina Denaro and why was he one of Italy’s most wanted men?

Who is Matteo Messina Denaro?

Matteo Messina Denaro was born in Castelvetrano, Sicily, in 1962, and his father was a powerful Cosa Nostra (mafia) boss.

Known by the nicknames Diabolik and U Siccu, which means ‘the skinny one’, Messina Denaro was involved in a number of crimes including racketeering, money laundering, and drug trafficking.

He is thought to have either personally killed or ordered the killings of numerous people and is said to have once claimed, “I filled a cemetery, all by myself”.

He was known for his luxurious lifestyle and expensive clothes, and it is thought that he managed to maintain this way of living while in hiding.

Messina Denaro lived in the western Sicilian city of Trapani, where he is thought to have continued issuing commands even as a fugitive.

Timeline of crimes and arrest

Anti-mafia prosecutors Giovanni Falcone and Paolo Borsellino were killed by car bombs within months of each other.

The attacks also killed several bodyguards and policemen, as well as Falcone’s wife.

The mafia organised a series of bomb attacks in Milan, Florence, and Rome.

On May 27, a bomb was detonated outside the Uffizi Gallery in Florence, killing five people and injuring dozens more. Ten people were killed in the series of bombings.

In November, Giuseppe Di Matteo, the 12-year-old son of a former mafia member turned state witness, was kidnapped. He was held captive and tortured for two years before being killed and his body dissolved in acid.

Messina Denaro became a fugitive but is thought to have continued to issue orders.

Messina Denaro was sentenced to life in jail in absentia in 2002 for a number of murders, including the 1992 killings and the 1993 bomb attacks, despite still being a fugitive.

His sister Patrizia and several associates were arrested.

Messina Denaro was arrested on January 16.

Italian prime minister Giorgia Meloni said the arrest was “a great victory for the state which demonstrates that it does not give up in the face of the mafia”.

She said: “In the aftermath of the anniversary of the arrest of Totò Riina, another head of organised crime, Matteo Messina Denaro is brought to justice.”

Ms Meloni added: “My warmest thanks, together with those of the entire government, go to the police forces, and in particular to the Ros dei Carabinieri, to the national anti-mafia prosecutor, and to the Palermo prosecutor for the capture of the most significant exponent of mafia crime.”

Matilda the Musical writer: arts cuts are “economically stupid”
What is the Government’s anti-strike bill and who will it affect?
Advertisement