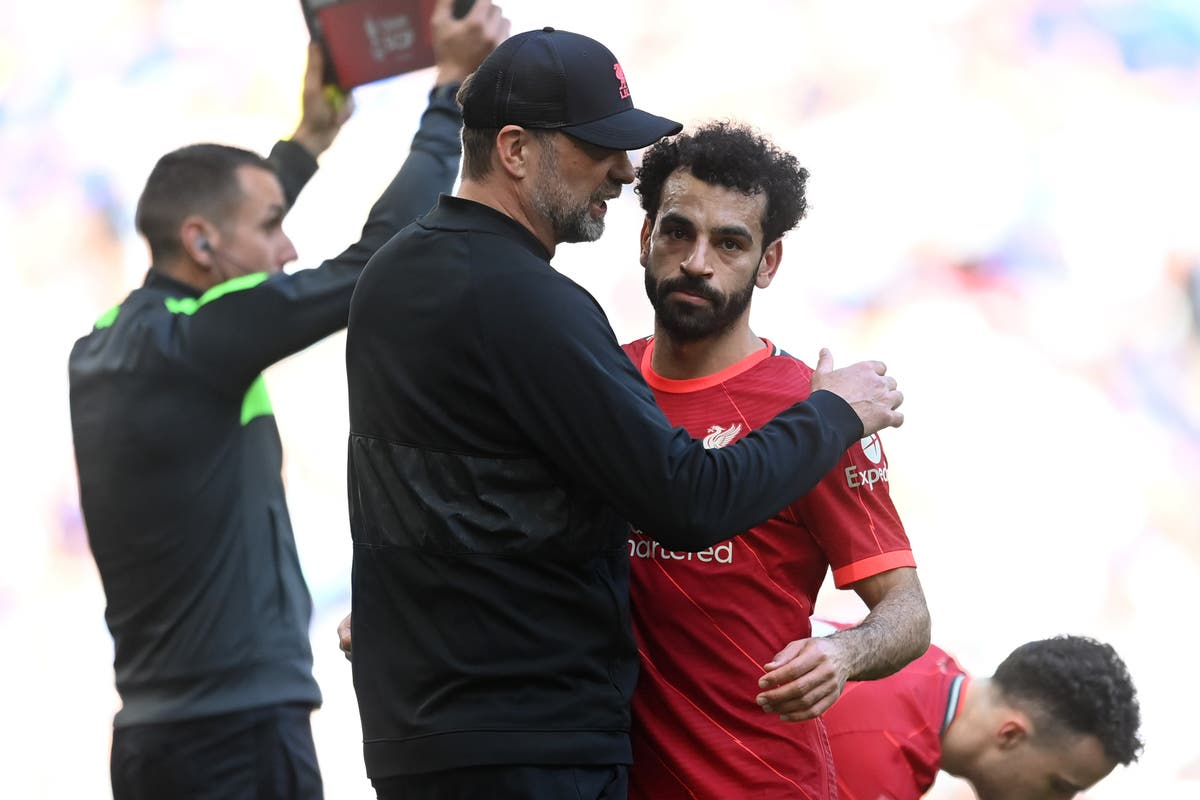 76 days after the Carabao Cup final, the two Premier League heavyweights played out another hugely entertaining 0-0 draw, with both sides hitting the woodwork in normal time.

Like their previous meeting, however, the game would be decided by the lottery of a penalty shootout, with Kostas Tsimikas converting winning spot-kick following Mason Mount’s miss in sudden death.

On the day Klopp completed the set and won every major trophy available to him during his time in charge of the club, there were some injury concerns.

Salah was forced off after just half-an-hour in scenes somewhat reminiscent of the 2018 Champions League final against Real Madrid, who await in Paris at the end of the month.

Van Dijk, meanwhile, could not continue after playing the full 90 minutes and was replaced by Joel Matip before extra-time.

After the game, Klopp provided an update when speaking to ITV: “I think Mo is a bit worse than Virg, he is okay. He felt it a little bit. I hope he will be fine. We have the squad.”

Tributes pour in after Australian cricket hero Symonds killed in car crash aged 46
Newcastle vs Arsenal: How can I watch live on TV in UK today?
Advertisement