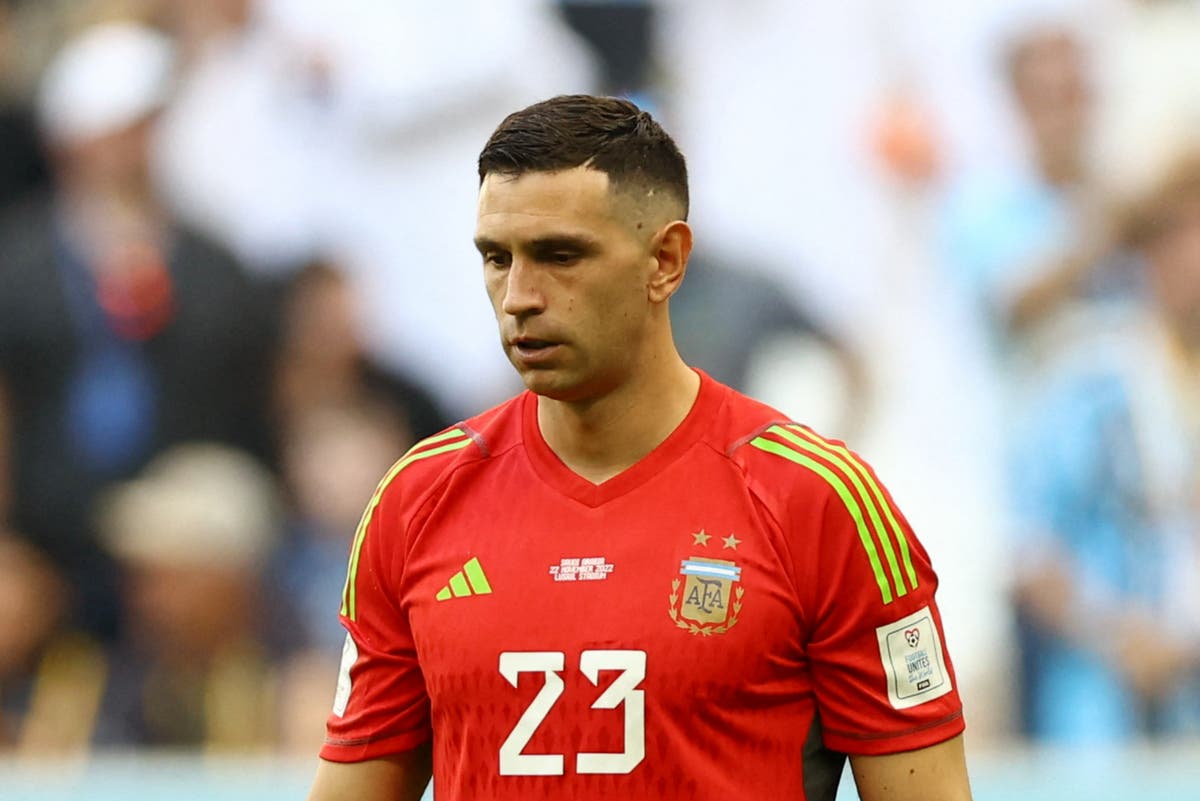 mi Martinez has told his Argentina teammates that Saturday’s meeting with Mexico is now their “first World Cup final” as they enter do-or-die mode following the sensational defeat to Saudi Arabia.

In one of the biggest upsets in World Cup history, Lionel Messi & Co were beaten 2-1 at Lusail Stadium by the second-lowest ranked team in the tournament, whose entire squad is made up of players from the Saudi domestic league.

Argentina arrived in Qatar among the favourites, the Copa America champions of last summer and on a 36-game unbeaten run, one away from equalling Italy’s international record.

But that streak has now come to the most surprising of endings and Lionel Scaloni’s side must bounce back swiftly when they face Mexico at the same ground, or else face the prospect of a shock early exit.

“We’re hurting a lot from our first defeat [in more than three years] and on top of that at the World Cup,” said Aston Villa goalkeeper Martinez.

“Today we expected to play like it was a final, but we didn’t do that. After we scored the first goal we relaxed a bit and we paid for that. Saturday [against Mexico] will be our first World Cup final.”

Messi, who is seeking to lift the World Cup for the first time at his fifth and likely final tournament, and head coach Lionel Scaloni were the targets of intense criticism from the Argentine press over what La Nacion called “Una derrota historica” – an historic defeat.

“We have no option but to lift ourself up and go forwards,” said Scaloni, whose side were done something of a favour in the later game in Group C as Poland and Mexico drew 0-0 after Robert Lewandowski’s penalty miss.

“We couldn’t have entered the tournament in better shape,” Scaloni said. “But it’s a reality. These great competitions don’t give you time to make mistakes. Now we have to move on and win each of our next two games.

“It’s a sad day, but as we always say: head held high. We have to bounce back.

“There is nothing we can do. If we had won, we would also be waking up tomorrow thinking about the game tomorrow against Mexico and thinking about different aspects we can improve. This doesn’t change our analysis.”

Messi did at least open his account for the tournament with the early penalty that seemed set to put Argentina on their way to a comfortable victory.

The PSG forward had another goal ruled out for offside soon after, while striker Lautaro Martinez also had two efforts chalked off before the break, one by the most marginal of VAR calls.

Saudi Arabia were magnificent after the break, however, stunning Argentina with two sensational goals in five minutes before holding out for the most famous win in their nation’s history.

“It’s a situation that this group of players has never been through,” Messi said afterwards. “It’s been a while since we suffered such a tough blow, we didn’t expect to start like this.

“We knew they were a team who would play if we let them…They did not surprise us, we knew they could do that. Obviously we have to win or win now. It’s up to us to fix what we did wrong and get back to the basics of who we are.”

Fernandes: Ronaldo situation not ‘uncomfortable’ for Portugal
How Netherlands and Ecuador could line up for World Cup clash
Advertisement