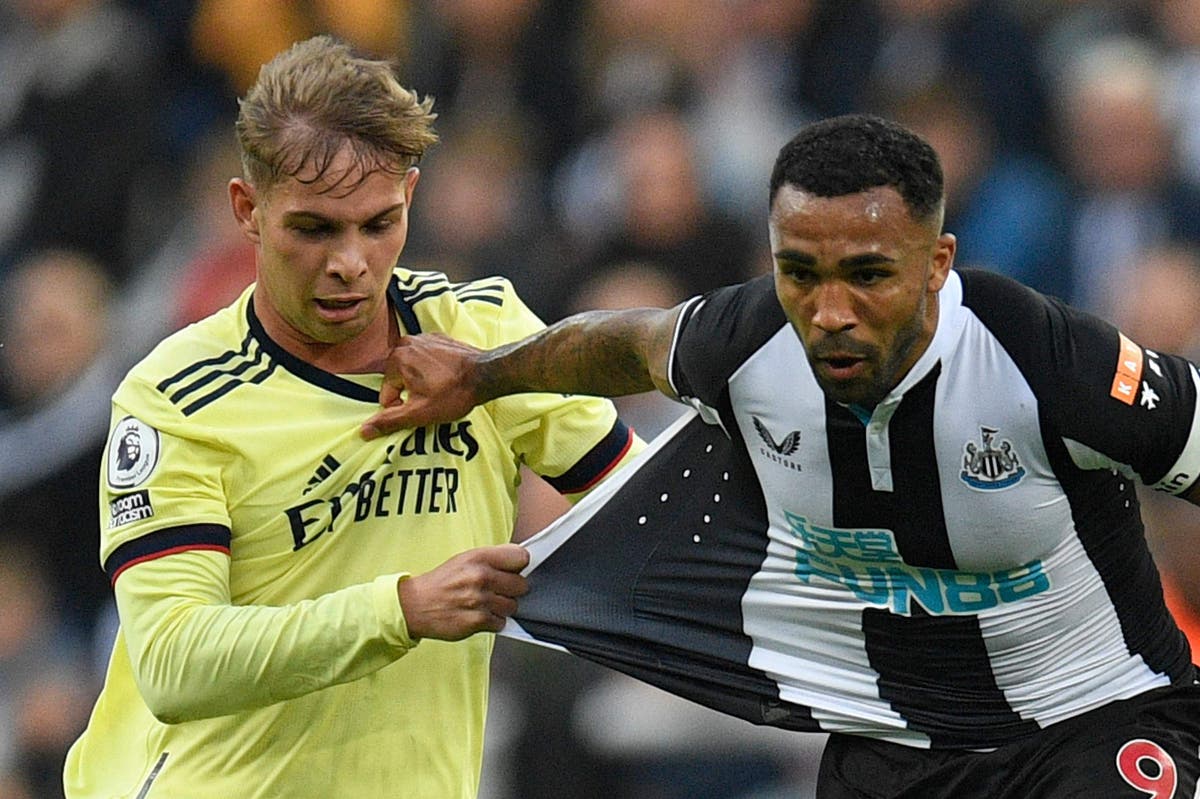 rsenal’s top-four hopes all-but unravelled as they were beaten 1-0 by Newcastle at St. James’ Park.

Mikel Arteta welcomed Ben White and Gabriel back to his starting XI but it was the England defender who put through his own net early in the second-half.

Bruno Guimaraes doubled the Magpies’ advantage on 85 minutes to leave Arsenal two points off Spurs ahead of the final game of the season, with worse goal difference to boot.

Distribution, so central to Arsenal’s build-from-the-back philosophy, was shocking in first-half. Made some decent saves in the second.

Forced off injured before half-time as defensive injury curse struck again. Was a blessing, because he could not lay a glove on Saint-Maximin.

Booked early on but defended with composure thereafter until being unfortunate to turn cross into his own net. Probably Arsenal’s best player.

Like White, short of fitness but wheeled out for the cause and battled every bit as hard.

Was generally more defensively solid than of late but foul throw that immediately preceded the opener proved so costly.

Little chance of getting on the ball in deep positions against high Newcastle press.

Another who couldn’t provide the control needed as Newcastle swamped Arsenal’s midfield.

Struggled to conduct Arsenal’s play as he was closed down ferociously by Bruno Guimaraes. One of his poorest games of the season.

The one player to give Arsenal some thrust as they were dominated in the first-half but this was another frustrating night when he was on the end of another kicking. Must be knackered.

Preferred to Gabriel Martinelli but the Brazilian’s pace on the break would have been more useful. Not his night and Arteta corrected selection error early in second-half.

Followed everywhere by the giant Dan Burn and found the going understandably tough.

Did okay against Saint-Maximin, who had tormented Tomiyasu.

In hindsight, should’ve started and looked as likely as anyone to drag Gunners back into it.

Sent on to find a goal but has scored just one in the league since New Year’s Day, so quest went to form.

Like Lacazette, had no recent form to speak of. The last time he’s seen in an Arsenal shirt?

Arsenal shoot themselves in the foot to pass up Champions League qualification
Southampton vs Liverpool: How can I watch live on TV in UK today?
Advertisement