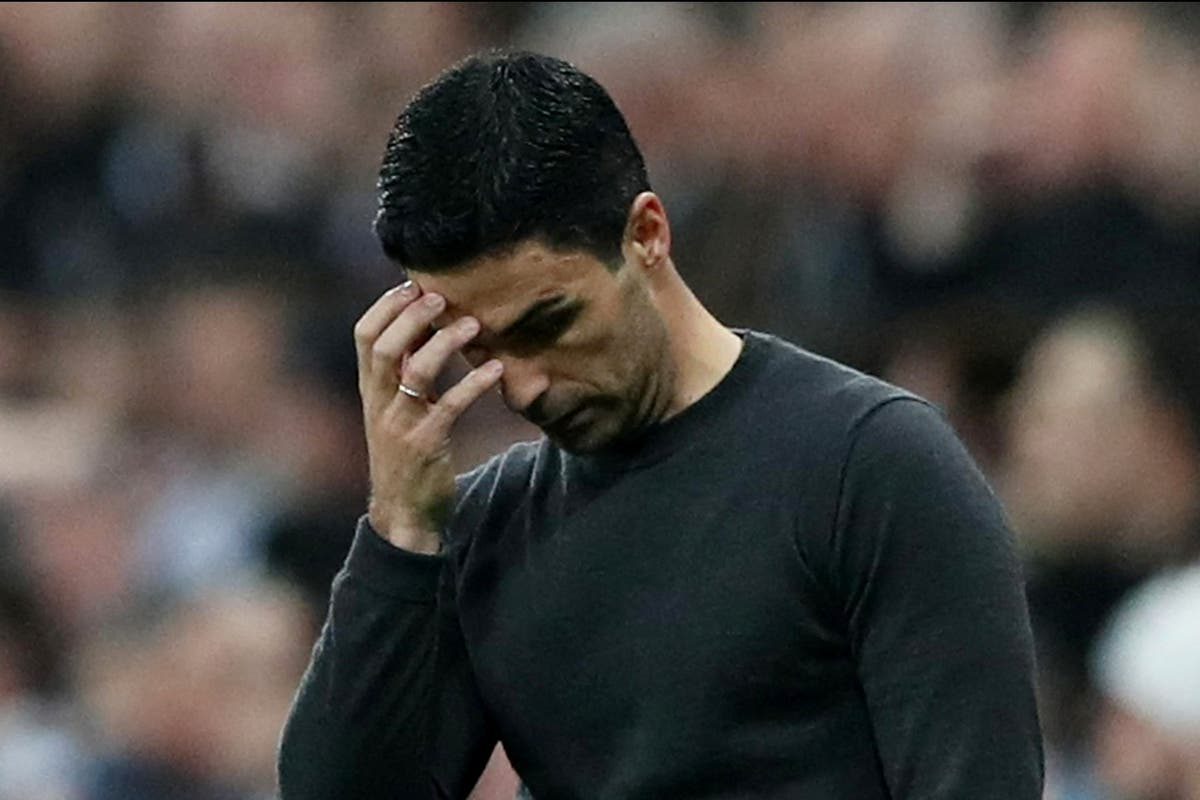 t was already true that the most seismic event of this Premier League season had centred on St. James’ Park and it was here, as it nears its conclusion, that a top-four race that has been one of its most enthralling narratives was surely settled, too.

Defeat for Arsenal at Newcastle leaves Tottenham needing just a point at relegated Norwich on the final day of the season to clinch Champions League football ahead of the Gunners, while such is the deflation Mikel Arteta’s side must feel after a pair of catastrophic results, you could hardly feel confident about their chances of beating Everton, even were the Canaries to pull off one of the campaign’s biggest upsets.

Had they won here and headed south on a high, beating the Toffees at home would have felt like no tall order, and after a derby defeat that closed the gap once more, it always felt like this had the potential to be the night when the pendulum finally swung decisively towards one side of north London or the other.

Arteta’s team selection said as much, with Gabriel and Ben White both thrown in from the start despite not having trained amid major fitness concerns as the Spaniard looked for the kind of immediate response that has rarely been forthcoming when his side have suffered setbacks this season.

Many of the ingredients were as they had been at Tottenham just four days ago, when Arsenal’s inability to manage the occasion had turned a potentially monumental night into a disaster before the sun had even set, most notably a raucous, flag-waving home crowd, watching their side for the final time at the end of a transformational season, and a knowledge of jeopardy that was even greater than it had been at Spurs.

But while Antonio Conte’s men had been facing an unthinkable possibility themselves – that of their rivals securing Champions League football on their patch – and could only throw the shackles off once Rob Holding and Cedric Soares had blundered, Eddie Howe’s were unburdened, with little at stake as a collective (though plenty for those individuals who will fear a summer spending spree).

As a result, they roared out of the traps, pressing relentlessly with Joelinton and Miguel Almiron to the fore, and if Arsenal did a better job of weathering the storm here than they had in N17 then it was as much by good fortune as design.

The tone is set by the goalkeeper, it is often said, and Aaron Ramsdale hardly offered up a calming one, losing his footing as he kicked each of his first two clearances, then dallying and avoiding disaster only because Miguel Almiron’s charge down went to the feet of White instead of into the back of the net.

White then prompted a dreading sense of deja vu when he was booked inside ten minutes for a foul on Callum Wilson, a bustling handful and somewhere near the bottom of the list in terms of strikers you’d pick to line up against your half-fit centre-halves.

To his credit though, White remained typically composed and made a vital goalline clearance, then a superb block to deny Joelinton, too. Gabriel, not exactly appreciative of several late linesman’s flags that had him haring unnecessarily towards his own goal while nursing his own injury, was still being worked on by physios pitchside before the start of both halves – but he was similarly defiant.

Their pair’s importance grew when Takehiro Tomiyasu – the only centre-back alternative available to Arteta with whom you’d feel anything approaching comfortable – limped off before the break, by which time Newcastle remained well on top but the scoreline unchanged.

That should have been cause for comfort for Arsenal, who must have felt that having hung in, the tide would turn – Newcastle, even in this atmosphere, unable to sustain the same effort.

And perhaps it had even begun to, with the home side forced into a defensive reshuffle of their own after Fabian Schar’s head injury – which thankfully did not appear as serious as it first looked – and briefly troubled by the introduction of Gabriel Martinelli.

But this Arsenal side will always find new ways to shoot themselves in the foot and Nuno Tavares, who had otherwise been more solid than at any point in the second half of the campaign, blundered, came up with the novel one conceding possession with a foul throw deep in the Newcastle half, from which the Magpies broke and White turned into his own net. White did not deserve to be the villain, so perhaps it was apt that Tavares at least halved the blame.

Now Arteta was leaving himself short of defenders out of choice, hauling off Gabriel and Tavares in search of the leveller that would have left Spurs at least needing to beat, rather than draw with, Norwich on Sunday.

Instead, the night ended with the two he had left on the pitch – White and Cedric Soares – flat on their backs having tried in vain to keep out Bruno Guimares, the ball in the net and Arsenal’s Champions League dream surely shattered.