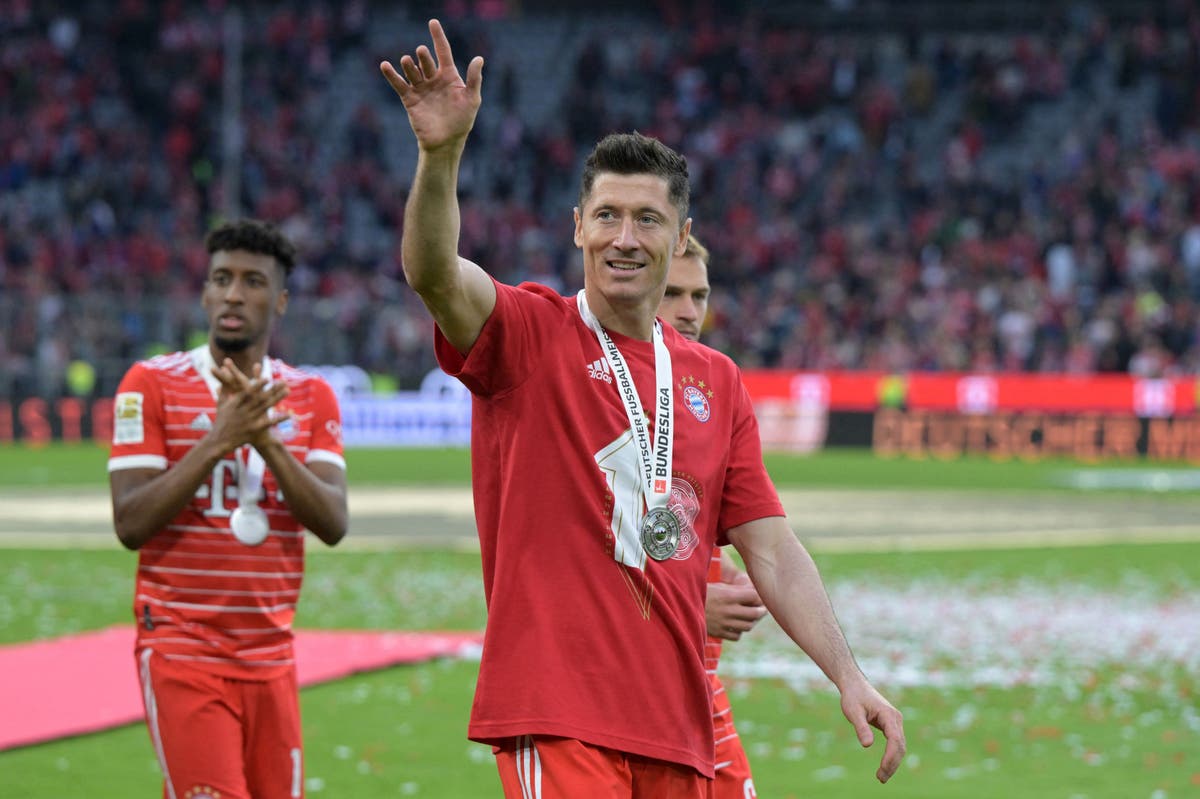 Speaking ahead of Bayern’s final game of the Bundesliga season at VfL Wolfsburg, Salihamidzic confirmed widespread reports that the Bundesliga’s second-highest all-time scorer could be on his way out despite having a contract until 2023.

“I spoke with Lewa. In that discussion he informed me that he does not want to accept our offer to extend the contract and that he would like to leave the club,” Salihamidzic told Sky Germany.

“He said he wants to do something else. But our position has not changed. The fact is he has a contract to June 30, 2023.”

The 33-year-old Pole joined in 2014 from Borussia Dortmund and has won the German league every year since then as well as the Champions League.

A crowd favourite, the forward is on track to become the league’s top scorer for the fourth season running and sixth overall, having netted 34 times. He also scored 13 goals in the Champions League.

Salihamidzic said so far there had been no talks with other clubs.

Lewandowski’s goals helped Bayern win their 10th straight league title but they were eliminated early in the German Cup and crashed out of the Champions League at the quarter-final stage.

He has been linked with a possible move to Barcelona.