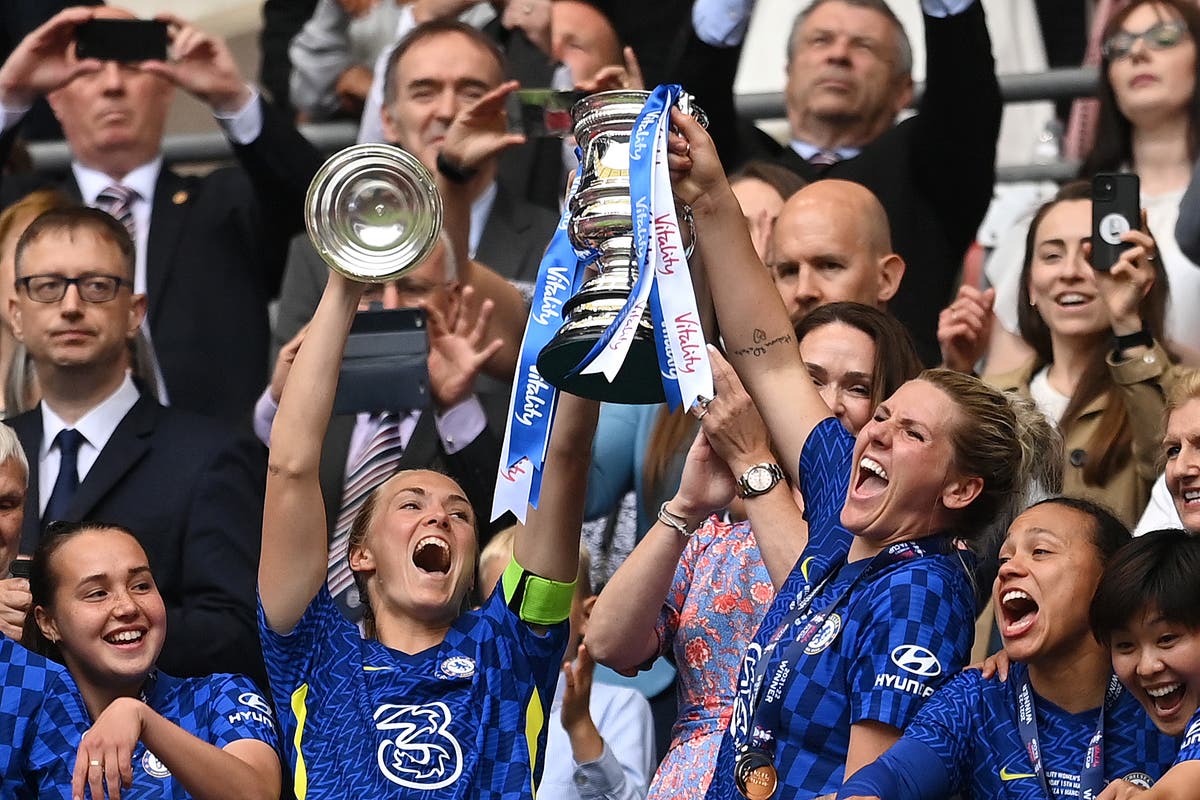 A week after lifting the Women’s Super League title, the Blues continued their domestic dominance with a 3-2 win in front of a record crowd of 49,094.

Sam Kerr scored the winner in extra-time to cap another fine season for Chelsea, who have now won the FA Cup four times under Hayes.

Chelsea went ahead on 32 minutes when a high cross from Millie Bright went over City goalkeeper Ellie Roebuck and Kerr nodded home on the line at the back post.

But City equalised after 42 minutes through a stunning strike by Lauren Hemp, who cut inside from the left and curled the ball into the far corner from inside the area.

Chelsea went back in front on 63 minutes when Erin Cuthbert scored one of the best Cup final goals ever seen at Wembley.

After picking the ball up just outside the area, Cuthbert smashed it in off the crossbar.

Chelsea looked to be heading to victory in normal time before City substitute Hayley Raso equalised on 89 minutes to send the game into extra-time.

It was joy for Chelsea but heartbreak for City in the additional 30 minutes as Kerr capitalised on a mistake from Alanna Kennedy to score the decisive goal after 99 minutes.