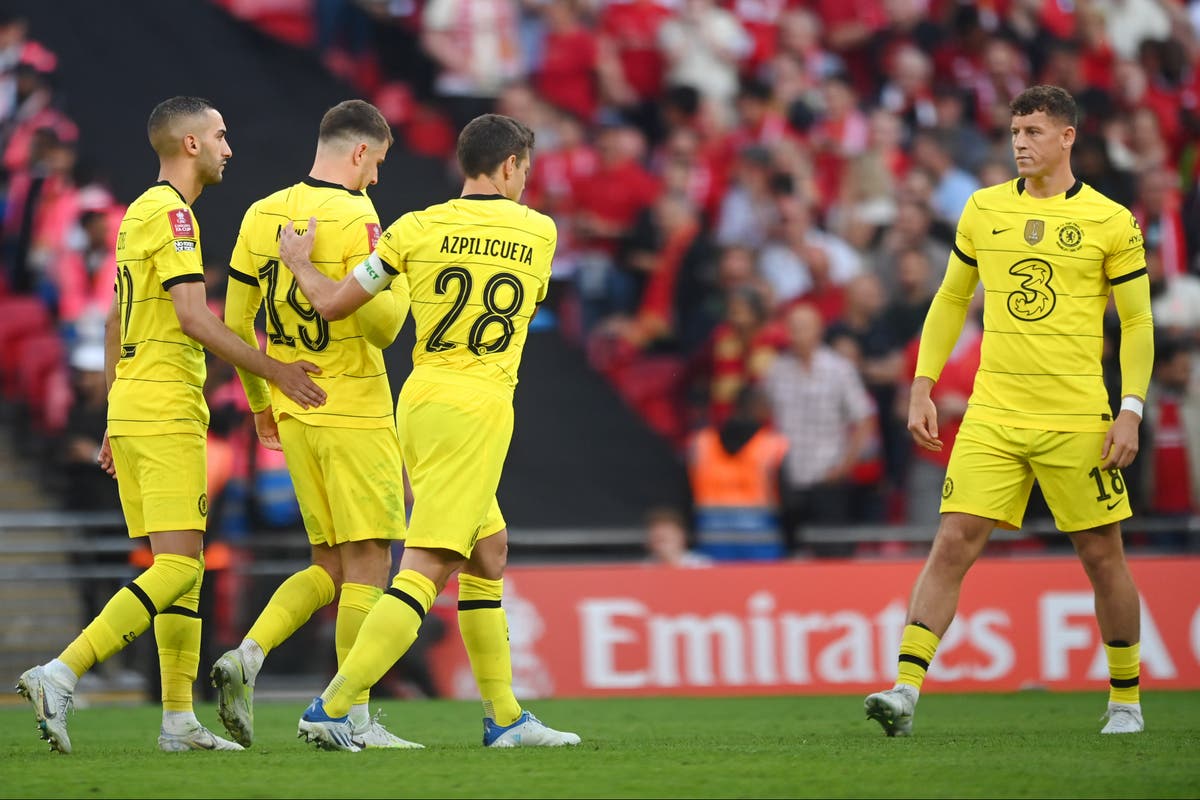 Cesar Azpilicueta and Mason Mount missed in the shootout after Marcos Alonso and Christian Pulisic went close during normal time.

James Robson was at Wembley to rate the Chelsea players.

Crucial save to deny Diaz early on. Relied on his woodwork to save him on other occasions – but his handling was superb.

Really struggled to track Diaz. Did clear off the line when the Colombian got in early on. Grew into the game impressively.

Absolute class. As Chelsea looked in danger of being overwhelmed, he kept his head with calm use of the ball and intelligent positioning. How he kept up with Diaz in a 90th-minute break, only he knows.

Did well to largely keep Jota quiet down his side – but often stretched as Liverpool poured numbers forward.

Spent much of the first half just trying to help out Chalobah. After the break he pushed much higher up the pitch and that forced Liverpool into retreat. Some wonderful defending as the game went on.

Such a big-game mentality player and that was needed, particularly in the first half, when Liverpool were on top. Constantly showed for the ball and won possession at key times. Remarkable he lasted more than an hour with an ankle injury.

Played a huge part in wrestling Chelsea back into the game. His calm head was crucial to keeping his teammates focused in the eye of the storm.

Could have had a hat-trick. Really troubled Liverpool by playing so high up. Forced one save, hit the bar and put another chance just wide.

Got back to cover James and Chalobah after Liverpool’s flying start. Will have required huge amounts of energy as he also drove forward in search of chances.

Enjoyed playing in a double 10 behind Lukaku and found so many spaces to hurt Liverpool. Should have scored at least one of the two chances that came his way in the box.

His best work was as a buffer for Chelsea’s other forwards, but did not pose anywhere near enough of a goal threat.

An important injection of energy when he came on. Came into his own in extra time to win the ball and disrupt Liverpool’s flow.

Looked like a smart change, who could use his pace to run at tired Liverpool legs. Did not pose enough of a threat to ever worry them.

Came on to play in his 13th major final for Chelsea.

Has to go down as one of the oddest FA Cup cameos of all time. Came on as a centre forward. Hooked after 14 minutes.

Haaland breaks silence on Man City move in Dortmund message
Tuchel left to mull ‘what if?’ as Chelsea come up short again
Advertisement