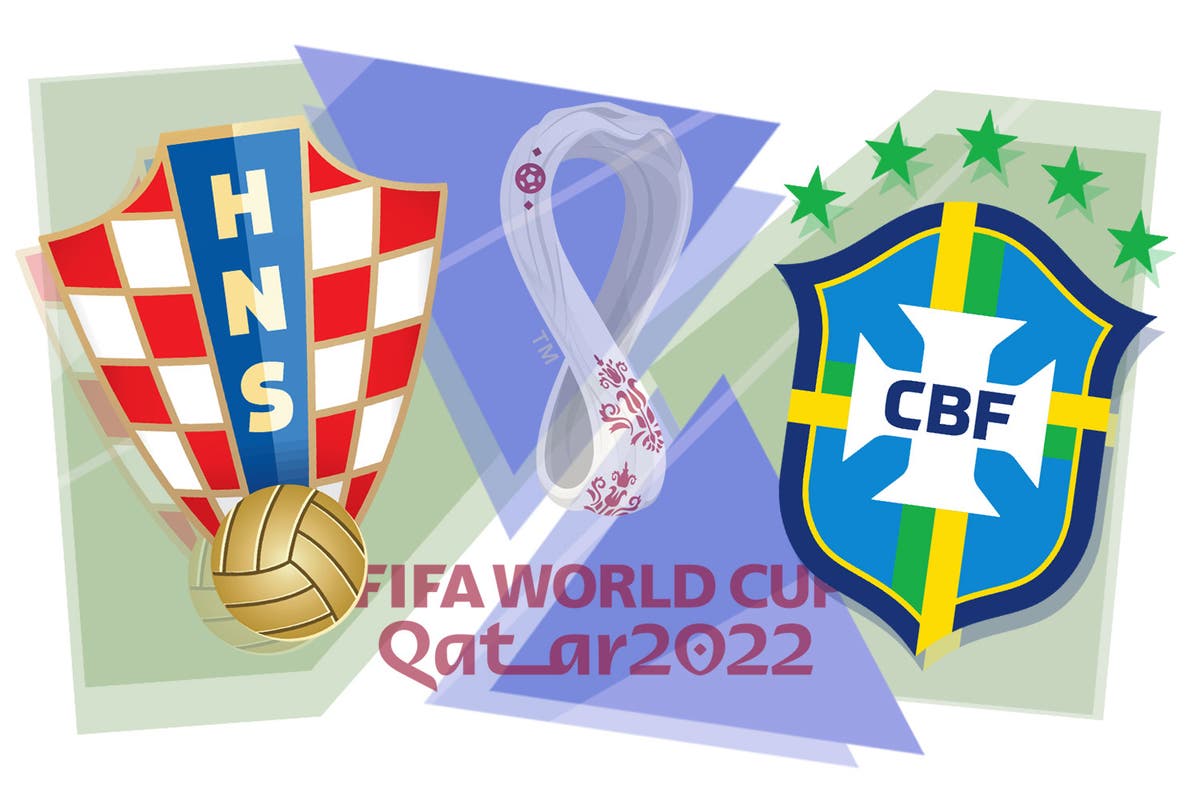 razil will be hoping for more of the same as they face Croatia this afternoon in the quarter-finals of the World Cup.

Tite’s side produced their best display of the tournament last time out as they blew South Korea away, with Neymar returning from injury to get on the scoresheet and Richarlison continuing his strong goalscoring form up front.

The World Cup favourites now face their toughest test yet though, against a Croatia side that made it all the way to the final four years ago in Russia.

Croatia were certainly not at their best against Japan in the last-16, just about edging through on penalties as Dominik Livakovic produced three saves in the shootout. Seven of their last eight knockout games at the World Cup and European Championship have gone to extra-time, so it would be no surprise if they push Brazil all the way. Argentina or the Netherlands will face the winner in the semi-finals.

Where to watch Croatia vs Brazil

TV channel: In the UK, the match will be televised free-to-air and live on BBC One, with coverage beginning at 2.30pm GMT ahead of a 3pm kick-off.

Live blog: You can follow all the action on matchday via Standard Sport’s live blog.