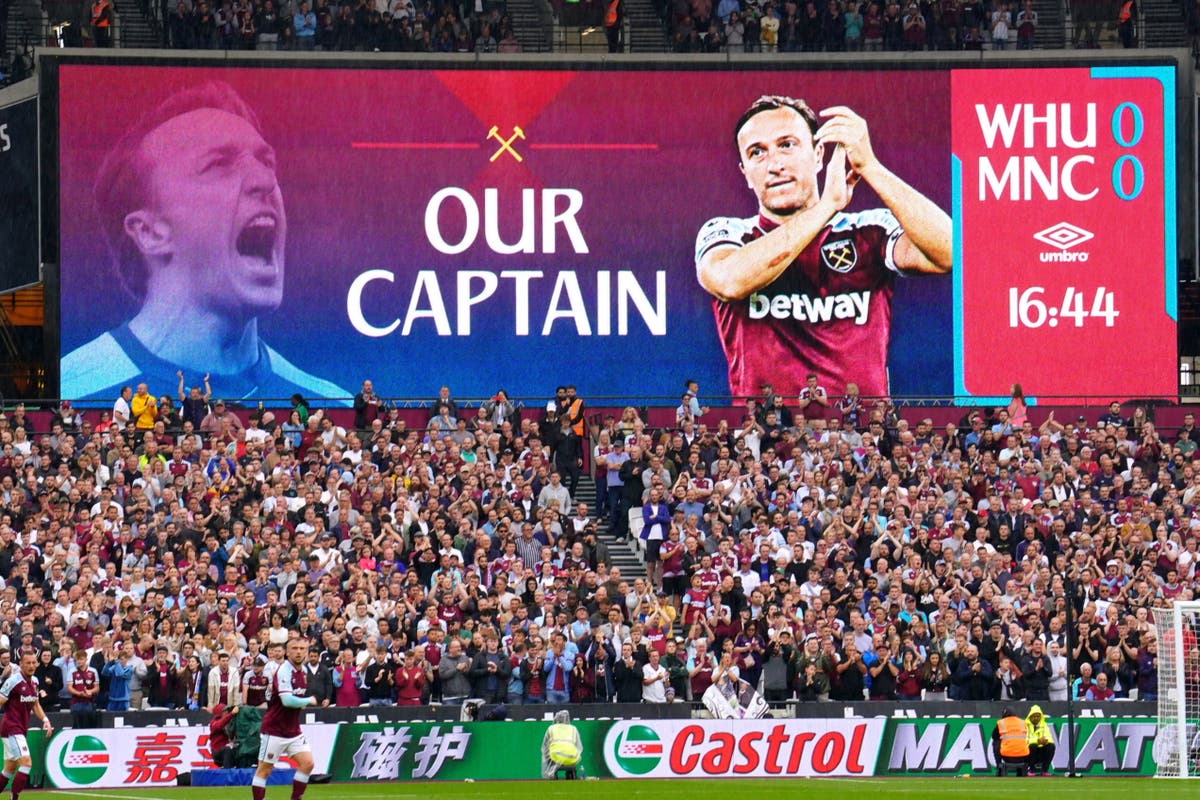 Yesterday’s 2-2 draw with Manchester City was Noble’s 549th appearance for the Hammers and last in front of a home crowd before his retirement at the end of the campaign.

On an emotional afternoon, the 35-year-old was presented on his own ahead of kick-off and received standing ovations in the 16th minute – representing his shirt number – and again when introduced as a 77th-minute substitute.

He was then given a guard of honour by players, staff and their families after full time and was in tears as he addressed the crowd, calling the 60,000 home supporters “family”.

“All in all, it was a perfect day,” said Noble, who is yet to announce his retirement plans beyond a family holiday but knows the club want him to return in some capacity.

“I tried to keep it together at first, but the emotion got the better of me. It was a fantastic send-off from the fans today. It’s been a long lead-up to this day because I announced that this would be my last season a year ago but forget about me, what a season this has been for West Ham! We have rejuvenated the whole football club this year, so we look forward to next season.”

The Hammers were on course for an upset after Jarrod Bowen’s first-half double but Jack Grealish’s deflected strike and a Vladimir Coufal own goal saw City draw level after the break.

Riyad Mahrez had the opportunity to win it from the spot late on but Fabianski’s save denied City the chance to all but secure the title and confirmed West Ham will play in Europe next season.

“He’s a special person. He’s Mr West Ham. He’s been at the club for his whole career. He’s a great guy and a proper leader of the whole team. West Ham is in his blood. He cares so much about this club and it’s been an absolute pleasure to share a dressing room with him.”