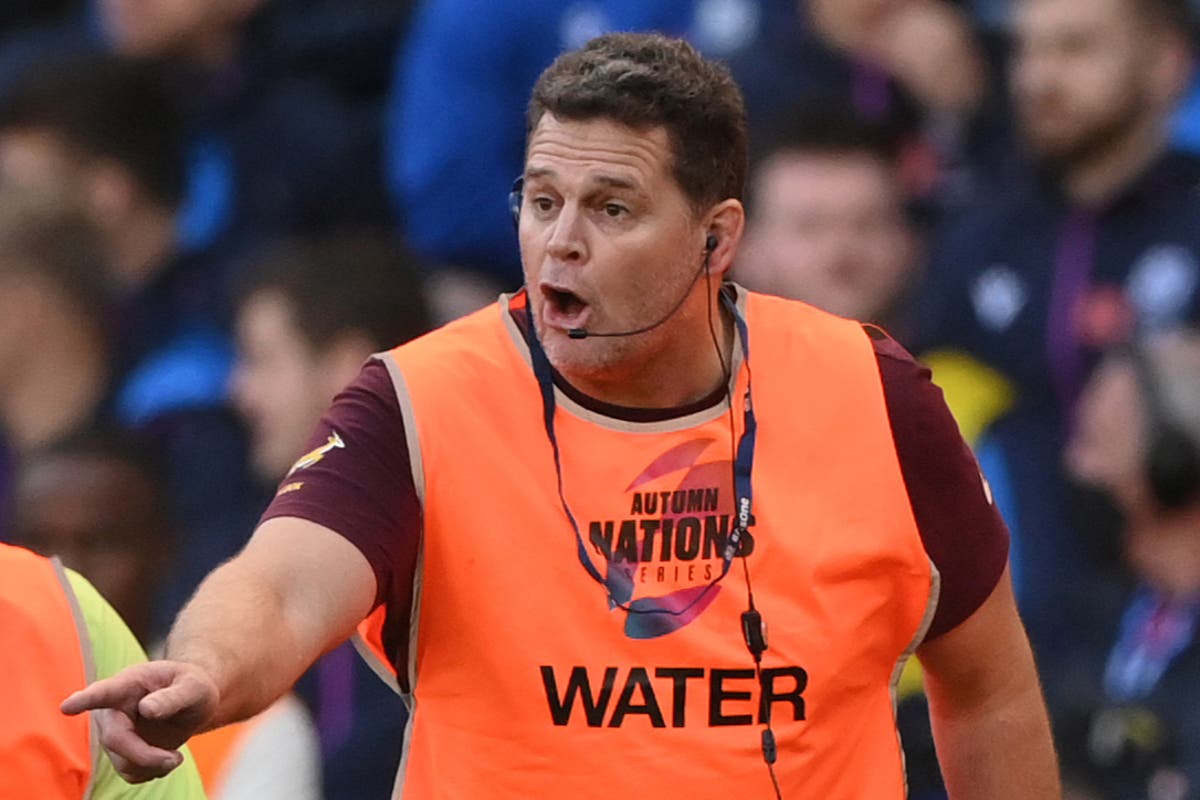 The 50-year-old will not be able to take any part in match proceedings in Saturday’s Autumn Nations Series clash with England at Twickenham.

Erasmus has been hit with a two-game matchday operations ban for social media criticism of officials in the wake of France’s 30-26 win over South Africa in Paris on November 12.

The former Springboks No 8 galvanised South Africa to World Cup glory in 2019, less than two years after taking the Test helm.

The ex-Munster boss was hit with a two-month matchday activity ban for criticising officials in online videos during the British and Irish Lions’ tour to South Africa in 2021.

The decorated coach has become one of the best-loved figures in his home nation, but his social media referee criticism continues to polarise rugby opinion.

The Springboks continue to mix keeping counsel with defending their rugby director, while his latest suspension has drawn withering criticism from many quarters.

World Rugby chiefs are understood to hope that this second suspension will help convince Erasmus to go through the governing body with any critique of officials in future.

Any further transgressions however could leave World Rugby with little choice but to impose the kind of punishment as deterrent that could either render his position untenable, or put Erasmus in mind of walking away from the Test picture.

England’s top referee and his family received death threats on social media as a result, while Erasmus took to Twitter to bemoan a clutch of decisions that went against South Africa in Paris.

Test referees are coming under increasing social media criticism whatever their decisions in top matches. World Rugby chiefs have moved to bolster mental health provision for all their officials, with initiatives led by Joel Jutge.

Head of match officials Jutge has overseen an expansion of a collective approach to performance reviews. Now all the top Test officials review performances from a weekend as a group, offering collaborative and constructive criticism on improving decisions.

World Rugby is also funding the provision of sports psychologists and therapists for use by match officials, at any time. The move is an acceptance of an at times murky social media climate, but is also understood to have been well received by officials, with any take-up of sessions entirely private and confidential.

The Erasmus sideshow has detracted for some time from Springboks head coach Jacques Nienaber’s shrewd stewardship.

Proudfoot insisted Nienaber warrants far more credit than he receives in some quarters. Asked if Nienaber’s achievements are overlooked at times, Proudfoot replied: “Well, I think that’s disrespectful to Jacques.

“He is a smooth operator and a very intelligent man. He was the defence coach when I was at the Stormers, they had an unbelievable defence, and he wasn’t just limited to that; Jacques expressed valuable input across the board of the game.

“That says a lot about a man, someone who is prepared to grow and evolve like that.”