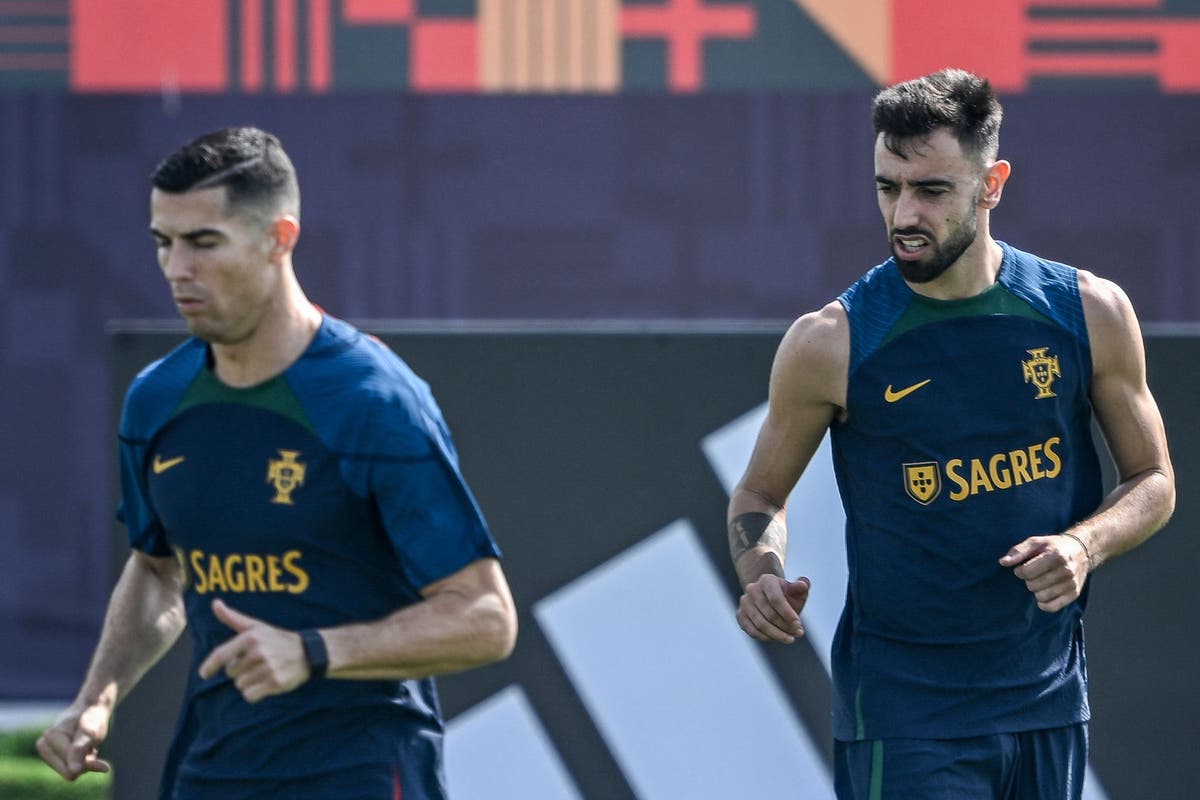 Following his explosive interview ahead of the World Cup, in which Ronaldo accused Erik ten Hag of disrespecting him and hit out at a number of senior figures at the club, it was always likely that the 37-year-old has played his final match for United.

That has proved to be the case, with it announced on Tuesday that Ronaldo had left the club with immediate effect. Both parties described it as a “mutual agreement”.

There were suggestions that Fernandes had given Ronaldo a frosty reception when the pair met having joined up with the national team, though that has since been downplayed. United full-back Diogo Dalot is also in the Portugal squad, with the situation certainly an unwanted one for boss Fernando Santos.

Portugal get their World Cup campaign underway on Thursday when they face Ghana, before fixtures against Uruguay and South Korea, as they look to go all the way in football’s biggest tournament for the first time in their history.

Speaking ahead of his country’s opening Group H match, Fernandes revealed he has not held discussions with Ronaldo over his United departure and insisted the squad were not giving any thought to club matters.

“We haven’t discussed the topic – we are all focused on the national team and the World Cup,” Fernandes said.

“You know how important playing for Portugal is for Cristiano and for all of us. It is the dream of every player. Our focus is 100% on the national team and we are all aware of what we have to do.

“I don’t feel uncomfortable. It was a privilege to play with Cristiano and a dream at the club. Cristiano has always been an inspiration for me, it was a dream to be able to play with him at Man Utd, but we know nothing lasts forever.

“It was good while it lasted but we have to respect his decision, regardless of us agreeing or not. We know it might be difficult to make decisions but these must be for the best of our families.”