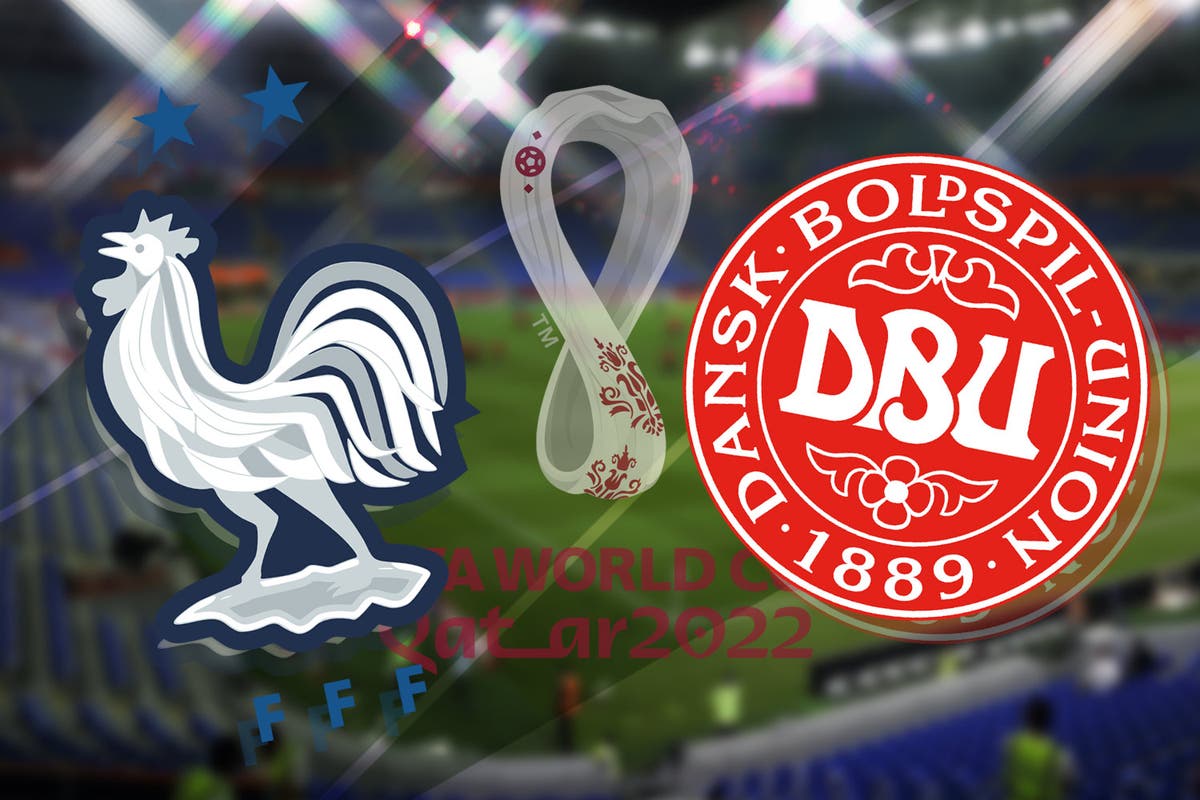 A resounding 4-1 victory over Australia got Les Blues’ campaign off to the perfect start, with Kylian Mbappe in sparkling form and Olivier Giroud drawing level with Thierry Henry as France’s all-time leading goalscorer.

This looks set to be their most difficult match though, up against a Denmark side that they have lost to twice already this year in the Nations League.

Kasper Hjulmand’s side will take real confidence from those results, though they were somewhat disappointing in their World Cup opener as they were held to a goalless draw by Tunisia.

Defeat here against the defending champions and Denmark will be under huge pressure in their final group-stage match against Australia.

Here’s everything you need to know ahead of the game…

France vs Denmark is scheduled for a 4pm GMT kick-off on Saturday, November 26, 2022.

Stadium 974 in Qatar will host the match.

Where to watch France vs Denmark

TV channel: In the UK, the match will be televised free-to-air and live on ITV, with coverage beginning at 3.05pm GMT.

Live blog: You can follow all the action via Standard Sport’s live blog.

Lucas Hernandez’s World Cup lasted just 13 minutes before he was forced off after rupturing his ACL, and he will play no further part in the tournament. His brother Theo Hernandez should start in his absence.

Raphael Varane and William Saliba will both be pushing to force their way into the starting lineup, but it would be no surprise if Didier Deschamps stuck with the centre-back pairing of Ibrahima Konate and Dayot Upamecano.

For Denmark, Thomas Delaney has also been ruled out of the rest of the World Cup after picking up a knee injury against Tunisia. Mikkel Damsgaard or Mathias Jensen are the two most likely to replace him in midfield.

Andreas Cornelius, who missed a huge chance in that match, could come into the side up front, after Andreas Skov Olsen failed to offer a real threat.

Despite that brief scare after falling behind, France looked incredibly sharp in forward areas against Australia, with Mbappe in particular looking right up for it.

Denmark meanwhile looked toothless, for all there was some nice build-up, and will likely have to rely on their final group-stage match if they are to reach the last-16.

Odds via Betfair (subject to change).