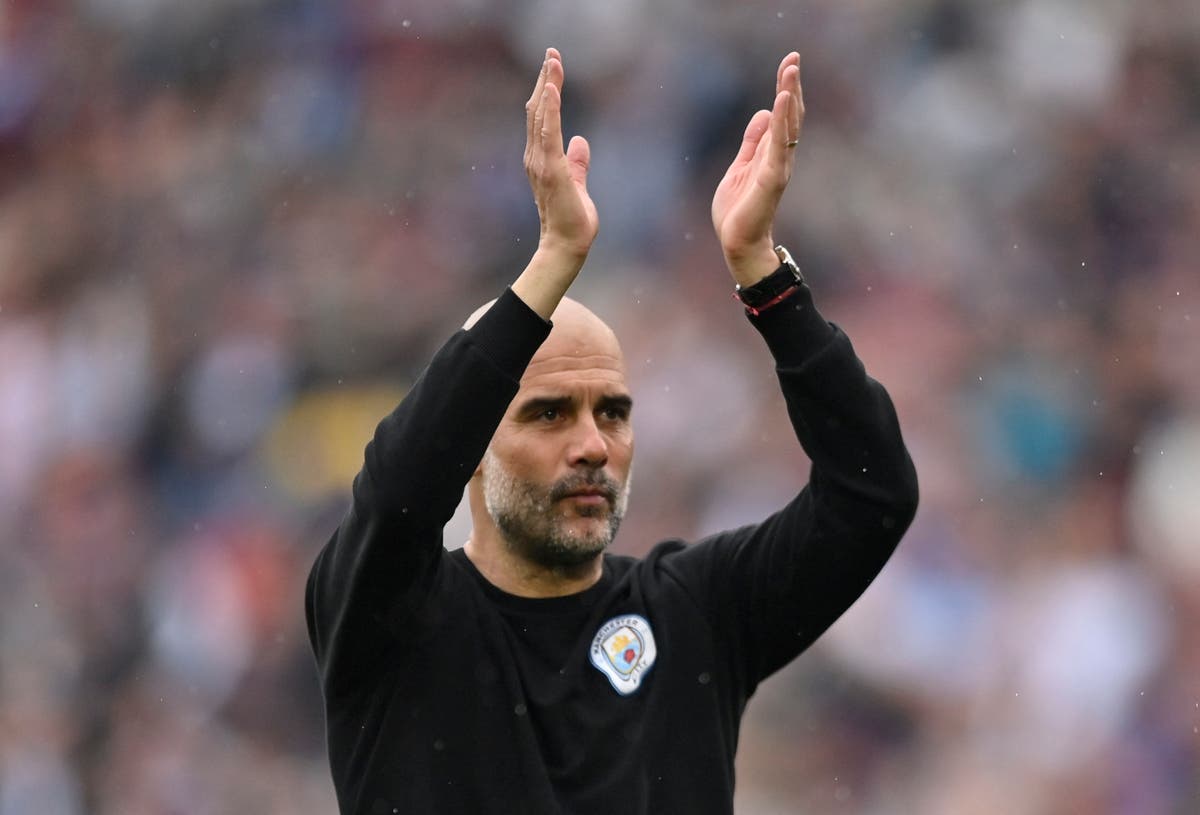 A 2-2 draw against West Ham ensured City remain in control of their own fate heading into the final week of the season, but it could have been even better. Riyad Mahrez stepped up to the penalty spot with five minutes remaining and had the chance to win it for his side, only for Lukasz Fabianski to guess correctly and deny the winger.

City have a four-point advantage at the top of the table, ahead of Liverpool’s trip to Southampton on Tuesday night. If Jurgen Klopp’s side are beaten, the title will be returning to Manchester once again.

Victory over Aston Villa at the Etihad next Sunday will get the job done for Guardiola and his team regardless of what Liverpool do in their final two league games, and the City boss was upbeat despite the missed opportunity.

“It would be perfect to win today but West Ham are fighting for the Europa League and made an incredible season,” Guardiola told Sky Sports.

“It’s so complicated to attack them and play against them, so difficult. It’s in our hands, that’s good.”

He added: “One more week, one more game with our people at home. I assure you something – it will be sold out at the Etihad Stadium, I promise you. We’ll do the best performance possible to win the game and win the title.”

That positivity may be explained by the fact that for 45 minutes it looked like City would be leaving the London Stadium empty-handed.

Jarrod Bowen put West Ham two goals up going into the break, twice making runs in behind and finishing with aplomb. A deflected volley from Jack Grealish and then a header into his own net from Vladimir Coufal pulled City level, earning the visitors what could prove to be a pivotal point despite Mahrez’s disappointing spot-kick.

“A great comeback, and a comeback against this team in this stadium is an incredible credit to the team,” Guardiola said.

“We played a really good game. They are so good in the transitions, Antonio gives you the tempo to use the ball and Bowen made two runs really well. They scored two goals.

“We spoke at half-time, don’t give up. If we score one goal, we’ll be in the game. Fortunately we scored early in the second-half.

“After, they had once chance with Bowen, we had a penalty. Fair result.