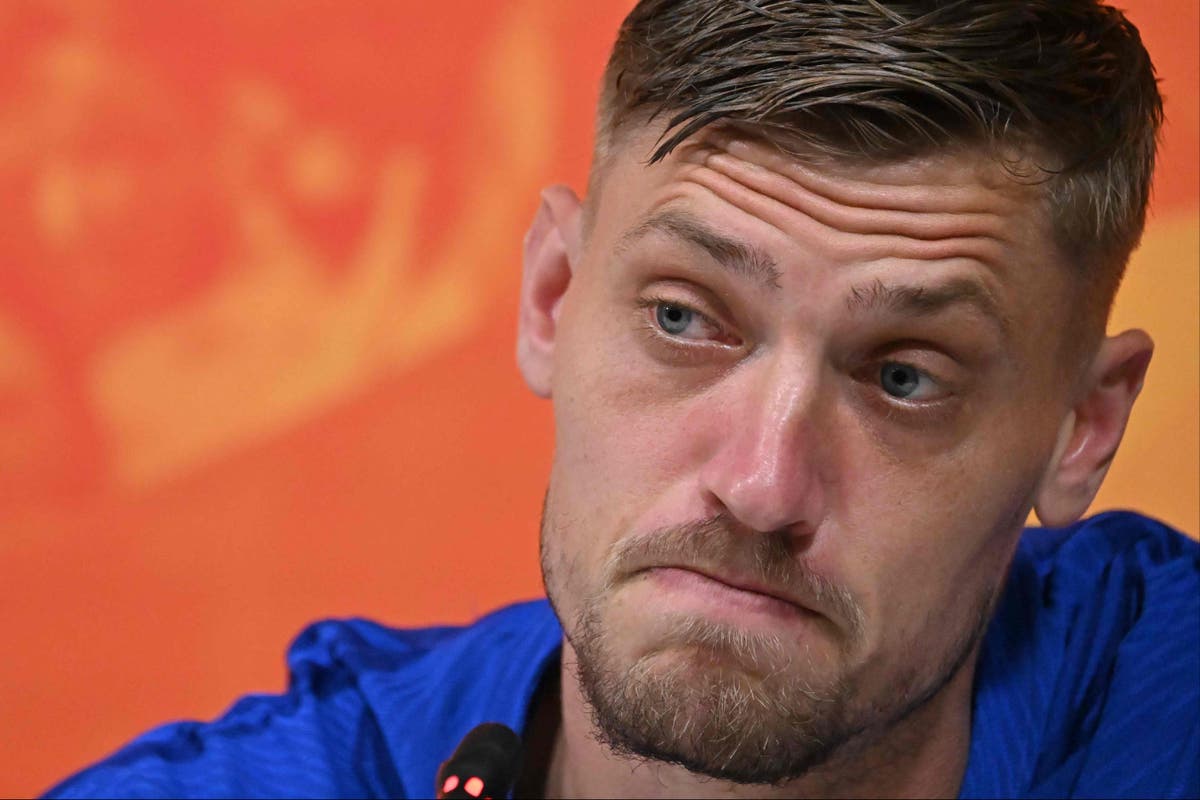 ven standing at 6ft 8ins tall, Andries Noppert could probably have walked through the streets of Qatar without turning heads before the World Cup started.

The Netherlands goalkeeper was a relative unknown three weeks ago, but tonight the eyes of the world will be on the man trying to stop Lionel Messi and Argentina.

Two years ago, Noppert considered retiring from football and becoming a policeman, after being released by Dutch second division side Dordrecht.

His journey since is a remarkable one. He has made barely 50 professional appearances and was only handed his international debut in the opening win over Senegal.

Noppert has impressed in the Netherlands’ run to the quarter-finals, and the 28-year-old Heerenveen No1 now faces the biggest game of his career against one of the best players of all time, but he insists he is not feeling the heat.

“[Messi] is the same as us, he is human,” said Noppert. “It depends on the moment — he can also miss, and we have seen it in games in this tournament. For me, it is not pressure.”

It was that unflappable nature for Heerenveen this season that made Holland head coach Louis van Gaal plump for Noppert as his first choice. Van Gaal, himself, was typically laid-back yesterday during his press conference, jokingly pulling Memphis Depay in for a kiss when laughing about how the pair did not get on during his time at Manchester United. The Dutch coach was typically blunt, too, giving a journalist short shrift when he asked how Holland would stop Messi.

Holland facing Argentina at a World Cup brings back memories of Johan Cruyff in 1974, Mario Kempes in 1978 and Dennis Bergkamp in 1998. Those meetings were all classics, but Van Gaal is not expecting similar tonight.

“Football is no longer being played as in 1998 or 1974 or whatever,” he said. “Then it was an open game, which it no longer is. You can have all sorts of opinions about that, but this is simply the way football has evolved.”

Van Gaal’s answer is hardly a surprise, given how the Dutch have set up in their first four matches. They are a functional and organised side, which has led to them being labelled “boring” by their own fans and media. That was suggested to Van Gaal again yesterday, a Dutch journalist pointedly asking if the evolution of football means teams now defend with nine players.

“This question of yours of nine defenders, I am not going to answer that,” said Van Gaal. “I consider it to be extremely negative, so you can come up with an answer yourself.”

Argentina, in contrast, have been anything but boring. After losing their opener against Saudi Arabia, Lionel Scaloni has revamped his team and brought in forward Julian Alvarez and midfielder Enzo Fernandez.

What has not changed, though, is their reliance on Messi, who inspired them to a 2-1 win over Australia in the last 16 and will try to do the same again tonight. Messi has almost God-like status here, with fans chanting his name relentlessly and even bowing down when he trots over to take a corner. But that will not faze Noppert.