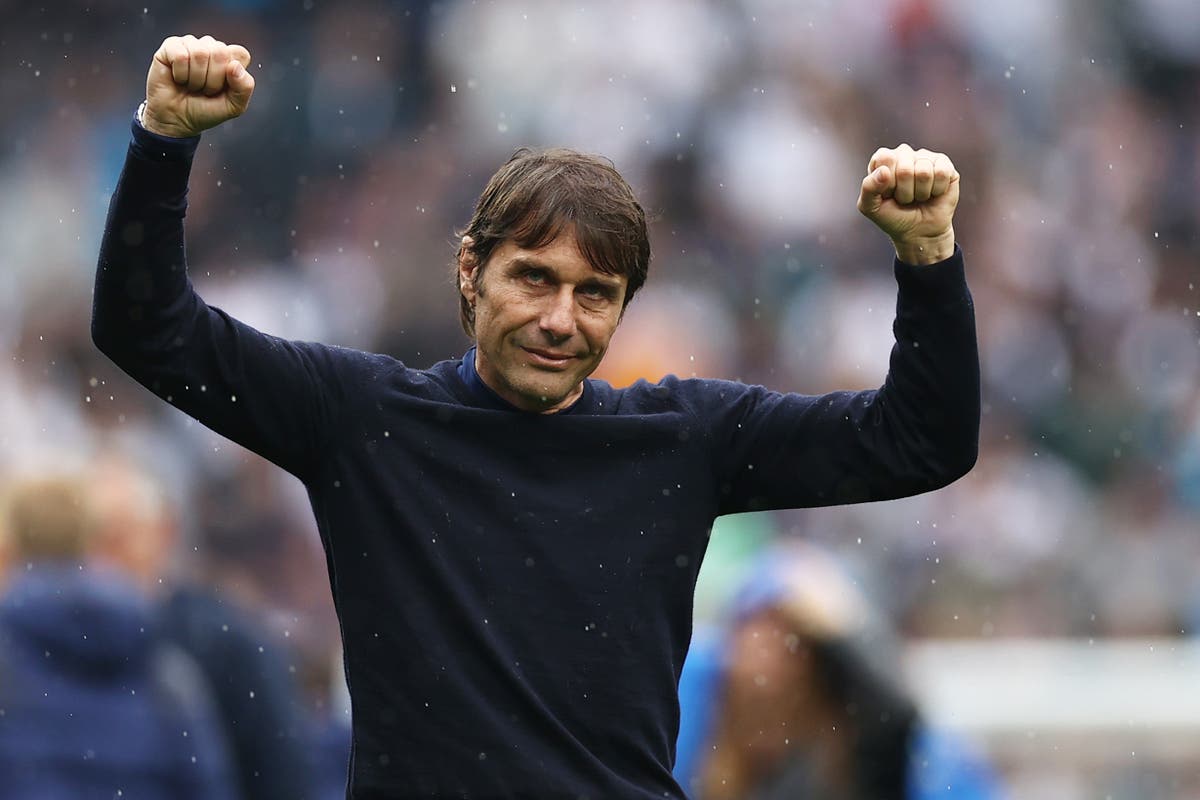 ottenham’s position going into the final day of the season is no longer in their own hands but, as he suffers through Arsenal’s visit to Newcastle tonight, Antonio Conte can reflect that his side have done their bit.

Seven points from the matches against Liverpool, Arsenal and Burnley, who went down 1-0 in north London yesterday, make Spurs narrow favourites for a top-four finish, at least temporarily. As it stands, Arsenal likely have two games to win to secure Champions League football and Spurs just one – against bottom club Norwich, who are longing for the end of a miserable campaign.

Perhaps Conte’s side might have pushed harder for a famous win at Anfield but that point could still be the difference, ensuring Spurs could afford to draw at Carrow Road and still be all but guaranteed fourth on goal difference, if Arsenal lose tonight.

Otherwise, Conte can have no complaints about three performances which have showcased different qualities in his team and suggest the Italian is building a side capable of both managing the biggest occasions and winning ugly.

If the 1-1 draw at Anfield was based on discipline, patience and a clear tactical plan, Thursday’s 3-0 derby win was all about handling the occasion and displaying a killer instinct and maturity once Arsenal lost their composure.

Yesterday, meanwhile, was about grit as Spurs dug deep against the relegation-threatened Clarets to grind out a crucial win, sealed by Harry Kane’s penalty in first-half stoppage time.

A stubborn Burnley side defended deep and in numbers, following a blueprint which has long succeeded in frustrating Spurs, and were always a threat from set-pieces and high balls, ensuring a palpably tense final 10 minutes.

With goalkeeper Nick Pope also in fine fettle, saving twice from Golden Boot-chasing Heung-min Son, Spurs had to keep their discipline and focus as their legs grew increasingly tired in the second half.

Top-four pushes are often built on these scrappy wins but Spurs have not had nearly enough of them this season, although taking eight points from Manchester City and Liverpool has made up the difference.

Conte had just one day to prepare for the game and his plans were further disrupted by a suspected virus in the camp, which left Hugo Lloris, Pierluigi Gollini, Harry Winks and Dejan Kulusevski with sickness and a fever.

All four players were included in the matchday squad, although Kulusevski was only fit enough for the bench, further diminishing Spurs’ right flank, which was already missing Cristian Romero and Matt Doherty, and effectively leaving Conte with 12 fully-fit senior players.

Conte’s decision to work with a small but fully committed group from January was a risk but has ultimately paid off.

The head coach returned to the pitch with his squad for the end-of-season lap of honour, and watched a highlights package with a broad grin on his face in scenes that could scarcely have been more different to last year, when supporters called for Daniel Levy’s head after an acrimonious defeat by Aston Villa.

The pressure will be back on the chairman if Conte walks away at the end of the campaign but having put the mental building blocks in place for success, it would increasingly feel like a huge shame if the Italian does not see where this project can go, whatever happens on Tyneside tonight.