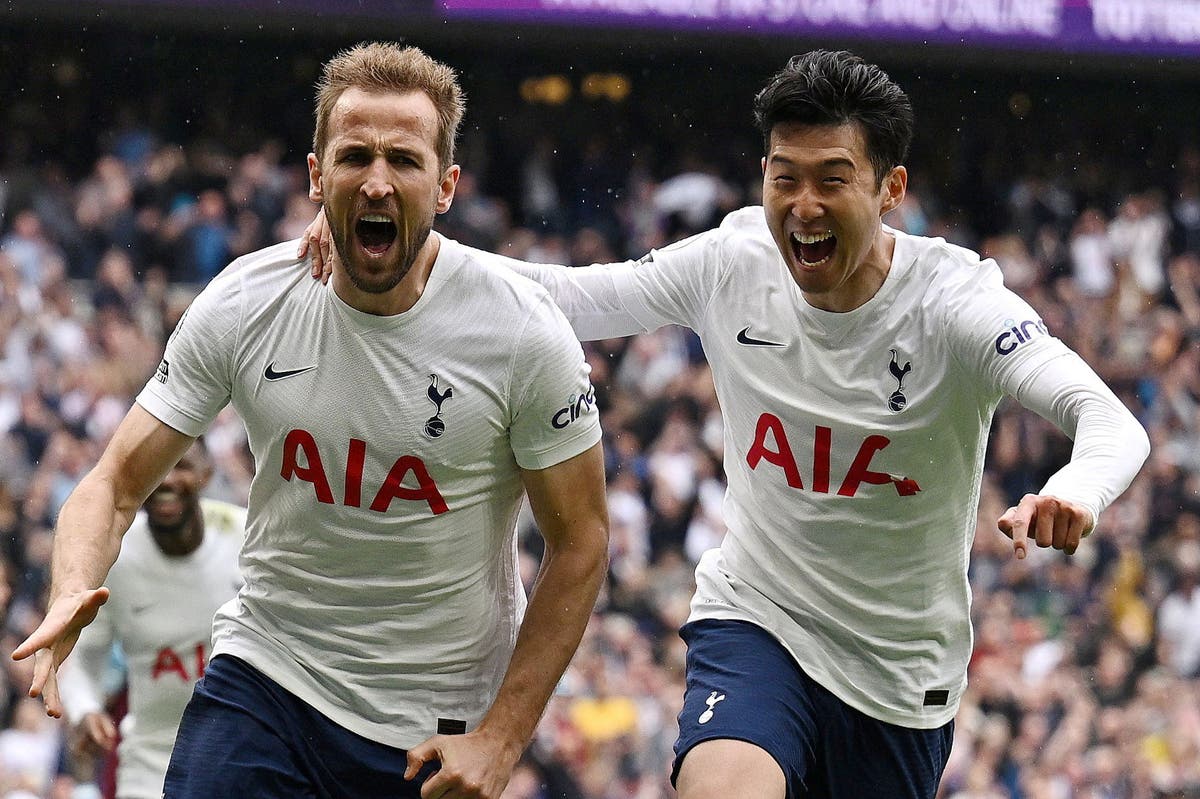 Tottenham leapfrogged Arsenal into fourth place by beating Burnley 1-0 on Sunday and the Gunners need to win at St James’ Park tonight to move back into the final Champions League qualification spot.

Arsenal suffered a damaging 3-0 defeat against Spurs on Thursday and travel to Tyneside with a threadbare defence, with Rob Holding suspended and both Gabriel and Ben White fitness doubts.

Should Arsenal fail to beat Newcastle, Tottenham will have Champions League qualification in their own hands in their final game of the season at basement club Norwich on Sunday.

Asked if the pressure is on Arsenal, who host Everton on the final day, Kane said: “I think so. I said after the game on Thursday night that we needed to back that up with three points yesterday.

“We knew it would be tough, it has been a tough week for us. To battle through that and get the win was really important.”

Antonio Conte has given his Tottenham squad Monday off to recover from a gruelling week, with Sunday’s early kick-off coming after the hard-fought draw against Liverpool at Anfield and Thursday’s 3-0 win over Arsenal.

“I will probably play golf this morning, spend some time with the family and then sit down and watch the game and hope for a Newcastle win,” Kane said.

“We’re not watching together, it has been a long week. People will be spending time with families for sure, and there is still another game, so we have done our job, we will focus on the game against Norwich and see what happens.”

Spurs had to dig deep to beat relegation-threatened Burnley and the tension was palpable in the final seconds as the visitors went in search of an equaliser.

“We had Liverpool and Arsenal and then this one, it was a quick turnaround so every game in the Premier League is tough,” Kane said. “Burnley made it difficult and the last five or 10 minutes were a bit nerve-wracking. They were putting balls into the box but I thought we handled it well, they weren’t creating too many chances where Hugo [Lloris] had to make saves. A good defensive display. I think the goal before half-time helped and overall a really nice win.

“When you look at our season they are the games we have not quite got over the line in, which is why we are in the position we are. It was nice to respond. It has been a tough week, travel, quick preparation and Burnley are fighting for every point and they make it tough. So overall really pleased and we are just waiting for tonight to see what happens.”