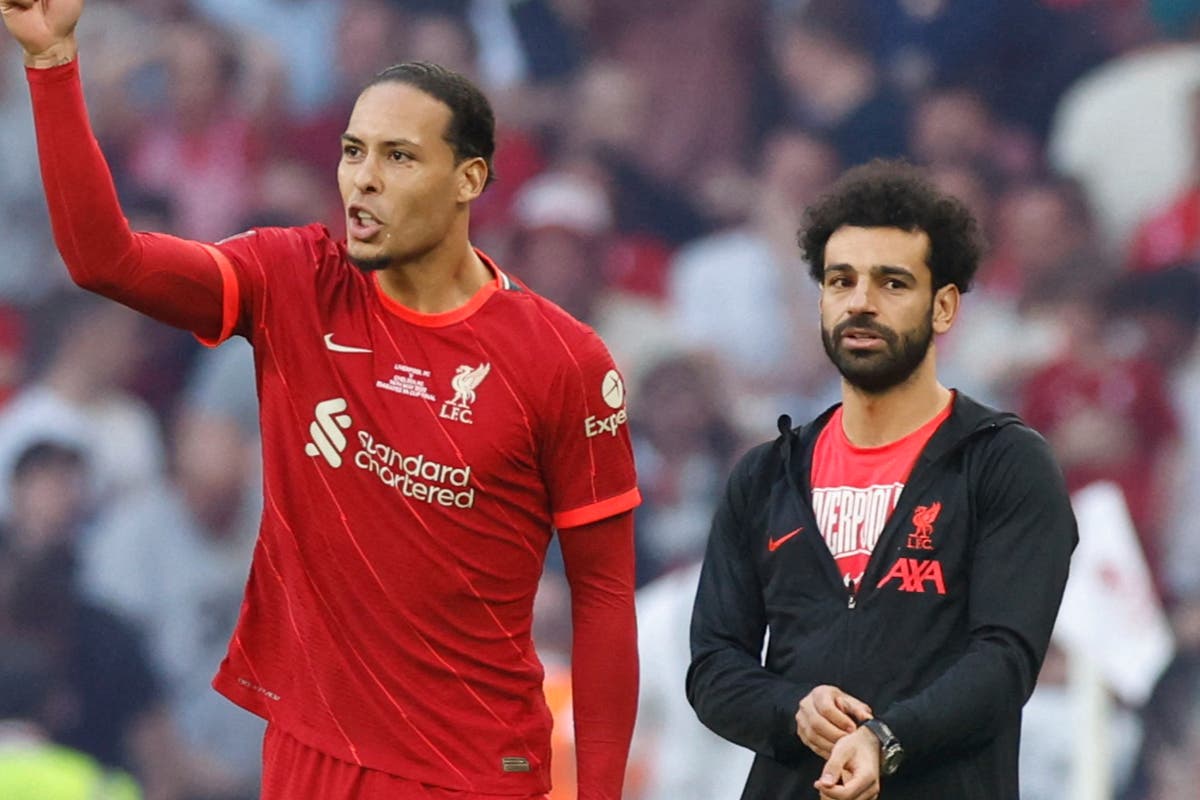 Salah and Van Dijk are both doubts for the crucial visit to Southampton in the Premier League on Tuesday night but Liverpool hope the pair will be ready for the Champions League Final against Real Madrid in Paris on May 28.

Van Dijk is the biggest worry after going off with a knee injury at the end of normal time at Wembley on Saturday. Salah has a groin issue, but it was just tightness. He was taken off in the first half as a precaution, despite insisting he wanted to play on, before Liverpool went on to win on penalties.

Speaking ahead of Tuesday’s trip to St Mary’s, Liverpool manager Klopp said: “The process is not finished. We have a lot of decisions.”

Van Dijk revealed after the FA Cup Final that he was struggling with an issue behind his knee, saying: “I felt [it] in the first half when I did a sprint in the channel. I played 20 minutes, or something like that, with a little twinge behind the knee.

“I played on but, in the end, I can’t risk it for the team and I need to trust Joel (Matip). We’re going to check it out. Hopefully, it will be fine.”

Another key Liverpool star, Fabinho, missed the dramatic win over Chelsea due to a hamstring injury that saw him limp off in the first half of the 2-1 win over Aston Villa last week.

While the Brazilian will remain sidelined against Southampton as the Reds look to move back within a single point of leaders Manchester City before the final day, he appears on track to face Real Madrid.

“He is progressing very well but he won’t be involved tomorrow. But it’s very good,” Klopp added of Fabinho.