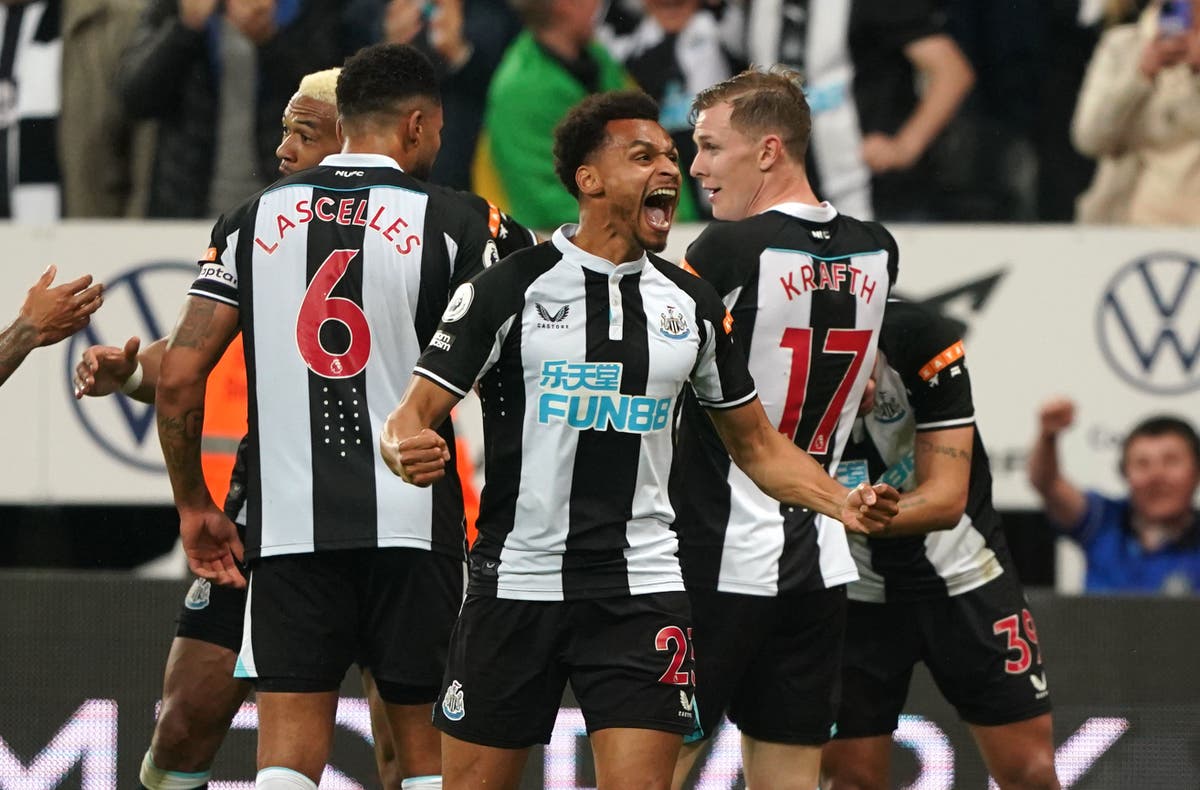 With Ben White and Gabriel fit to start, Mikel Arteta would have hoped to rely on some defensive solidity from his team but Aaron Ramsdale almost had the ball taken off his toe by Miguel Almiron after eight minutes before White went in the book for a lunge moments later.

For a game the Gunners had to win, their start was pondersome and only enlivened when Bukayo Saka began to run at Matt Targett, flying a couple of efforts towards Martin Dubravka’s unruffled goal.

Ramsdale, who had earlier flapped at a cross and diverted it goalwards, showed stronger palms to Allan Saint-Maximin’s rifled effort towards the near-post that nearly broke the deadlock on 37 minutes.

Shortly afterwards, Takehiro Tomiyasu added to Arsenal’s injury woes when pulling up as the visitors just about made it to the break level.

Gabriel Martinelli was thrown on early in the second-half to spark the visitors into life yet it was Newcastle who took the lead.

Callum Wilson, in his first start after four months out, caused mayhem at the near-post after a Nuno Tavares foul throw surrendered possession, and White put through his own net in attempting to turn the ball behind.

The goal failed to spark a serious rebuttal from Arsenal despite Arteta throwing Alexandre Lacazette and Nicolas Pepe on for defenders Tavares and Gabriel.

In fact, Wilson went close to a second twice with Newcastle looking the likelier side to score again. And so it proved with Bruno Guimaraes finishing off a goalmouth scramble with just five minutes left on the clock.