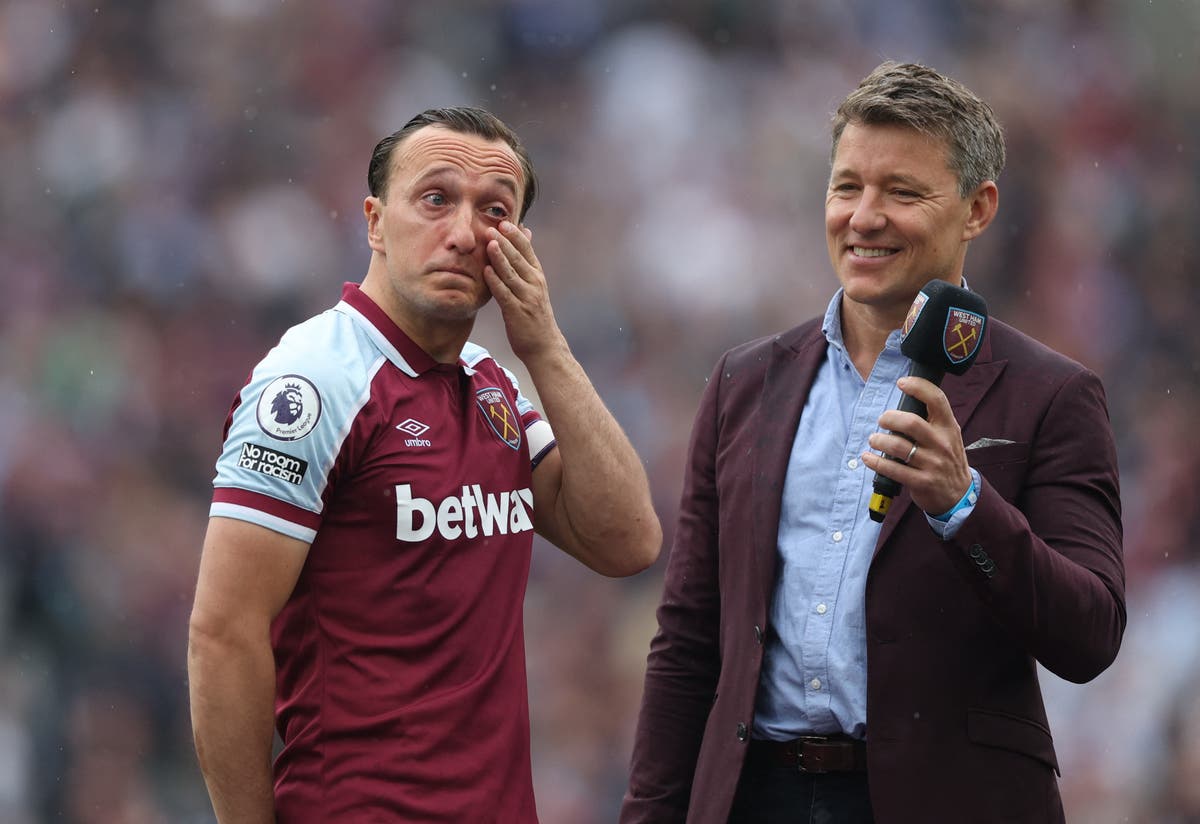 n emotional Mark Noble bid farewell to West Ham fans he called “family” after his final home match on Sunday, telling them: “I hope I’ve made you proud”.

Noble came on as a substitute in the 2-2 draw with Manchester City at the London Stadium, the Hammers’ last home game of the season.

It was the midfielder’s 549th appearance of a phenomenal 18-year career at the club, and while he could yet make that 550 at Brighton on the final day, this was a last opportunity for the Hammers faithful to pay tribute at their own ground.

Noble was introduced on his own prior to kick-off and then given a guard of honour by teammates, staff and their families after full-time, before being presented with a commemorative framed shirt.

“A little bit better after that performance, let me tell ya,” Noble said, when asked how he was feeling after playing in front of a home crowd for the final time.