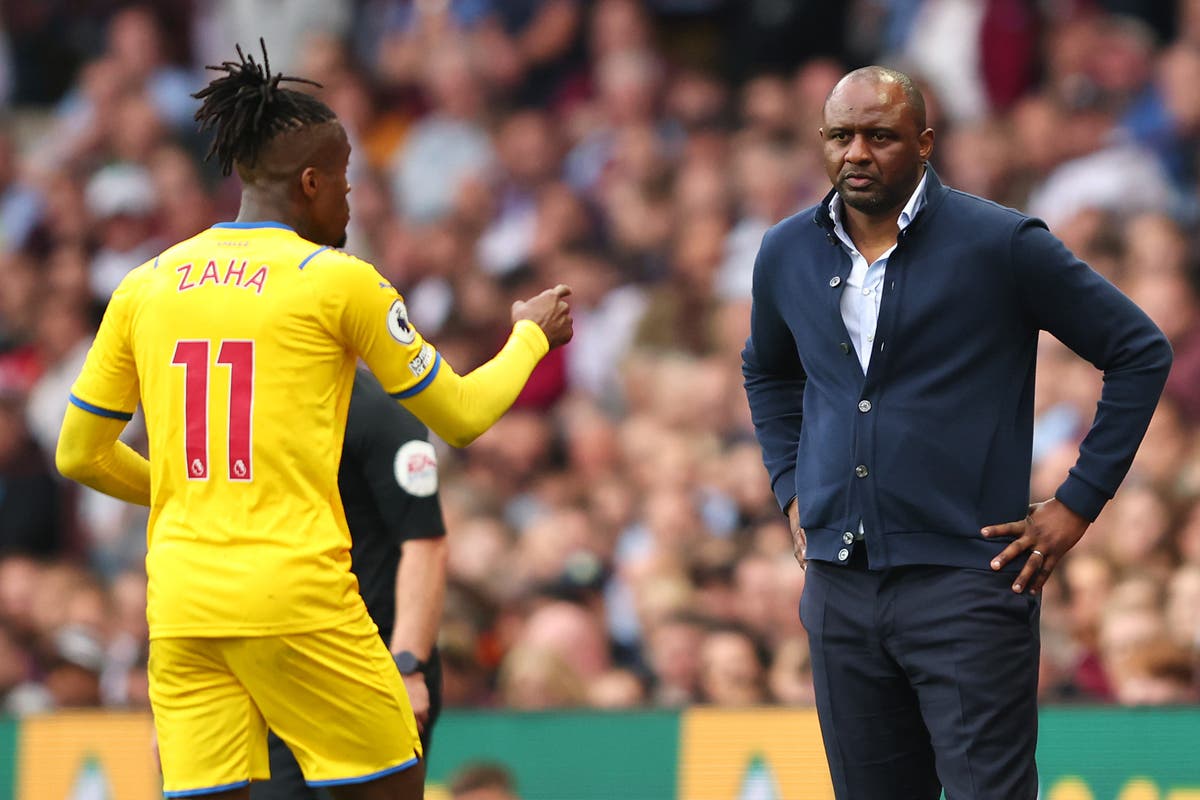 Zaha was involved in a battle with Villa midfielder John McGinn and was taunted by home fans when he reacted to some of the challenges against him.

The Ivory Coast international, who is Palace’s top goalscorer this season with 13 League strikes to his name, played the pantomime villain, cupping his ears to the crowd goading him.

Vieira said: “This is part of Wilfried and his character, his personality.

“This is a strength [and] weakness at the same time. At times there were some fouls, and he is a target player, of course, but he has to manage the situation.

“He has to manage his mind, he has to keep that energy, that strength to allow him to make those kind of differences in the last third. This is something he will have to manage better. Saying that, he is a target and it has been a bit difficult for him at times.”

Palace, who are 12th after their point at Villa Park, play at Everton on Thursday before hosting Manchester United on the final day of the season.