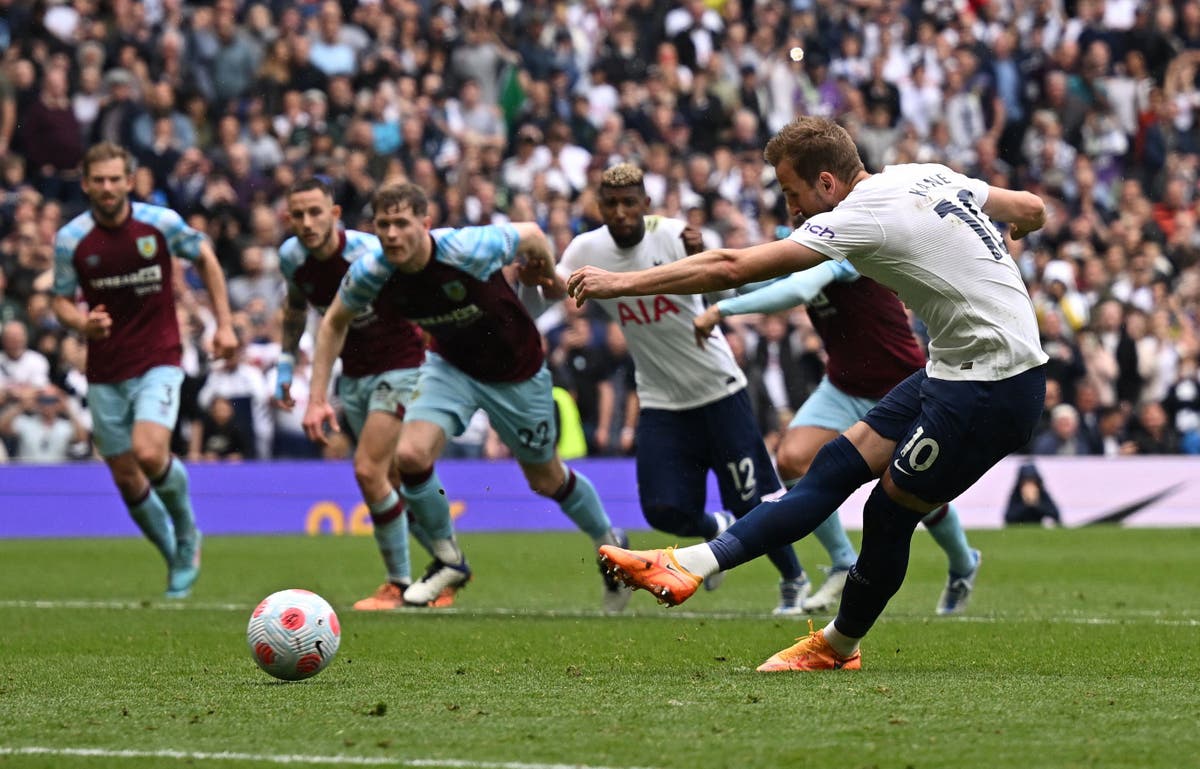 The hosts came flying out the trap and looked likely to break the deadlock during an intense period of early pressure, Harry Kane and Son Heung-min flying shots towards goal.

Hit by what Antonio Conte described as a virus pre-match, Spurs soon began to tire and Maxwel Cornet was denied one-on-one by Hugo Lloris as Burnley gained a foothold midway through the first-half.

Spurs led at the break however through a Kane penalty eight minutes into stoppage-time after VAR directed referee Kevin Friend to review a handball by Ashley Barnes.

Burnley were left furious by the decision, the home fans barely appealing the incursion before arguments broke out between the two benches.

It was the visitors who started the second-half stronger, Kevin Long and Nathan Collins heading off-target from set-pieces before a 20-yard piledriver from Barnes hit the woodwork.

Burnley continued to be a threat from long balls as the final whistle approached but Spurs held out to go fourth ahead of Arsenal’s trip to Newcastle on Monday.