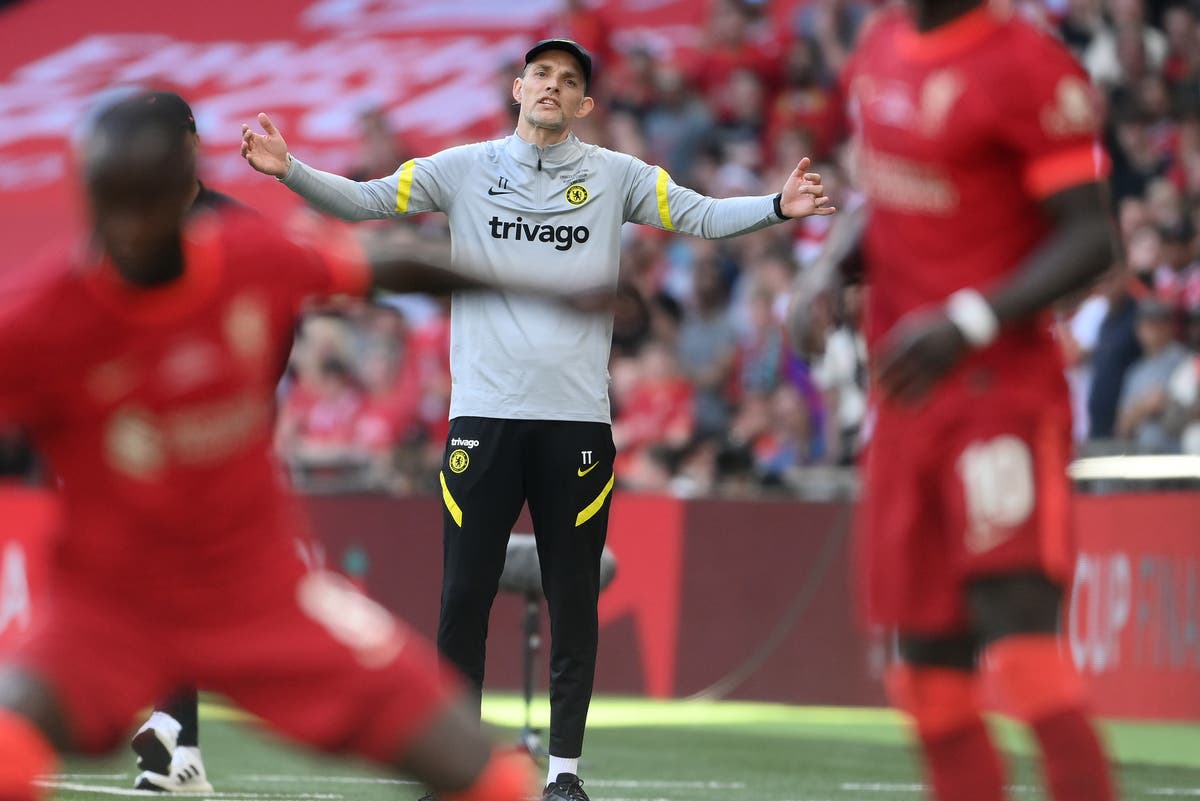 n their 60th game and fourth final of the season, Chelsea suffered FA Cup heartbreak for the third year in succession.

It took 14 penalties to separate them and Liverpool, whose quadruple chase remains alive.

This will be a particularly bitter pill for Thomas Tuchel to swallow as, once again, Jurgen Klopp could not find a way past him in 90 minutes or extra time – but still walks away victorious.

This game was a near-carbon copy of February’s Carabao Cup Final. Another goalless draw that should have yielded numerous goals. Another elongated shoot-out.

Since Tuchel took charge at Stamford Bridge, he has faced his fellow German on five occasions – winning one and drawing the others.

It is evidence of just how close it is between these sides in head-to-head battles – even if the league table tells a different story.

And if Liverpool do go on to win an unprecedented clean sweep, they will know how close they came to being derailed by Chelsea.

But that will be of scant consolation to Tuchel, who has watched a season that promised so much blighted by the fickle fate of penalties.

It was Kepa Arrizabalaga who missed the target to settle the Carabao Cup after 22 spot kicks.

On this occasion it was Mason Mount, whose shot was saved by Alisson, before Kostas Tsimikas fired home the decisive goal.

An Englishman failing from the spot, yet again – and at the same end of the pitch that saw the Three Lions lose a shoot-out to Italy in the final of last year’s Euros.

Edouard Mendy had already set himself up to be the hero by stopping Sadio Mane’s effort after Cesar Azpilicueta had hit the post with his.

But when Alisson stretched out a palm to stop Mount in sudden death, it put Liverpool’s fate in their own hands – and they did not waste a second chance.

Tuchel will know his team had their own chances to ensure the game did not have to go to penalties. Liverpool had their’s too in normal time, in a game that eerily echoed the Carabao Cup.

Whichever team ended up on the losing side, there would be moments to lament.

Such was Liverpool’s dominance in an early blitz that it was remarkable they did not put the game to bed there and then, with Mendy and Trevoh Chalobah combining to clear one Luis Diaz effort off the line.

But Chelsea held on to not only keep them at bay, but see a host glorious chances go begging.

Christian Pulisic failed to hit the target from 12 yards in the first half – and then Marcos Alonso fired straight at Alisson from close range when one-on-one with the goalkeeper.

Alonso would go on to hit the bar in the second half as Chelsea flew out of the traps after the restart. Pulisic steered another close-range effort straight at Alisson.

On the touchline, Tuchel had the look of a man who feared his best chances had passed – and so it proved.

But as long as Liverpool continued to let their own opportunities go begging, this match had the potential to go either way.

They hit the post twice in the space of a minute late on through the outstanding Diaz and Andy Robertson.

Other chances would narrowly miss the target.

By extra time, Wembley felt resigned to another shoot-out – with both teams appearing to share in that belief.

Adventure waned, while Tuchel’s decision to bring on Ruben Loftus-Cheek as a centre forward, and then hooking him 14 minutes later, must go down as one of the most bizarre Cup Final cameos.

Timo Werner, meanwhile, was unused throughout.

There will be regrets for the Chelsea manager, who claimed beforehand that victory at Wembley would go a long way to making up for their failed title challenge.

He can look back at a season in which he lifted the European Cup and the Club World Cup, while reaching both domestic finals.

But his side fell away in the race for the title by the turn of the year – and have twice been bettered by Liverpool, no matter how fine the margins in those one-off encounters.

How different their campaign would have looked with at least one of those trophies.

How different Liverpool’s would have looked, too.

Instead it is Klopp who goes in search of history in the final couple of weeks of the campaign, while Tuchel is left to mull over “what ifs.”