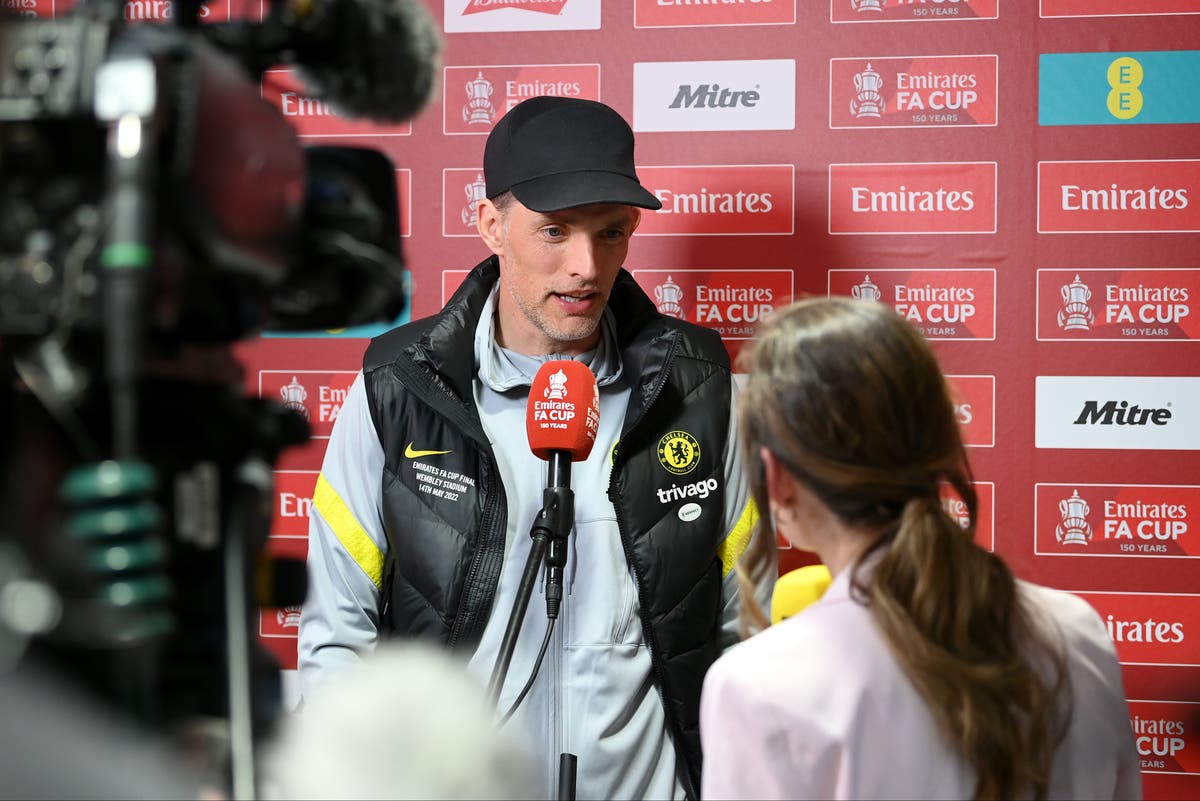 The Blues were left to suffer yet more shoot-out misery, after the 11-10 Carabao Cup final loss to Jurgen Klopp’s men in February.

Chelsea will host Leicester and Watford next week to close their Premier League season, with the Blues yet to tie up their third-place finish.

Tuchel has handed the Chelsea squad two days off now to recover – and refocus minds ahead of a crucial end to a punishing campaign.

Asked to judge Chelsea’s season, Tuchel replied: “It heavily depends on what we do in the next two games and where we end up.

“Then I will give my honest opinion.

“I will never promise victories there, but we will always give input, heart, passion, commitment, and we will always live up to our fullest, to have no regrets. So we will not stop doing it.

“It will be difficult to pick the players up now, harder after defeat, but not impossible.

“And maybe the best way about it is to be honest, we have now two days off and we need to prepare.

“The season is not finished, because we have goals to reach in Premier League.

“This is sometimes hard, sometimes it’s good, but it is what it is.

“Life goes on and it will go on latest next Thursday, and you’re in the middle of things at Stamford Bridge.

“We have still things to play for but it will be a bit harder than coming back there with a trophy and the confidence of a big win.”

Timo Werner remained an unused replacement on the bench amid Chelsea’s frustrating defeat, but Tuchel revealed afterwards the German picked up a hamstring issue in the warm-up.

Kai Havertz had failed a last-minute fitness test on a hamstring twinge too, leaving the Blues shy of forward-line options.

Substitute Ruben Loftus-Cheek was replaced at the tail-end of extra-time with penalties looming, with Tuchel confirming the midfielder was not injured – instead withdrawn in favour of Ross Barkley’s superior spot-kick acumen.

“Kai did not train yesterday with hamstring problems,” said Tuchel.

“He thought if he trained he would injure himself. We tried everything and even did a last test on the morning of the match but it did not work.

“Timo felt uncomfortable during warm-up and said he could not play, with a hamstring issue as well.

“With less options today, it was clear in some moments we would suffer.

“Everybody’s in pain, there’s no way you escape this game without pain.

“Mateo Kovacic even played with an ankle I didn’t even think you could fit into a shoe.

“Ruben was not injured, he doesn’t have a good history statistically in penalties, and Ross (has), so that was the decision.”