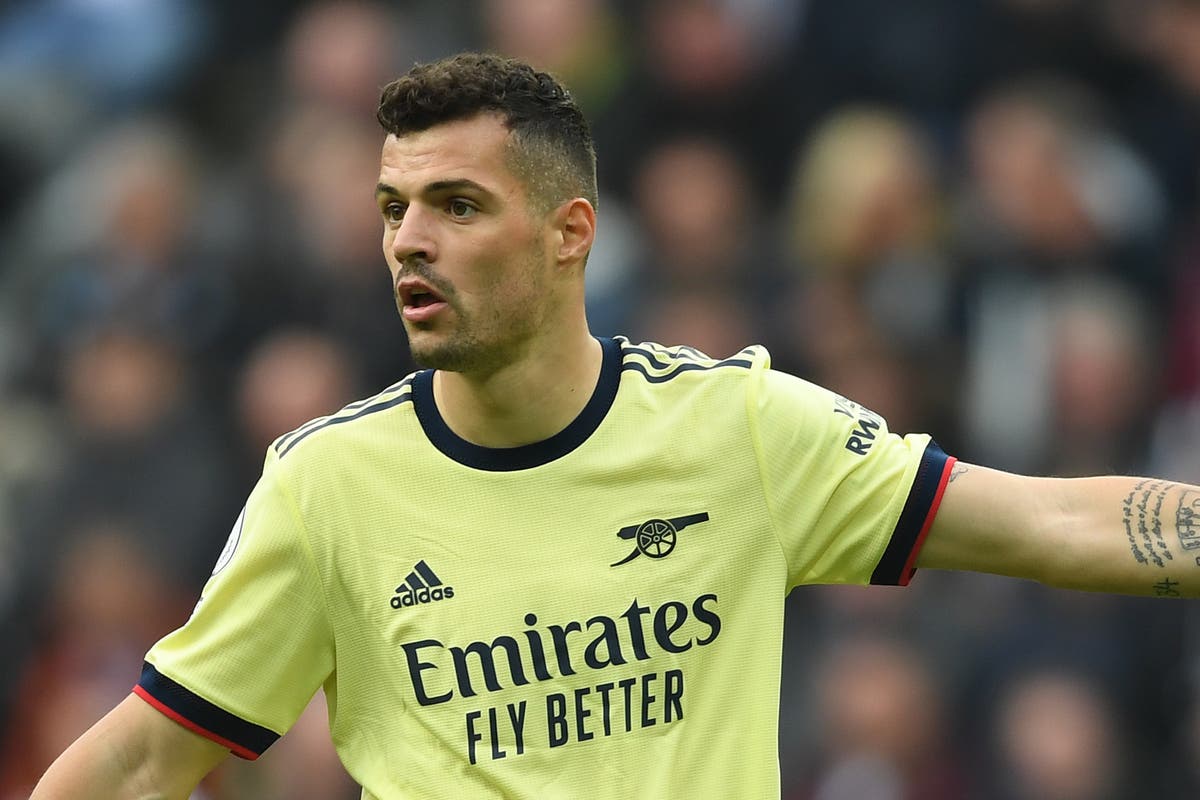 furious Granit Xhaka blasted his Arsenal team-mates after their Champions League qualification hopes suffered a significant blow with a “disastrous” loss at Newcastle, insisting they “didn’t deserve to be on the pitch”.

The Gunners travelled to St James’ Park on Monday night needing to bounce back swiftly from their heavy north London derby loss and win to leave a top-four finish in their own hands going into the final day of the season after Tottenham squeezed past Burnley on Sunday.

However, Arsenal ultimately delivered another shocking performance on Tyneside, deservedly going down 2-0 after a Ben White own goal after half-time and late Bruno Guimaraes effort.

Manager Mikel Arteta could not mount a defence for his players after an abysmal result that leaves Arsenal needing to win at home against Everton on Sunday and hope that Tottenham are beaten by bottom club Norwich at Carrow Road.

Xhaka certainly did not hold back in his reaction to events at Newcastle, who were dominant for large stretches and fully merited their latest impressive home victory under Eddie Howe.

“It’s so difficult to find the right words after the game. We came here to show a different game, but from the first minute to the 90th we didn’t deserve to be on the pitch today,” Xhaka told Sky Sports after the full-time whistle.

“I can’t explain to you why. We didn’t do what the game plan was, not listening to the coach. What happened was a disaster performance. Like this, you don’t deserve to play Champions League or even Europa League. It’s very hard to take it at the moment. I don’t know why we’re not doing what the coach is asking of us.”

Asked if the performance was as a result of a young Arsenal team feeling the pressure of a fierce top-four fight, Xhaka retorted: “If someone isn’t ready for this game, stay at home. It doesn’t matter your age. If you’re not ready for that or nervous, stay on the bench or stay at home. Don’t come here.

“You need people to have the balls to come here and play. It’s one of the most important games for us. A performance like that is not acceptable. We’re feeling very sorry for the people who came over here.

“Sorry to them (the fans), I don’t have any other words. The dressing room is very quiet. The game plan was totally different to what we did over 90 minutes. We are waiting for six years (to play in Champions League). We had everything in our hands.”

Xhaka’s fury at such a costly performance did not subside in a subsequent interview with BBC Sport, where he repeated his criticisms and insisted again that Arsenal now simply do not deserve to qualify for the Champions League.

“We wanted to have a big game but it didn’t happen,” he said. “It’s so difficult to find the right words. If you don’t listen to the coach and do your own stuff, it doesn’t work.

“People speak always about leaders. We’re not playing tennis, we’re playing football. If someone is not ready for this pressure, stay at home. You can’t come here and play like this. We looked very bad today. The game plan was totally different. We played a totally different game.

“They were running us over from the first minute to the 96th. When you play like this you don’t deserve to play in the Champions League. The thing is the pressure. If you can’t handle the pressure, it ends like today. It looks like we can’t do something against the pressure.”

Southampton vs Liverpool: How can I watch live on TV in UK today?
How we expect Liverpool to line up against Southampton tonight
Advertisement