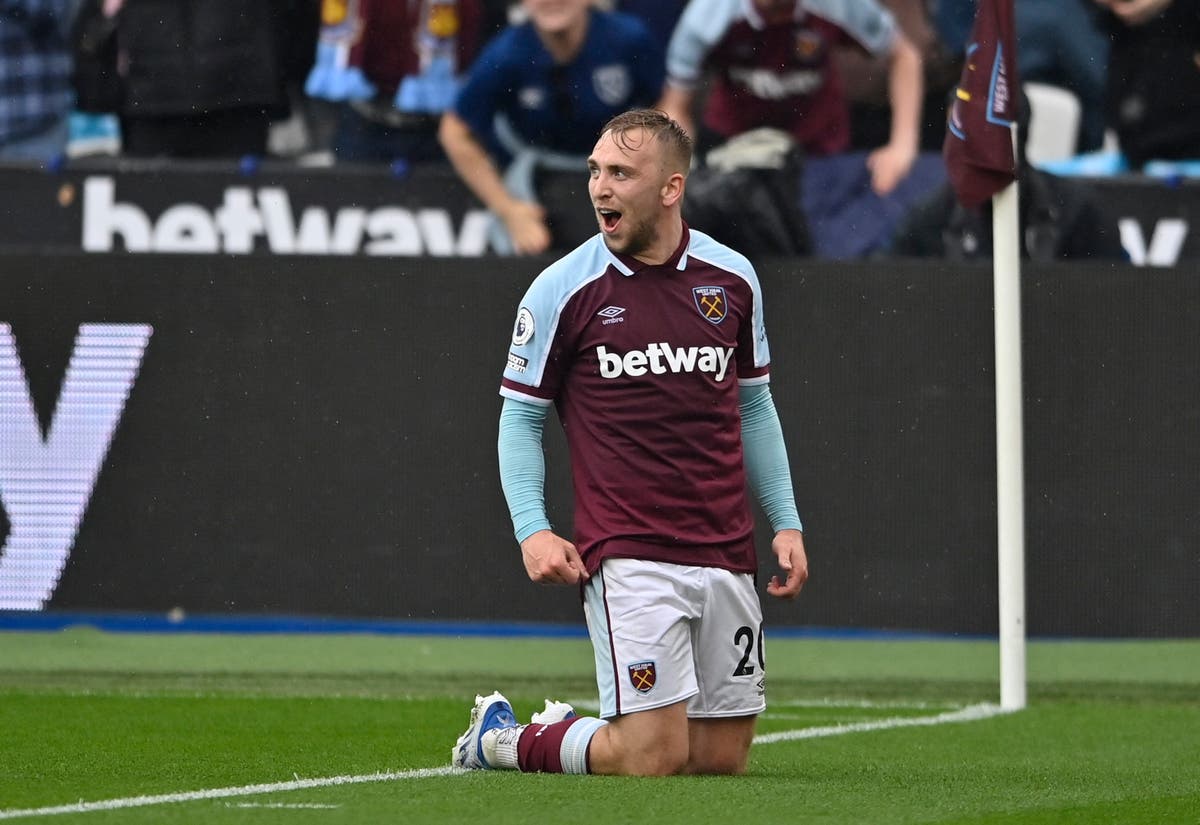 Here’s how David Moyes’ side rated at the London Stadium…

Undone by deflection for Grealish goal, then made smart stop to keep out Silva strike. Penalty save could yet prove one of season’s defining moments.

Looked distraught and glancing free-kick into his own net with no City player near him.

Two outstanding interventions to deny Jesus in first-half and gave nothing away.

Did well against Mahrez, with City’s best moments coming on opposite flank.

First tackle on De Bruyne greeted with huge roar and did a decent job against the in-form Belgian, curbing own attacking instincts.

Superb in shielding the back four and himself dropping into it at times to make vital challenges in the box. Back to his best after rest at Norwich.

Superb vision and instinctive pass to create Bowen opener. Grafted as hard as ever.

Relatively quiet afternoon for the Argentine before being replaced for Noble’s farewell.

Took his 11th Premier League goal of the season brilliantly from a tight angle after rounding Ederson, then scored 12th with another smart finish. Booked for cynical foul on Jack Grealish, who will surely soon be an England teammate.

Gave Fernandinho major problems whenever given the chance to run into space and set up Bowen’s second but wasted brilliant chance to score third himself.

Said he wasn’t bothered whether or not he played but got on for a deserved farewell appearance on an emotional day.