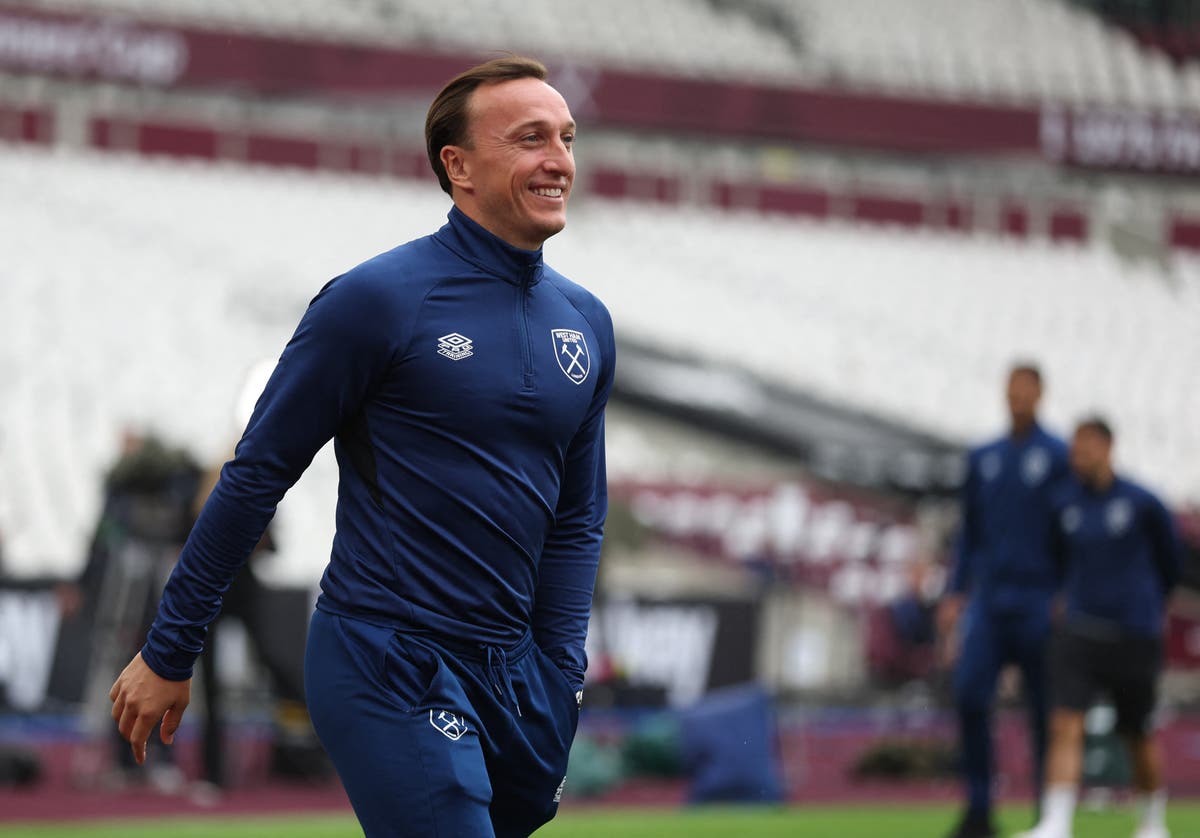 After Liverpool notched up part two of their potential quadruple, Manchester City can make a statement in the fight for the Premier League title today.

Victory over West Ham will put Pep Guardiola’s side within touching distance of a fourth league crown in five years after Kevin De Bruyne inspired a demolition of Wolves in midweek.

A three-point lead and healthy goal-difference advantage means even a draw could see the title being officially won before the final day, with Liverpool heading to Southampton on Tuesday night.

But first up are a West Ham team who have their own battles to win.

A place in next season’s Europa Conference League is not yet assured and the Hammers can even reach the top six if they can overturn Manchester United’s three-point lead in the final eight days of the season.

Furthermore, Mark Noble will bow out of the game at the end of the campaign and this will be his last chance to play in front of the West Ham faithful.

With kick-off at 2pm, keep up to date with all the action via Standard Sport’s live blog featuring expert analysis from Malik Ouzia at the ground…

Noble: Not bothered if I get on the pitch

Mark Noble insists he is “not bothered at all” if he doesn’t get onto the pitch during his West Ham farewell this afternoon.

Manchester City’s visit to the London Stadium is the Hammers’ final home game before Noble hangs up his boots after well over 500 appearances for the club at the end of the season.

“I’m not bothered at all if I play,” Noble said. “I’ve spoken about it with the manager.

“For me the club getting into Europe again, into the Europa League, outweighs a sentimental send off for me. Obviously, I’m going to get a great reception, I know that and if I get some minutes great but I have played enough minutes in my life.

“We need to worry about getting the points rather than worrying about me.”

City are certainly weakened by their injury problems but given the manner of their performances since going out of the Champions League, it’s difficult to bet against them.

West Ham may well be able to cause the much-changed defence problems, but City have been in superb goalscoring form themselves.

How they could line up…

Only Benrahma is of concern for this game however, with the manager saying on Friday: “Said’s a little bit of a question mark, he’s been back out doing some light jogging. Not quite as bad as we thought but he’s not quite as good as being fit.”

City, meanwhile, are suffering a defensive crisis. Fernandinho and Aymeric Laporte were forced off at Wolves, potentially joining Kyle Walker, Ruben Dias and John Stones on the sidelines.

Nathan Ake did come on and, pending any setback, looks most likely to partner Rodri in central defence if neither doubts recover in time.

How to watch West Ham vs Manchester City

TV channel: The game will be broadcast on Sky Sports Main Event and Premier League with coverage beginning at 1pm BST on the latter before kick-off at 2pm.

Live stream: Sky Sports subscribers will be able to watch the game through the Sky Go app.

Pep Guardiola’s men know just how important a win will be today in securing their fourth Premier League title in five years, but the Hammers have goals of their own to fight for.

Join us for all the build-up, match action and reaction from London Stadium, with kick-off at 2pm!