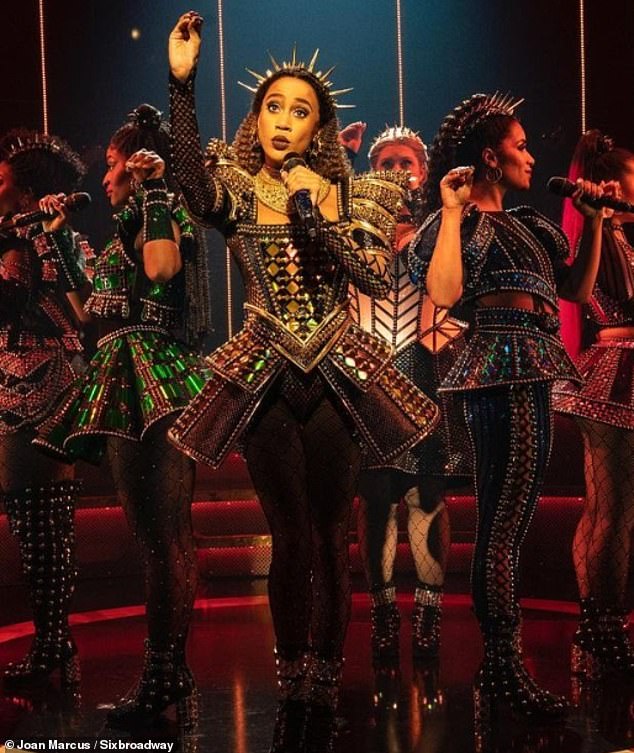 Six star Hailee Kaleem Wright has opened up about how she overcame homelessness twice as a struggling actress before making her Broadway debut.

The 29-year-old fell in love with theater over a decade ago when her mother, singer Asia Kaleem, was cast in a regional production of Hairspray. She joined the show as a swing, an offstage performer who understudies several ensemble roles.

Just a few months after her high school graduation, she found herself rehearsing in New York City and knew that’s where she wanted to be.

‘Me and my mom looked at each other, and we were like, “Let’s just pack up our stuff and move to New York. Let’s try to do this.” And, uh, it did not work out very well,’ she told People.

Six star Hailee Kaleem Wright, 29, opened up about how she overcame homelessness twice before making her Broadway debut 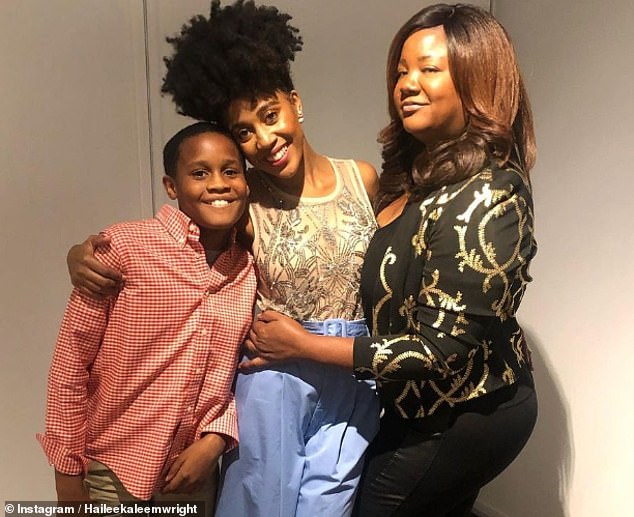 Wright was a teen when she moved to New York City to pursue her dreams with her mother, singer Asia Kaleem, and her younger brother, Joey, but they struggled to find an apartment

Wright, her mother, and her younger brother, Joey, struggled to find an apartment in the Big Apple after leaving their home in Houston. She recalled how their money ‘quickly dried up’ while living in hotels.

The family eventually turned to the Department of Homeless Services program in New York, where they waited for shelter for 16 hours. She called it ‘one of the most dehumanizing processes that I’ve ever experienced.’

The accommodation they were sent to in Southside Jamaica, Queens, had ‘bedbugs and just awful, awful scenarios,’ she explained. They had retail jobs but made minimum wage and were unable to make ends meet.

Wright found an agent and later documented her experience as an aspiring performer on the MTV reality series True Life, but they still ended up back in Houston. 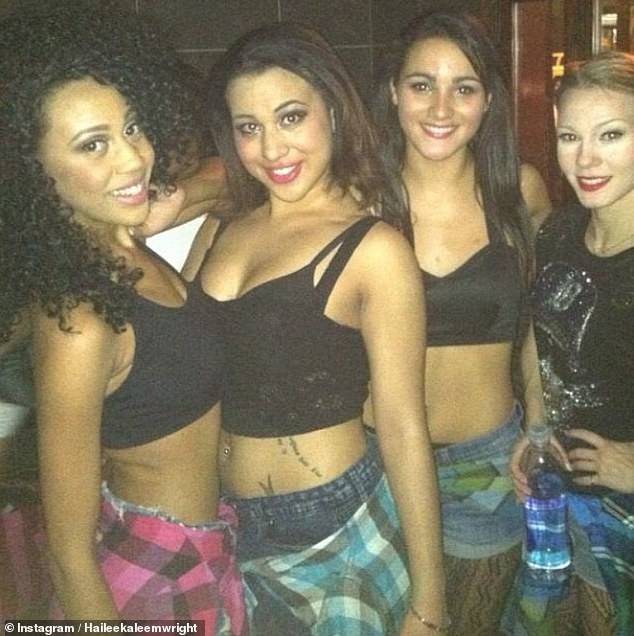 Wright (pictured in 2012) lived in shelters and worked minimum-wage jobs while going to auditions. She and her family eventually returned to their home city of Houston 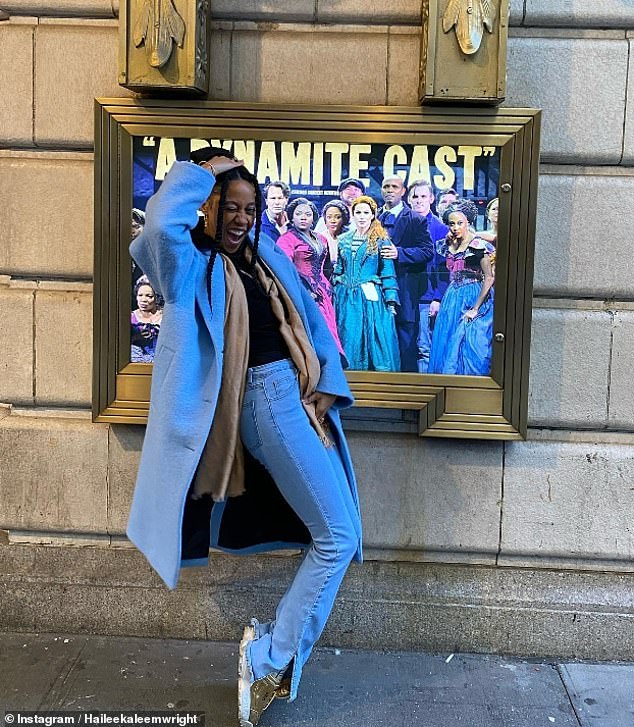 After experiencing homelessness for a second time, she spent her last $200 on one-way ticket to New York City and got an agent within a week 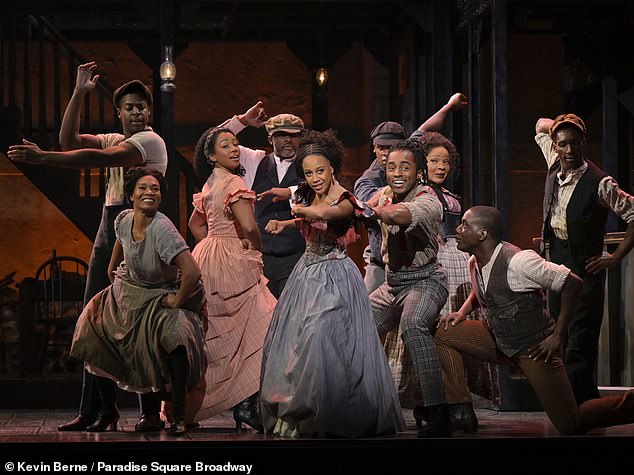 She was working at Xerox when she found out she had booked a gig working for Universal Studios in Japan. She had been living in a shelter when she had auditioned for the theme park job five months prior.

Wright, then 20, moved to Japan for the job and started making more money than she had ever before, but she didn’t know how to manage it. After she returned home to Houston, she and her family became homeless for a second time.

She had become a believer in the law of attraction after reading the self-help book ‘The Secret’ and made the decision to use the last $200 in her savings account for a one-way flight to New York City.

‘It had maybe been three or four months of living in and out of the car, in and out of hotels, and I was so miserable,’ she told People. ‘I bet on myself.’ 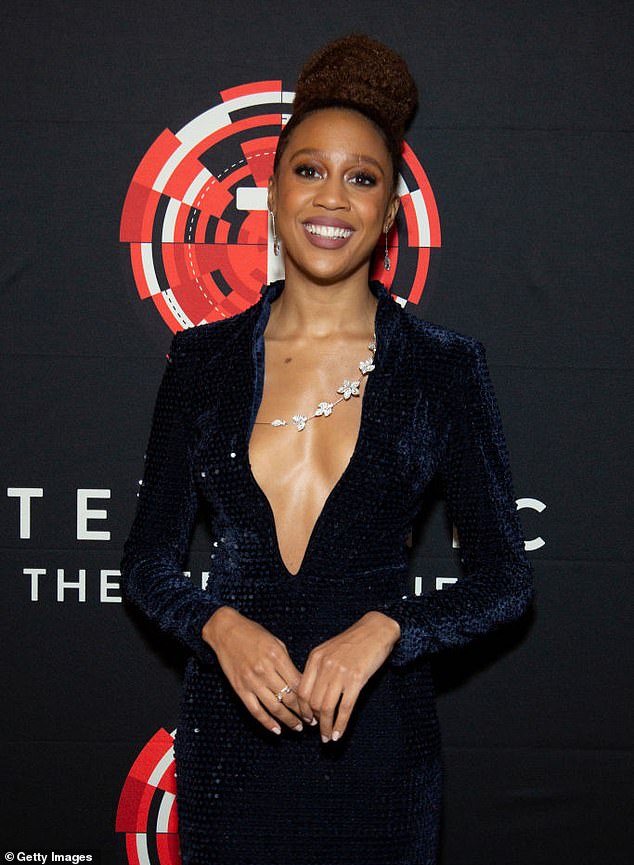 Wright encouraged her mother to move back to NYC with her, and she has also found success doing commercial work 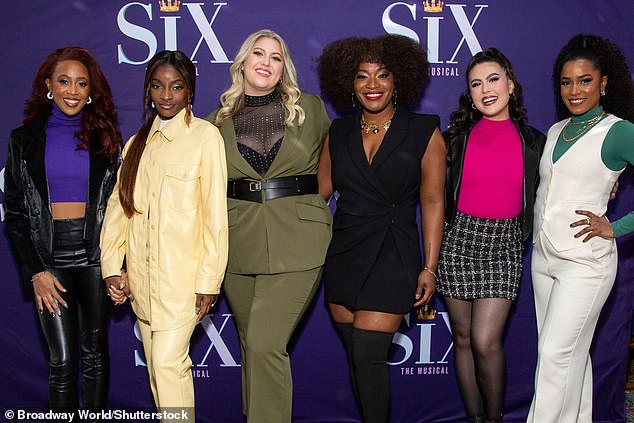 Wright is currently playing Catherine of Aragon in the musical Six on Broadway, a modern retelling of the lives of Henry VIII’s six wives. She is pictured with her castmates this month 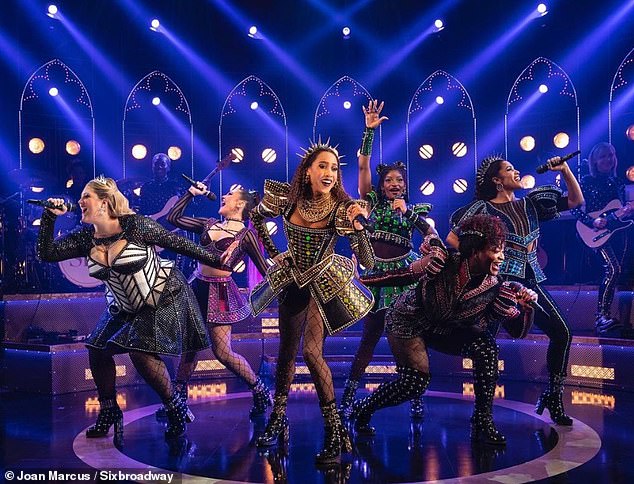 The actress teared up as she recalled seeing her mother in the audience during her first performance as Catherine, telling People the moment ‘felt so special and divine’

Wright stayed in a hostel and got three contract offers within a week. She recalled preparing for auditions in public restrooms and the subway before she was cast in the national tour of Beautiful: The Carole King Musical.

She refused to give up and encouraged her mother to return to the Big Apple to pursue more work as a performer.

Wright made her Broadway debut in the musical Paradise Square last year and has continued to thrive. She is currently playing Catherine of Aragon in the musical Six on Broadway, a modern retelling of the lives of Henry VIII’s six wives.

She teared up as she recalled seeing her mother in the audience during her first performance as Catherine. Kaleem has also found success doing commercial work.

‘It felt so special and divine, and I just felt so grateful to have really been a co-creator in the life that I wanted,’ Wright said.