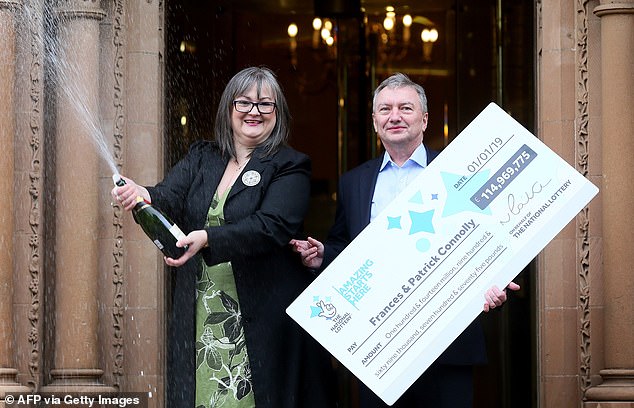 We all dream of winning the lottery, don’t we? How often have you said ‘Well, when I win the lottery…’ We stare out of the window and imagine what we’d do with untold riches.

Last week a single winner scooped the eye-watering sum of £184million on the EuroMillions lottery — it’s the biggest win in the UK and will make the winner one of Britain’s 1,000 richest people. They are richer than Adele, for goodness’ sake.

But while we might all fantasise about what we’d do with a windfall like this, is winning really all it’s cracked up to be?

There’s a difference, I think, between winning a few hundred thousand or even a few million. It’s enough to pay off debts, set your children up with homes and treat your friends.

Last week a single winner won the sum of £184million on the EuroMillions lottery. Dr Max Pemberton warns that these massive wins bring their own problems

You’ll lead a comfortable life, but things don’t need to fundamentally change unless you want them to. You can still live in your home and just buy a new car every now and then.

These mega-million wins, however, are something else entirely. We might be envious of their win, but enormous sums like this actually come with their own problems.

A look at how winners fare over the years shows the toll this kind of money can take.

Divorce, depression, alcoholism, drug addiction and family squabbles abound. A few years ago I had a patient who had won big on the lottery — not quite £184million but still a life-changing sum. It certainly changed her life — not for the better, but for the worse.

What I realised, listening to her, was that winning money is very different to earning it. Rich people who have built a business, for example, made sacrifices along the way, then figured out how to live with the increased wealth as the money started to come in. There is a sense, at least, that you’ve worked hard for your money and therefore deserve it.

Of course, we all know that this isn’t necessarily the case — there are plenty of people who work incredibly hard for little financial return — but the idea is still there: the money is a reward for the work you put in. 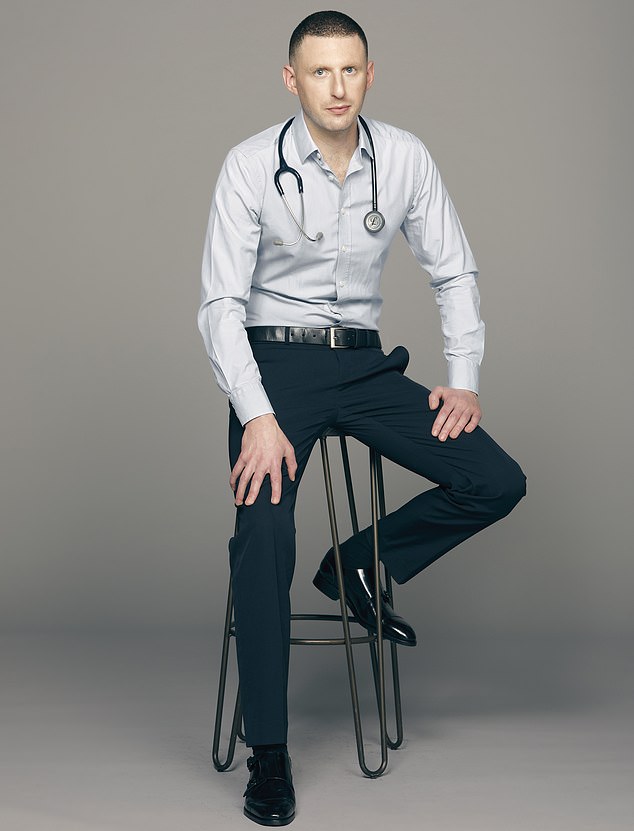 Winning a large sum isn’t the same. It creates a division between you and your existing friends and family. Those around you feel you don’t really deserve it any more than they do and they feel emboldened to ask you to shell out on things for them.

This is what happened to my patient. She suddenly found herself being inundated with requests for financial help from all and sundry.

People she only vaguely knew felt able to ask for money in a way they never would have done if she’d earned it. She ended up giving a lot away to these scroungers, and when she refused she was met with fury. How dare she say no, when she had so much!

What’s more, people who win big on the lottery are suddenly catapulted into another world they haven’t had time to become acclimatised to.

Overnight they go from being a dinner lady or a mechanic — having the odd treat, budgeting, saving and making ends meet — to never having to work again. It’s incredibly disruptive.

My patient’s win threw her life into a spin because, while she enjoyed her job, she didn’t love it enough to keep doing it.

She packed it in and quickly found she didn’t know what to do with her time. She had no routine or structure.

People who earn a lot of money have time to get used to their wealth. They will make a few new friends who have a similar level of wealth. They gradually change their consumption patterns: where they eat, what they spend their money on and so on.

Someone who wins the lottery overnight is confronted with the choice of either radically changing their life — one they might have been quite happy with — or sitting on their money and not really spending it, which people around them then resent because they feel they’re wasting their good fortune.

My patient felt so confused and lost with her newfound wealth that she began drinking. She made silly investments and gave much of it away.

Within a few years she found herself pretty much back to where she was before — only she had lost a few friends along the way and ended up depressed and suffering from a drinking problem.

Despite hearing her story, I do sometimes think about what I’d do if I won the lottery, but I also remember to be extremely careful what I wish for.

Why Kate should stick to using HRH

The Duke and Duchess of Cambridge want to be known by their first names, without their titles, to appear more approachable after their difficult Caribbean tour in March. I’m not sure this is a good idea. While we might refer to them as ‘Wills and Kate’, meeting them is a big deal for people, and using titles acknowledges this. Sometimes a bit of pomp and circumstance is what we need; formality isn’t always a bad thing. I think being a bit detached can be helpful. There’s been a similar move in medicine, with doctors using their first names and calling patients by their first names, too. This sits uneasily with me. When you’re having an intimate examination, for example, using a surname helps to keep some distance. Maybe it’s old-fashioned, but I also like calling patients by surnames. It conveys respect and keeps a suitable emotional detachment. We shouldn’t mistake being caring with being intimate.

Having IVF can be stressful enough, without the prospect of losing your job for taking time off to go to appointments. But, as this paper revealed, this is the reality. Now Tory MP Nickie Aiken has launched a campaign to get women legal protection to attend sessions. I hope it’s a success. 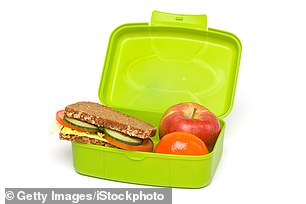 We’re often told it’s good to talk, but this requires a good listener, too. A recent study has found how powerful it really is to have someone let you bend their ear when you need it. Individuals in their 40s and 50s who didn’t have access to good listeners had a cognitive age that was four years older than those who did. Not all of us are blessed with partners or friends who have the time and skills to be a good listener. In those instances, counselling can really help when you need to get things off your chest.

Amateur cook reveals her delicious KitKat Biscoff cookie recipe: ‘These are the best cookies ever’
Author Patricia Nicol reveals a selection of the best books on: Female scientists
Advertisement