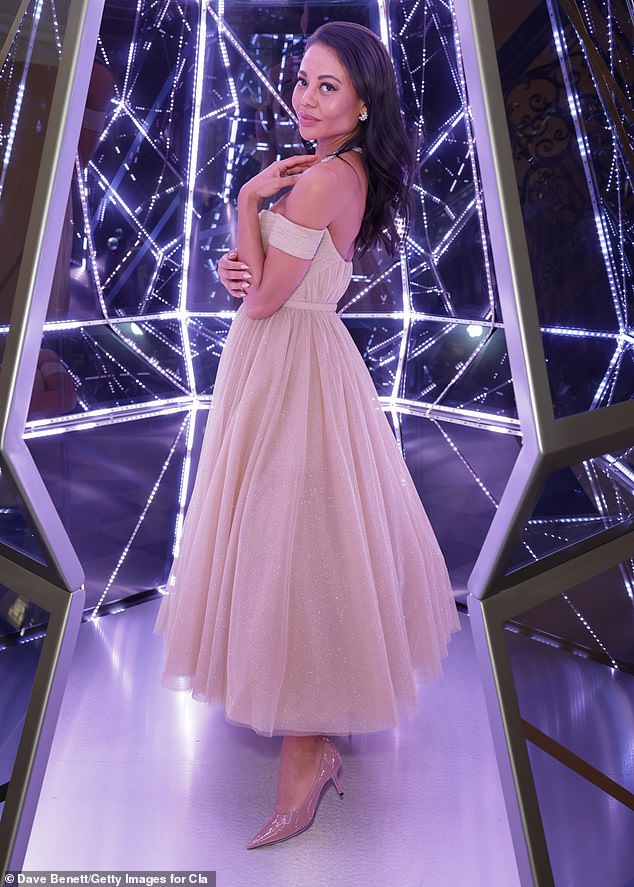 The Christmas party season is only just kicking off but Emma Weymouth appeared to be already full of festive cheer as she stepped out for an event on Wednesday night.

The Marchioness of Bath, 36, cut a glamorous figure in a shimmering nude gown as she joined other famous faces for the annual Claridge’s Christmas tree party.

With festive lights dazzling behind her, the former Strictly Come Dancing contestant looked radiant as she posed in the lavish five-star Mayfair hotel in London. 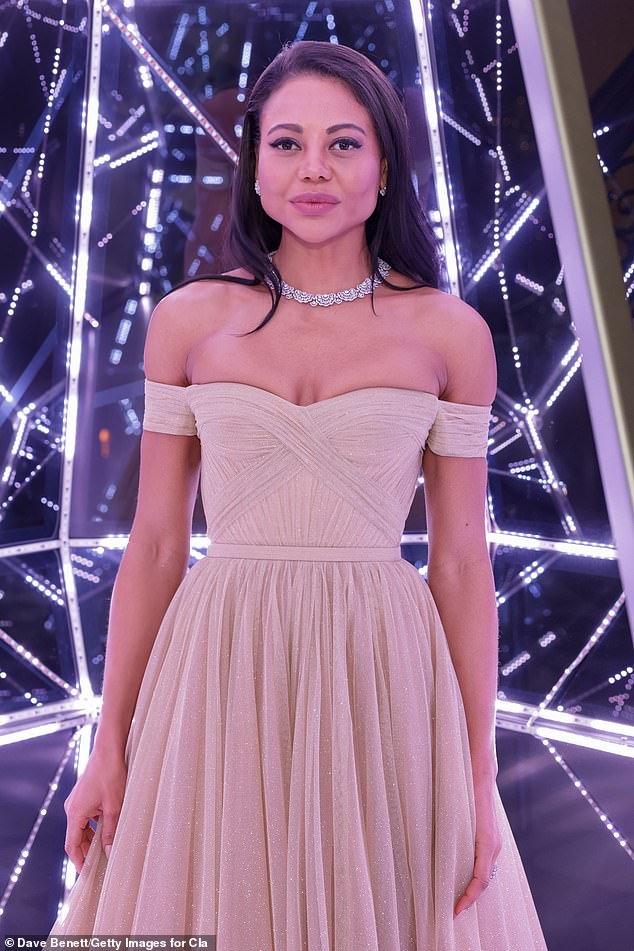 Keeping her straight hair down, the Marchioness added a smattering of glamorous makeup to her features to complete her look

Adding even more glitz to her ensemble, she teamed the look with a sparkling diamond necklace and equally dazzling earrings.

Keeping her straight hair down, the Marchioness added a smattering of glamorous makeup to her features to complete her look.

She posed up a storm on the event carpet with British model Erin O’Connor, who sported an eye-catching floral green coat.

Earlier this week, Emma looked incredible as she attended the Variety Club Showbusiness Awards 2022 at The Hilton Park Lane in London on Monday. 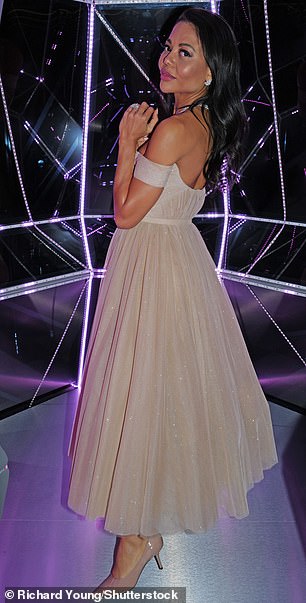 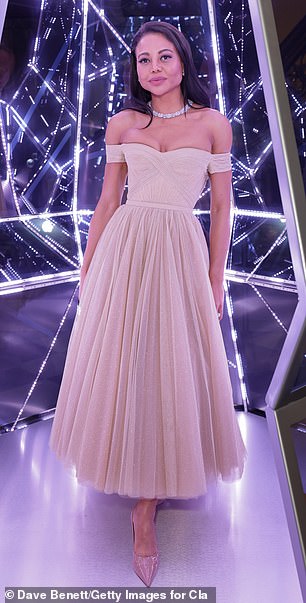 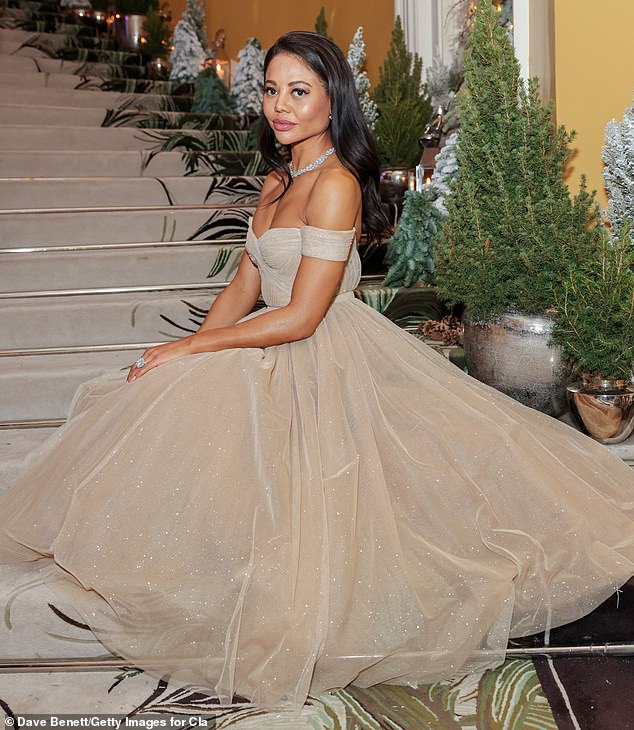 Voluminous: Her gown’s dramatic skirt, covered with a silver glitter effect, billowed around her as she posed on the steps 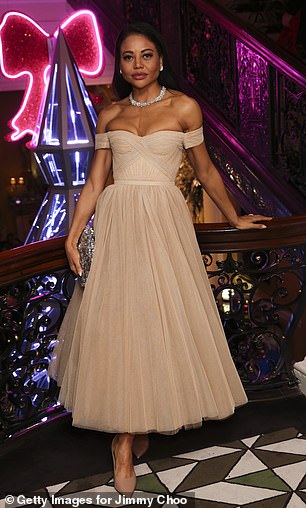 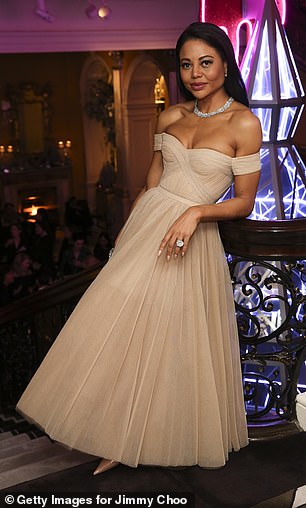 Grand arrival! She stunned in her elegant nude gown with a sparkly silver clutch bag as she posed for snaps inside the Christmas party

The Marchioness of Bath posed alongside Editor-In-Chief of British Vogue Edward Enninful at the awards.

Her stunning ensemble featured a plunging back and thin spaghetti straps. While Emma added height to her frame with a pair of heels and she accessorised with elegant diamond earrings and a chic silver necklace.

Wearing her brunette locks in bouncy curls, Emma completed her look for the event with a glam palette of makeup. 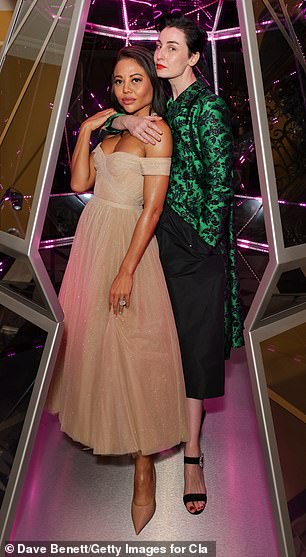 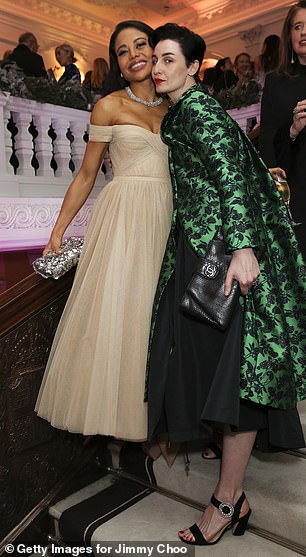 Best friends! After arriving for the Christmas bash, Emma posed for snaps with model Erin O’Connor, who donned a chic black and green leaf-print coat

Edward looked typically dapper in a black suit which he paired with a white shirt and a black bowtie.

The Marchioness has been married to Viscount Weymouth Ceawlin Thynn, 48, since June 2013, with the couple sharing sons John, six, and Henry, four.

Missoma jewelry is reduced by 30% so you can save on ear-rings, rings, necklaces and bracelets
Crown Princess Victoria of Sweden looks elegant alongside Norway’s Crown Prince Haakon in Kenya
Advertisement