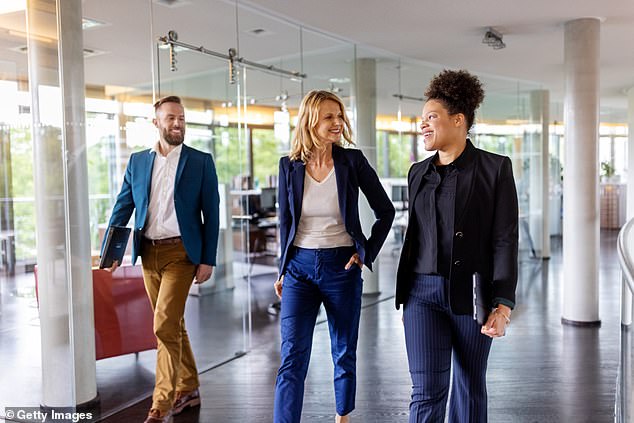 An etiquette expert has revealed the correct behaviour for the workplace including being early, dressing well, not using ‘Mrs or Miss’, and crucially staying away from gossip.

Jackie Vernon-Thompson, 52, says ways of behaving correctly at work also include not using your phone, social media, or addressing the CEO by their first name.

Jackie, from Florida, said ‘the mirror is your friend’ and staff should wear the right clothes as ‘your appearance communicates something.’

She strongly believes that workers should always do more than they are expected to do and not leave work as soon as allowed.

Jackie set up her business, From the Inside-Out School of Etiquette, eleven years ago – and explained that good etiquette is about understanding the hierarchy and avoiding gossip, as well as never addressing a woman by Mrs or Miss.

Jackie said: ‘Understand the hierarchy and respect the levels. Make sure you know how to address people accordingly – if you’re talking with the CEO, don’t address by first name basis unless requested.

‘If that request has not been made, use Mr or Ms instead. In the workplace we never address a lady by Mrs or Miss because it is nobody’s business whether she’s married or not. It’s inappropriate in the workplace.

‘That’s the most professional way, unless the culture in the workplace is to address everyone by their first name.’ 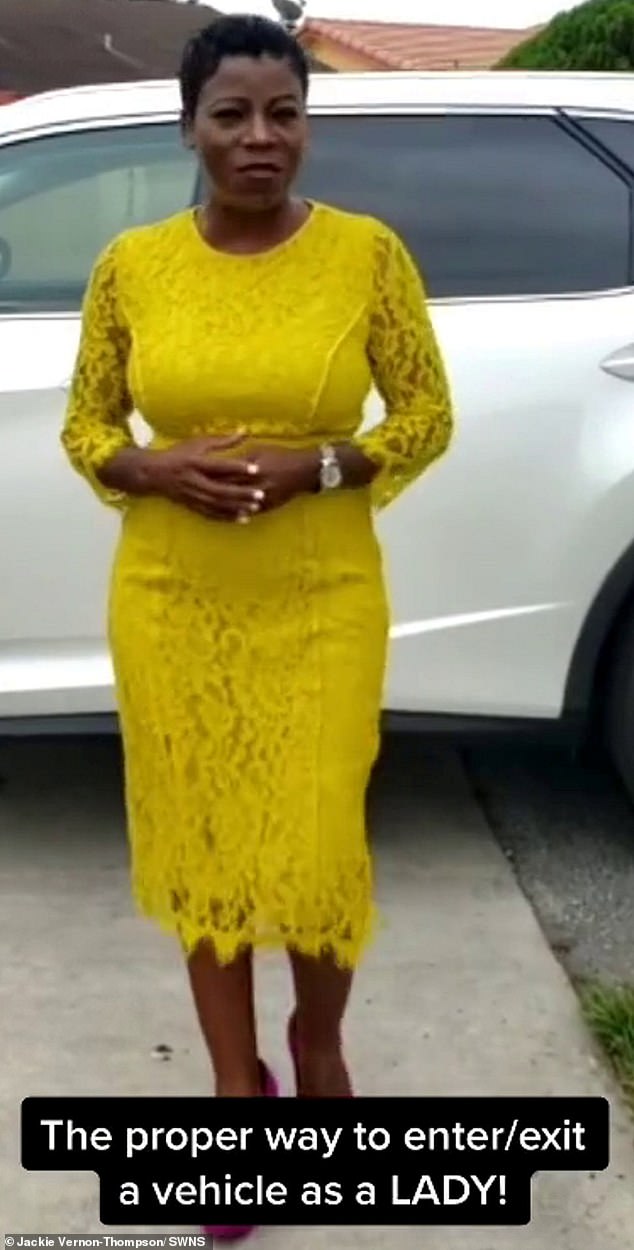 Dressing smartly and arriving for work early is also key, with Jackie insisting that you should aim to be at work at least 15 minutes before you start.

She said: ‘Arrive prior to work starting. If you start at nine, be there at 8:45. If work ends at five don’t be in such a rush to leave. Make sure your project is completed or it’s at a point that you can leave it for the next day.

‘When you’re in the workplace you should strive to do more than you’re expected to do.’

The etiquette expert said that by combining her rules with integrity, morals and patience is the foundation of an effective workplace.

When in the workplace, Jackie said that ‘respect is always a must’ as well as integrity, morals and patience and that combined, they create a ‘healthy’ work environment.

She advised that staying away from gossip and other people’s belongings in the workplace is important as is always paying attention to the ‘culture of the working place’ and following by example.

Jackie travels across the US teaching people how to conduct themselves in the right way.

She goes to businesses and schools across the country teaching men and boys how to be chivalrous and women and girls to be lady like as well as proper work etiquette and table manners.

Jackie became a certified etiquette expert after she graduated from the National School of Etiquette and Protocol before going on to do her own research on the subject.

Despite all her expertise in etiquette, Jackie says she wasn’t taught it from a young age and confesses that she had never used the word ‘etiquette’ before setting up her business.

Jackie admits her work has faced backlash before, with some saying the practice is dated and questioning why adults and children can’t do what they want.

However, Jackie said she ‘respect’s’ everyone’s preference and that etiquette protocols are only for those who want to be ‘refined’.

Jackie always tries to convey how important appearance is in terms of etiquette and reminds her students that ‘your appearance is always noticed’.

She said: ‘Never think that your appearance is not noticed. Appearance from head to toe communicates something – verbally and non-verbally.

‘I tell my students when you’re dressing in the morning that the mirror is your best friend. If what you have on is not right for society, then change.’

As well as appearance, Jackie says people should ‘strive’ to do more when in the workplace: ‘When you’re demonstrating proper etiquette, it’s about being extraordinary, not just normal.’

Keeping away from your phone and personal communications is also a must, says Jackie.

‘Stay away from your mobile phone. Personal communication should not interrupt your business communications and operations. Stay off of social media and do what you’re supposed to do,’ she said.

Cozy up to these savings! Get a Sealy mattress for 35% off, plus FREE bedding valued at $199
Queen Consort Camilla welcomes seriously ill children to Clarence House to help decorate her tree
Advertisement