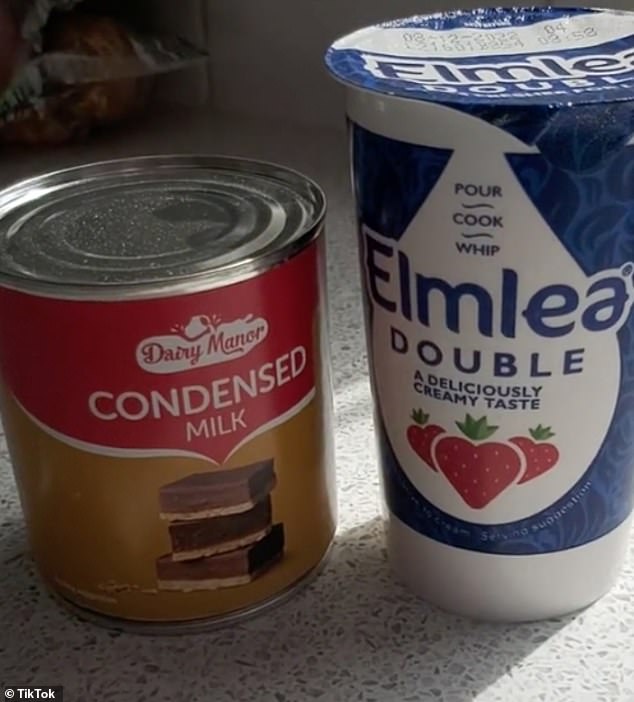 Woman reveals how she makes her own version of Mr Whippy ice cream that ‘tastes exactly the same’ for just £2.10 – and with only TWO ingredients

A woman’s £2.10 homemade recipe for soft serve ice cream that tastes ‘exactly like’ Mr Whippy with just two ingredients has taken the internet by storm.

TikTok star Emmah Ord posted her attempt at making the ice cream – praising it for ‘tasting exactly the same as Mr Whippy’ – and everyone loved her creation with the clip receiving 1.9million views so far.

However, some commentators noted that Elmlea Double, which she used for he recipe, is actually a cream alternative.

A woman’s £2.10 homemade recipe for soft serve ice cream that tastes ‘exactly like’ Mr Whippy with just two ingredients has taken the internet by storm

At popular supermarket Sainsbury’s, double cream can be bought for just £1.05 – and condensed milk can be purchased for exactly the same price.

In her video on her TikTok site @EmmahOrd, the person said: ‘Rumour has it that you can make Mr Whippy ice cream using condensed milk and double cream – so obviously, I’m going to give this a go.

Emmah decided to add chocolate drops into her particular mix.

She added: ‘I’ve got this huge bag of chocolate drops so I’m going to use these. Look at that, doesn’t that just look smashing?’ The video ends with her saying: ‘Follow for the tasting.’ 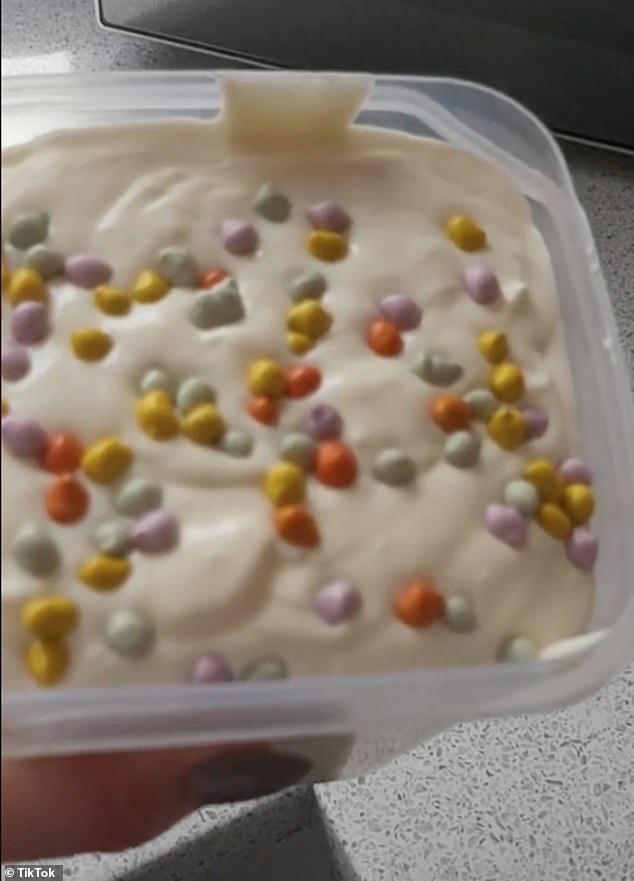 The perfect soft serve ice cream ‘didn’t even go hard’, and Emmah decided to add choc drops to her version

Followers were desperate to know how it tasted – and eventually she posted a new video with her results.

She responded: ‘Wasn’t expecting this video to blow up as much as it did,’ and then she finally said: ‘It’s sooo good. Never buying Mr Whippy ever again now I can make it.’

‘It’s absolutely amazing,’ she added. ‘It doesn’t go rock hard! It tastes exactly the same as Mr Whippy – and I did put chocolate drops in to flavour it.’

70% of Americans are not getting proper sleep
Boy, 12, almost lost his testicle after being thrown over handlebars of his bike
Advertisement