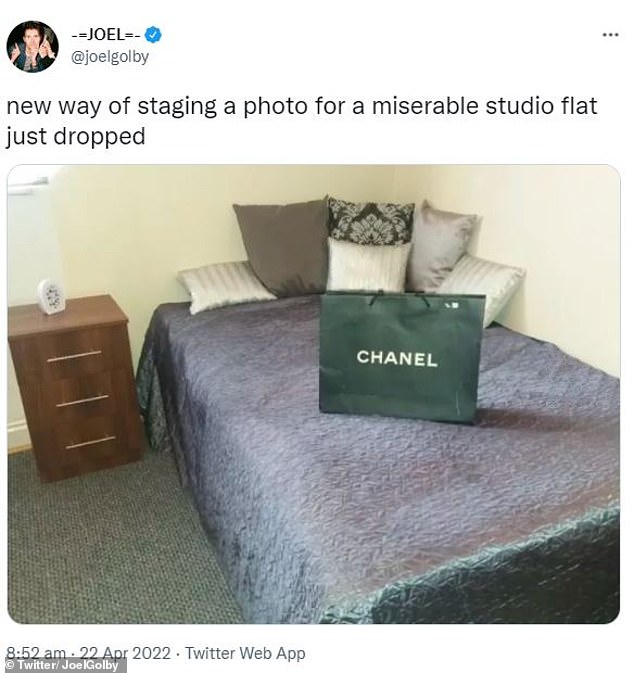 You’re not fooling anyone! Landlord is ridiculed for using luxury shopping bags to advertise a ‘miserable’ studio flat in Leeds for £535 per month

A landlord has been slammed after staging luxury shopping bags in photos of a ‘miserable’ rental property in Leeds.

Vice writer Joel Golby, who has an eagle-eye for spotting bizarre property listings, noticed the one bedroom studio flat available to rent for £535 a month excluding bills on real estate website Zoopla.

Almost all of the photos attached to the advert contain a shopping bag from a luxury brand such as Chanel or Harrods.

The landlord has increased the price of staying at the property by £9 since the advert was first created, despite its bleak appearance. 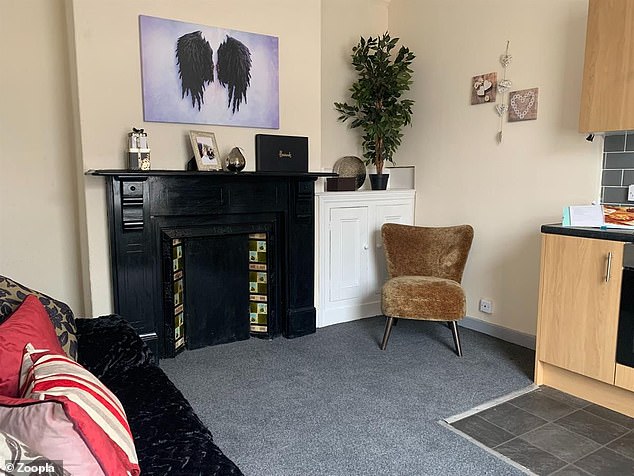 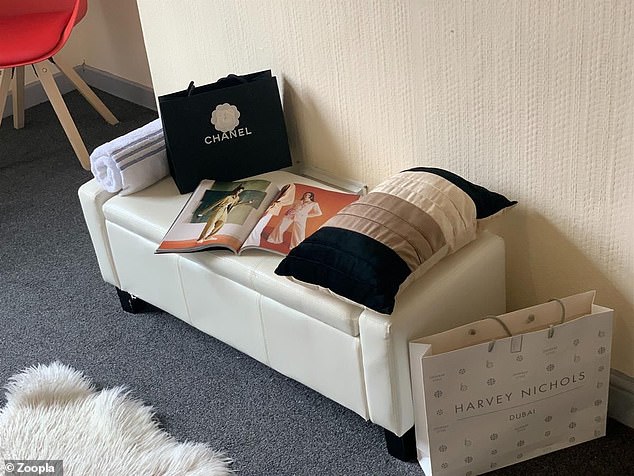 ‘The Chanel bag is there to dazzle us: we, foolish non-property owning fools like we are, will easily be distracted by the bag, and ignore the fact that the living room and kitchen are only demarcated by slightly different carpet textures because we know the person renting it to us owns either a really nice card holder or a too-expensive belt,’ Joel wrote.

Photos of the property show the living room containing a black sofa and a matching fire place with a Harrods bag on top.

The other half of the room has basic kitchen facilities including a small microwave, fridge and oven.

A photo taken at another angle shows a Harvey Nicols and a Chanel bag strategically placed in the bedroom.

The landlord included a snap of the bathroom sink but chose to keep images of the shower only for tenants who choose to book a viewing.

Despite being listed as partially furnished, the property seems to have all the basic amenities and little space for the renter to bring much of their own belongings. 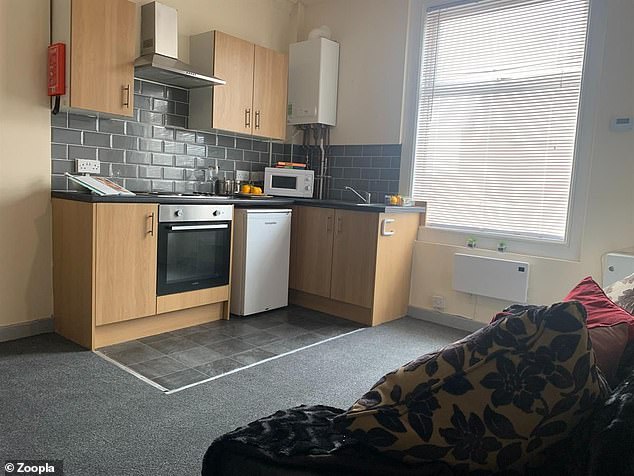 A photo of the kitchen area shows a cookbook staged on the worktop, while the space is fitted with basic appliances including a small fridge and microwave

A picture of the fire place shows a wedding photo placed on top of a frame rather than inside, while a cookbook is propped on the kitchen counter.

The property is described as being fully decorated and having had new carpet recently fitted.

Attempting to gain interest, the landlord wrote about the flat being located near to a range of takeaways and shops including Tesco Express, Poundland and Post Office.

They added that the tenant will have to pay bills including electricity with a top up card meter.

The landlord completed the advert by including photos of local parks and the train station, but didn’t share an exterior shot of the flat. 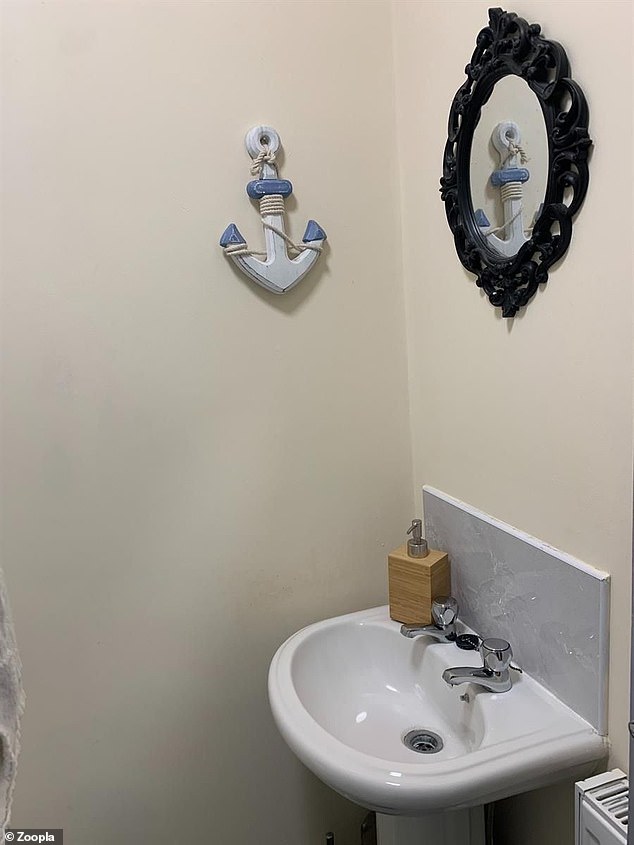 The landlord shared a photo of the bathroom which they claim has a shower, but it is not included in the selection of snaps