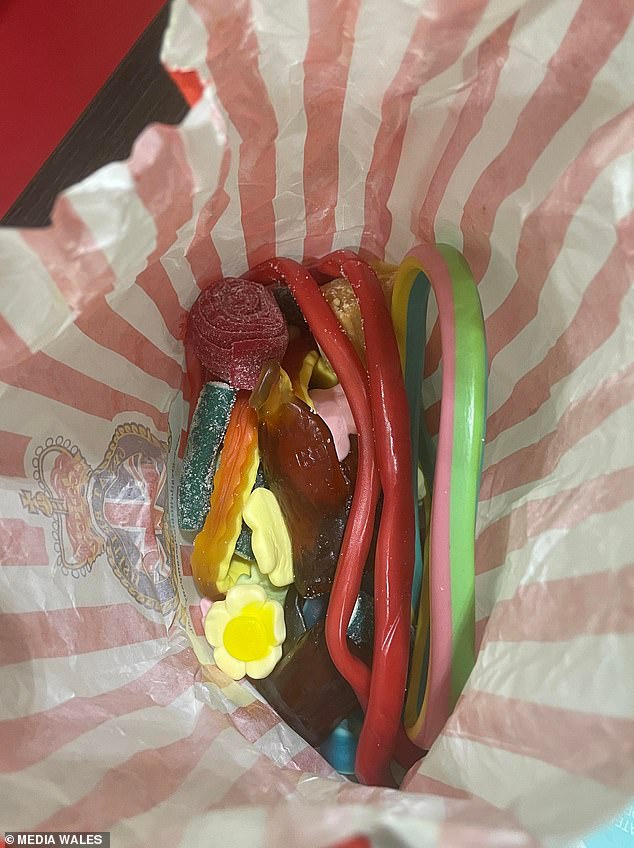 A mother has shared her shock over having to pay £47 for just two bags of pick and mix from a sweet shop company at Cardiff’s Winter Wonderland.

Rhiannon Brown, who is a health care worker from Mountain Ash, visited the annual Christmas event with her husband and their two young children on Saturday, November 19.

While there, her youngsters spotted the Great British Fudge Company and asked if they could get two bags of pick and mix sweets from the stall.

Much to Rhiannon’s surprise however, the two items amounted to just under £50. The parent explained that it ‘really put a downer on the day we had had’.

Great British Fudge Company has since said that they have been in contact with Rhiannon and have offered her with a full refund. They also explained that they were working on ways to improve their services so they could avoid similar issues in the future. 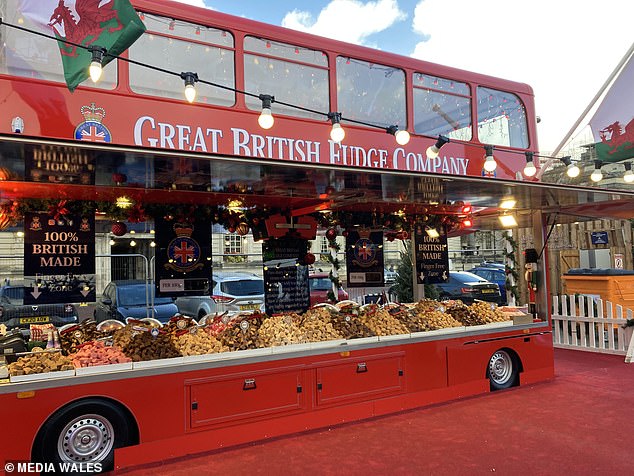 ‘We know full well that you’re going to spend money when you go to these places,’ Rhiannon said. ‘We try to go to Cardiff’s Winter Wonderland every year.

‘This time round, we just went for a little look around and the kids wanted to go on some rides. We bought 40 tokens for £40 for them to have 20 each, then we had crepes which were £7 each – pricey but again we expected it.

‘Then, as we were walking out to leave the Great British Fudge Company was there all lit up and it looked amazing. The kids run to it asking for sweets, so I said okay. I helped my youngest to do hers and my husband said don’t go mad on the sweets – it’s £2.79 for 100g.

‘We both made sure the kids never went over board. The bags were nowhere near half full, but nobody knows what 100g of sweets looks like.’

The mother-of-two continued: ‘As my husband was paying, my little girl started eating the sweets so I couldn’t have put some back if I wanted to.

‘I didn’t hear the woman say the price to my husband but I could tell by his reaction it was high so I asked him how much. He said £47.26, and I said: “What, you can’t be serious?”.

‘I think we were just shocked we knew it was going to be expensive but I was thinking maybe £20-£23. He just paid and we left.’ 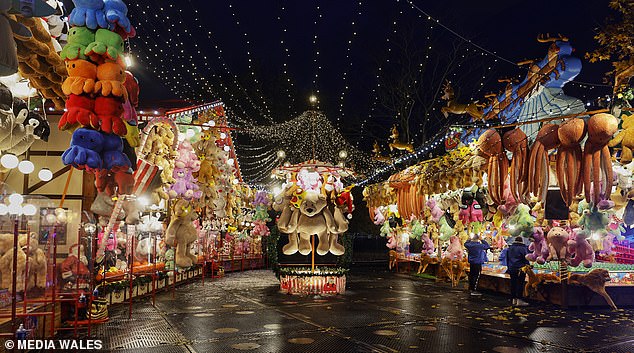 Great British Fudge Company has since said that they have been in contact with Rhiannon and have offered her with a full refund. They also explained that they were working on ways to improve their services so they could avoid similar issues in the future. Pictured, Cardiff’s Winter Wonderland

Rhiannon she shared her experience on a social media post and says that a few other people have contacted her saying they’ve had a similar experience.

Rhiannon said: ‘It really put a downer on the day we had had. Nobody nowadays can afford to spend £47 on a pick n mix.

‘I feel like they should maybe display a couple of display bags of sweets saying how much this would cost you on average, so people are aware. Nobody knows what 100g of sweets looks like.

‘They had one weighing scales from what I could see attached to the till where people were queuing to pay, so it wouldn’t be as easy as weighing as you go.

‘I would definitely go back to Winter Wonderland – we loved it and yes, it’s pricey but expected. But I can’t say I’ll be returning to this company.’

In response, a spokesperson for Great British Fudge Company said that they had been in contact with Rhiannon Brown.

In a statement, the spokesperson for the business said: ‘We can confirm we have now been in touch with Rhiannon Brown when she responded to our appeal to please contact us about her complaint with regards to her experience when purchasing 1.6kg of sweets for £47.00 at our unit in Cardiff.

‘Rhiannon has explained to us that she was aware of the price displayed of £2.79 per 100g, but was still shocked at the final price when weighed.

‘She also explained that she chose to pay for the goods so as not to disappoint the children and because they had already started eating them.

‘We would never have forced anyone to pay for something they did not want or were unhappy with and would have accepted, as many have said they did, if she left the bag or asked for some items to be removed.

‘We are unable to confirm from the image you sent what that amount of sweets would have been as this is just one bag and as Rhiannon explained her children had already started eating some of the items.

‘We can confirm that the scales are checked and set with no way to adjust them once we are set up so for the total to be £47 this would have been just over 1.6kg of sweets in two bags.

‘We have offered Rhiannon a full refund, and explained that we are already working to improve our service so we can avoid issues going forward: clearer signage explaining weighing and pricing to customers, retraining our staff to be able to offer better assistance to avoid similar incidents going forward, adding some pre-mixed priced bags minimise issues and lines waiting to weigh sweets.

‘We are very sorry that Rhiannon felt she was obliged to pay and hope that she accepts our offer to refund.’