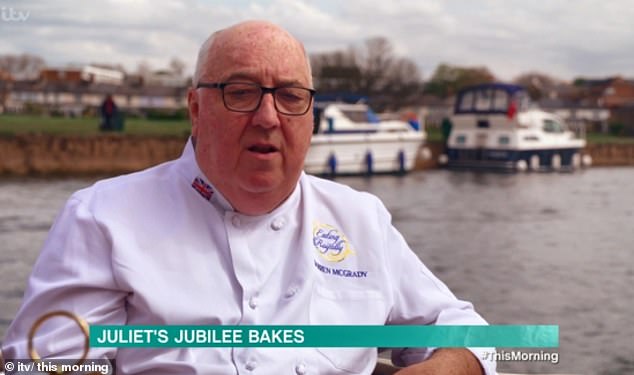 A royally sweet tooth! Queen’s former chef reveals that the monarch keeps small boxes of chocolates in her bedroom as a midnight snack

A former royal chef has revealed the Queen keeps chocolate in her bedroom as a midnight snack.

Darren McGrady, who lives in the US, joined Juliet Sear in Windsor for a segment on ITV’s This Morning about delicious baked foods to make ahead of the Queen’s Diamond Jubilee celebrations.

Having worked for the monarch throughout the 1990s, the former royal chef claimed to know her cake preferences and even late night snacking habits.

‘The Queen loves chocolate. Anything dark chocolate – the darker the better, so she has little snacks and little boxes of chocolates in her room,’ Darren said.

‘But then usually it was just a fruit and the Windsor peaches which she absolutely loved.’

Darren said his 11 years spent working for the Queen was an ‘incredible experience’ because he enjoyed travelling with the royals.

He said that the kitchens in Windsor are ‘amazing’ as he reflected on his time working for the royal household.

Darren continued: ‘I worked there pre-fire during the old kitchens.

‘In those days there was no refrigeration, the walk-in fridge was so far away from the main kitchen. It’s probably the worst kitchen to work in. 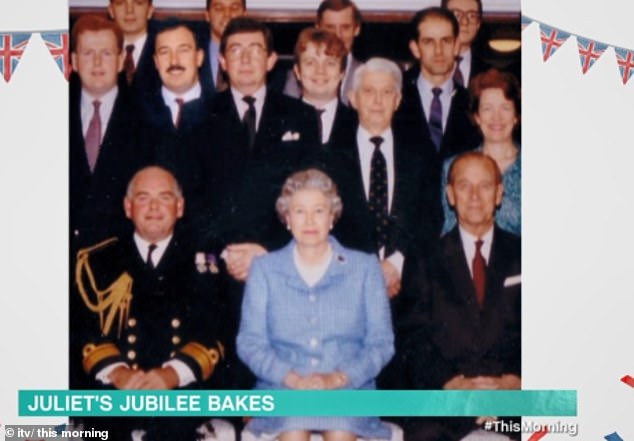 Darren, who worked for the royals throughout the 1990s, said the Queen (pictured centre) is fond of chocolate biscuit cake and chocolate ganache sponge cake

‘Also the cookware they’ve got antique copper pans that date back to Queen Victoria that they still cook in at the palace today.’

Darren revealed that the Queen has two favourite cakes, both of which are chocolate.

‘There’s the chocolate biscuit cake, which is the one that William chose as his groom’s cake when he got married.

‘There’s also the chocolate ganache sponge cake, which she has for her birthday every year.

‘That cake dates back to Queen Victoria. Gabriella Tschumi was her chef and it’s the same recipe they use in the kitchen today.’ 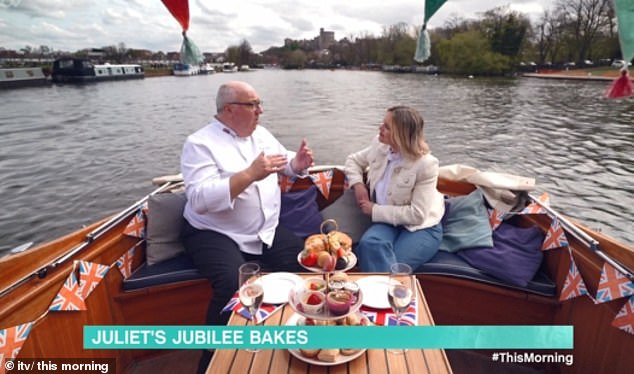 The British chef cooked for a host of royals, from the Queen to the Duke of Edinburgh, Princess Diana and Princes William and Harry.

Darren said his favourite memories of working for the Queen is when she would walk by the kitchen and say thank you for the chefs’ work.

‘When you go into somewhere like Windsor or Sandringham, she just walks by the kitchen window and says ‘thank you’. That just means so much coming from this incredible lady,’ Darren added.

Juliet went on to say she was inspired by the discussion to make a double layer Union Jack cake and detailed the instructions for viewers to recreate it at home.

She presented the cake to presenters Holly Willoughby and Philip Schofield who were visibly impressed as they took a bite.