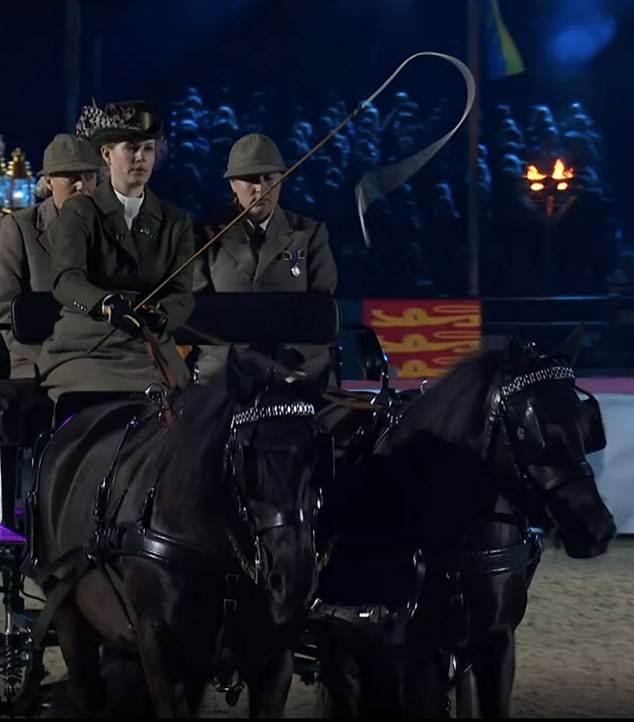 The Queen’s granddaughter Lady Louise has been snapped carriage driving again – this time at a Platinum Jubilee event attended by her Majesty in Windsor earlier tonight.

The 18-year-old daughter of Prince Edward and Sophie Wessex is believed to have inherited her interest in carriage driving from the Duke of Edinburgh, who was instrumental in helping to establish it as a sport in Britain.

Following the Duke’s death last April, at the age of 99, the young royal has been seen driving her carriage in Windsor, as well as taking part in events, including last month’s British Indoor Carriage Driving Championships.

Earlier today, she was photographed carriage driving alongside her mother, as the family attended the final day of the Royal Windsor Horse Show.

But her drive tonight was particularly poignant, as she took to the stage at the ‘Gallop In Time’ Platinum Jubilee event, staged by the horse show. 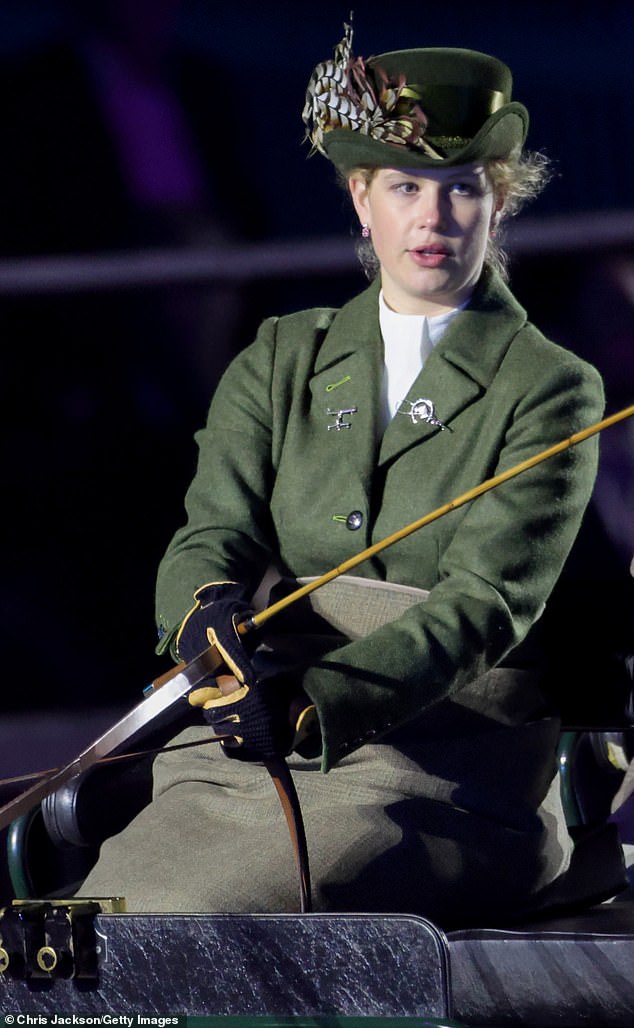 The young royal (pictured) is believed to have inherited her passion for carriage driving from her grandfather, who was instrumental in helping to establish it as a sport in Britain

In a touching tribute to her grandfather, the 18-year-old drove his carriage around the arena during the show’s finale, eliciting an emotional response from the Queen, who was pictured looking pensive during Louise’s appearance.

The carriage display followed a lavish evening of live entertainment, which was also televised for viewers at home.

Dame Helen Mirren, 76, and Tom Cruise, 59, led the theatrical production, which was broadcast outside of Windsor Castle despite the rainy weather.

Dame Helen, who won an Oscar for her portrayal of the Queen in the film of the same name, played Queen Elizabeth I as the show began by chronicling the events of the first Elizabethan age from the attempted invasion of the Spanish Armada to leading figures of the day like William Shakespeare.

Omid Djalili, playing the Herald, narrated the performance, taking viewers through time with each act reflecting on key moments in history, including Elizabeth I’s Tilbury Speech and James I and the Gunpowder Plot.

The Commonwealth and the four nations of the United Kingdom were be celebrated, while there were military and equestrian displays from around the world including Azerbaijan, India, Oman, France, Norway, Switzerland, and Trinidad and Tobago.

These displays were accompanied by music provided by a 75-piece orchestra, with special performances from Keala Settle, Gregory Porter and Katherine Jenkins.

In addition, a host of celebrities, including Andrew Lloyd Webber, Ant and Dec, Dame Joan Collins and Sir David Jason, took part to pay tribute to the Queen’s 70 years of service. 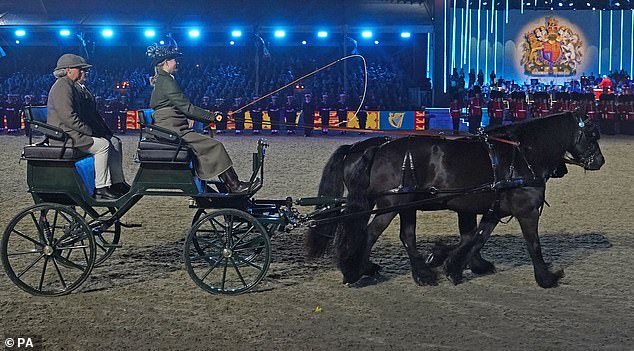 Lady Louise (pictured at the ‘Gallop Through History’ event near Windsor Castle) has been spotted carriage driving on several occasions recently, practising in Windsor, as well as competing at last month’s British Indoor Carriage Driving Championships 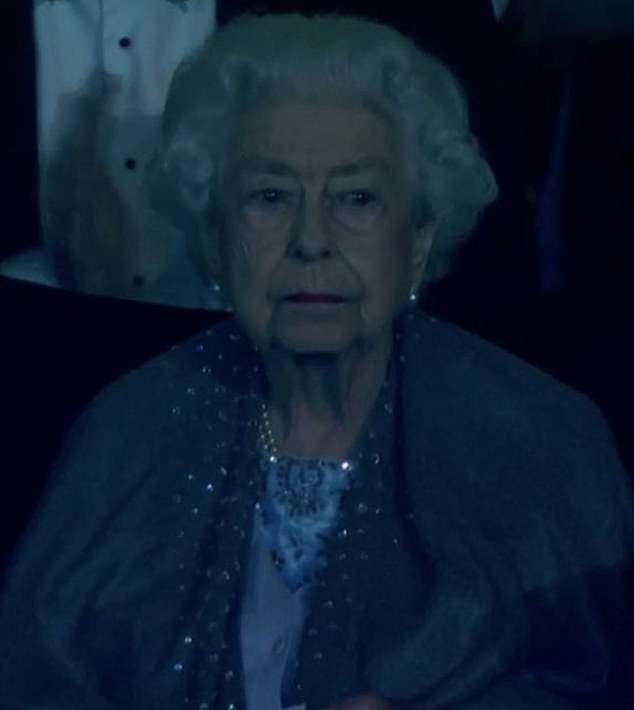 Her Majesty, pictured at the ‘Gallop Through History’ event near Windsor Castle appeared to look emotional as she watched her granddaughter Lady Louise drive Prince Philip’s carriage

The Queen appeared to look emotional during Lady Louise’s carriage driving performance, where she led a procession featuring some of the monarch’s horses and ponies, as well as carriages from the Royal Mews.

Carriage driving was one of Prince Philip’s favourite past-times since the 1970s, and he raced carriages near Norfolk before going on to represent Britain at several world and European championships.

He was credited with shaping the sport in the UK and was still competing in his eighties, representing Britain in three European championships and six world championships in total.

At the age of 91, the prince had the dark green carriage made to his specifications out of aluminium and steel.

He was seen riding the carriage around Windsor and other royal estates in the following years.