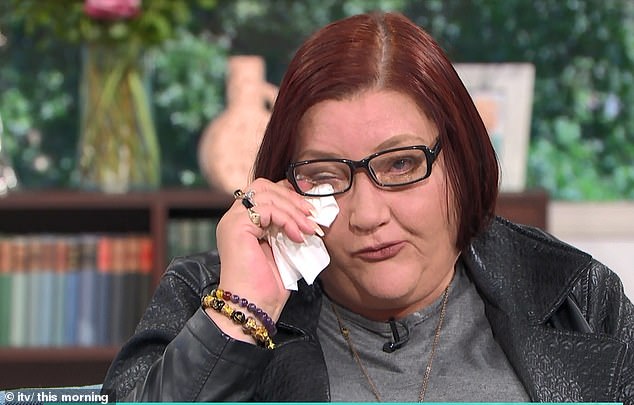 A woman who was scammed out of £117,000 by her best friend divided the opinion of ITV’s This Morning viewers after revealing the incident has left her anxious and unable to trust anyone enough to go out in public.

Susan Hughes told presenters Philip Schofield and Holly Willoughby how she was conned by Anna Bonner, 40, from Liscard, Merseyside, who posed as a man she fancied to get access to her lifesavings.

Despite Anna being jailed for 28-months in April, Susan admitted it’s been difficult to get her life back together having had a break down, suicidal thoughts and becoming too anxious to work or use public transport.

Many viewers took to social media to share sympathy for Susan, however others accused her of being ‘gullible’ and questioned why she got into debt to send money to a love interest she hadn’t met in person.

Susan Hughes (pictured) left viewers of ITV’s This Morning horrified as she reflected on being scammed by her best friend Anna Bonner, 40, from Liscard, Merseyside

Susan, was friends with Anna for 25 years, explained that they met while working as carers in a supported living home.

She reflected on giving Anna a hair tie to avoid getting her tresses in the client’s food before developing a bond that would see them clubbing and going on holiday together.

Susan claimed Anna lied from the beginning, saying: ‘As you’re getting to know on and another. I had a great upbringing, I was brought up in the army. There was my mum, my dad, my two brothers. We moved every 12 months to two years.

‘Anna said that she was one of triplets, two girls and a boy.

‘Because the boy child died, her biological mum and dad left them in an alleyway in a plastic bag in the middle of Liverpool. It played on the heartstrings.’

Philip explained that Anna’s lies worsened after Susan told her about having a crush on a club bouncer called ‘Ste’.

Susan said: ‘This guy, we were on the middle floor and he was up in the DJ box. I was like “Ooh, he’s quite cute and got a nice bum, cheeky smile”. 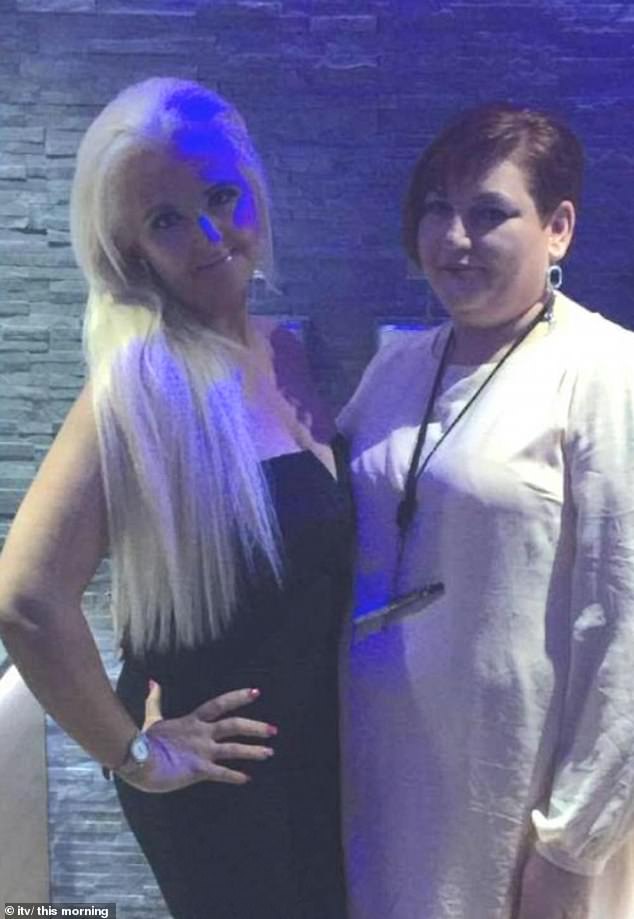 ‘She turned around and went, “That’s my uncle Ste”.

Susan explained that she lost contact with ‘Ste’ and it was eight years after the club closed down that she unexpectedly received a call, which she was duped into thinking was him.

‘I had qualified as a nurse by then. He rings me up just general chit chat,’ Susan said.

‘Apparently he’s got businesses in Las Vegas, hotels, clubs, whatever and he wants a camcorder for Christmas. A HD one.

‘He said Anna wouldn’t get him one, would I get him one for Christmas.’

Susan admitted that she didn’t think the interaction was strange because she had been getting updates on what he had been doing from Anna.

She was told that ‘Ste’ had been married and divorced in addition to having had two children since they met in person. 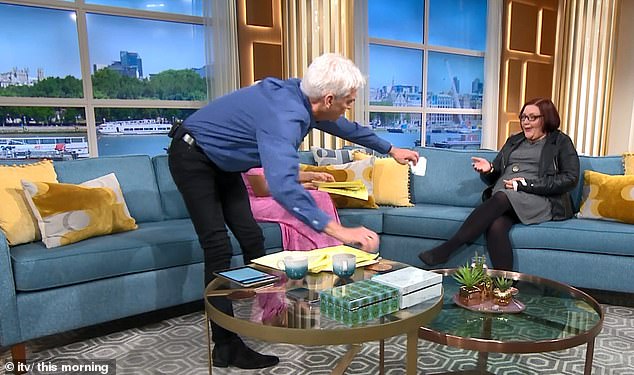 Susan said she was convinced to give over £1,000 a month to ‘Ste’ after being told that he needed money for cancer treatment

Susan explained that she is unlikely to ever find out who was the person pretending to be ‘Ste’ on the phone as part of Anna’s scam.

‘It was definitely was a man’s voice, it definitely had a Liverpool accent,’ Susan said.

‘But for who it is I will never know.’

She added that they went to a club believing that he had come back to the UK but was unable to find him because he doesn’t exists.

Anna then convinced Susan that ‘Ste’ needed to pay for cancer treatment.

Susan continued: ‘She said that he needed to go to Maryland for experimental treatment in America but she couldn’t pay it all herself, would I go halves. 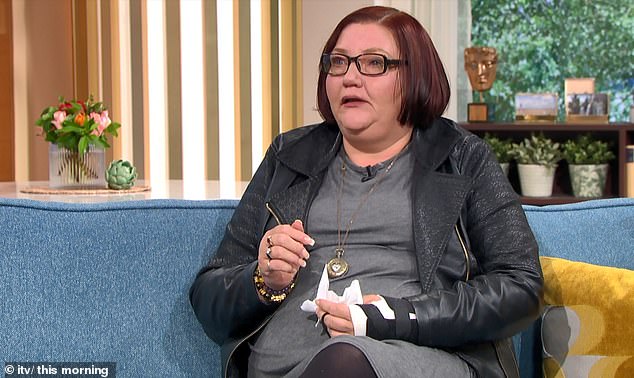 ‘About two years into it he needed money for a flat because the hospital said he was getting too institutionalized and that the flat was attached to the hospital, so he would still get his treatment. That was £450 a month.’

Susan found herself in debt while working as many shifts as possible to help ‘Ste’, who was promising a future and marriage.

She uncovered that Anna was lying about being in America looking after ‘Ste’ by looking on Anna’s son’s Snapchat map.

Susan said: ‘I had a breakdown in December 2019. I couldn’t work anymore. In January is when I had to stay with my mate Laura because I was suicidal over it.

‘That’s when we started uncovering everything. Where Anna told me she worked for 10 years, they had not even heard of her. 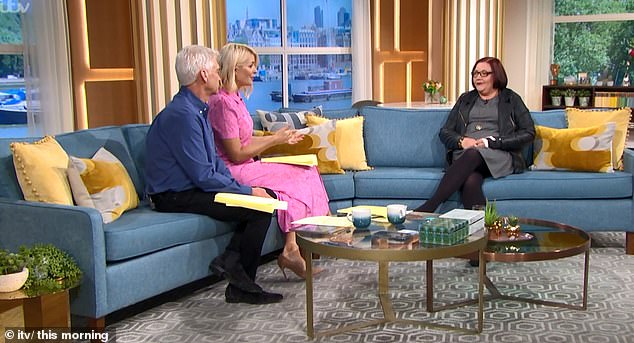 Philip Schofield told viewers how Anna was given a 28-month prison sentence and 15 years restraining order after pleading guilty to fraud.

Philip said: ‘Well sometimes you just can’t allow yourself to believe the worst that someone you know so well, could’ve lied so horribly to you. She pleaded guilty to fraud by false representation and admitted that she kept all of the money.

‘I know you spoke to her ex-husband. All of the cards that you sent to Ste were actually in her house. She encouraged you to send letters, cards and gifts. As we know, he never existed police tried to contact Ste and found nothing.

‘You say you find comfort in the fact that you were a good person here. Although it was for someone who sadly didn’t exist. You still had your heart in the right place.

‘It’s her who should feel humiliated and embarrassed by what she has done to you.’

Susan said: ‘If you knew Anna, it’s all about her. Her world, her life, her rules. I was isolated, manipulated, bullied.

‘I can’t use public transport. I don’t trust anyone. I used to be outgoing, try anything once. Go out and get drunk, all the usual stuff. 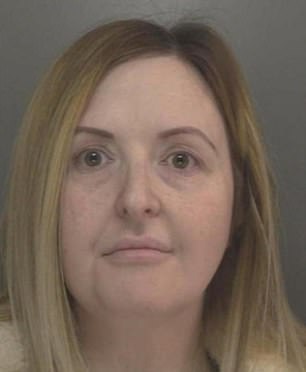 ‘I now drive my car to whoever I’m going to see, say Laura. Get out the car and see Laura in her house that is it.

‘I can’t work because of the anxiety and trust issues. It’s just unreal. What she’s done. I don’t want her to do it to anyone else.’

Holly reassured Susan that appearing on the show despite her anxiety will help other people to not become a victim of fraud.

Susan added: ‘I am strong. I am stubborn. I don’t like to be lied to. For me to do this and to go through this, I think if it was somebody else other than me they wouldn’t have made it.’

Many viewers took to Twitter to offer sympathy for Susan.

One person wrote: ‘This poor woman. She’s so vulnerable and trusting, I hate hearing of people being taken advantage of.’

‘This poor woman. Completely get it, you buy in to what they tell you if you think someone likes you as much as you like what they have sold you,’ another said.

A third added: ‘Poor woman. She probably has beaten herself enough for falling for it so don’t go in on her #bekind’

However, others accused Susan of being ‘gullible’ and questioned how she allowed herself to be scammed.

‘So a bloke who’s doing well for himself with clubs and hotels is asking you to buy him a camcorder? And you get him one? Jesus, and I thought I was stupid,’ one wrote.

Another said: ‘As mean as it sounds but how can people be so gullible to get scammed like that?’

‘So she never meet Ste but sent money for him?,’ a third commented.

A fourth added: ‘How the hell can you fall in love with someone who doesn’t exist. Silly woman.’