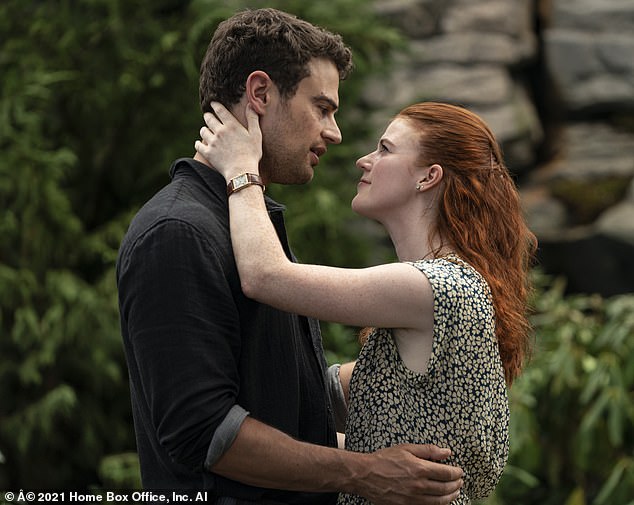 Viewers and critics alike have panned the new TV adaptation of the 2003 novel The Tme Traveler’s Wife, claiming the plot condones child grooming.

The HBO Max adaptation, which premiered last night and is due to air in the UK tonight on Sky Atlantic, stars Theo James as Henry DeTamble and Rose Leslie as his wife Clare Anne Abshire.

In the drama penned by American author Audrey Niffenegger, Henry and Claire meet as adults, but it turns out he can time travel, and has been visiting her since she was six-years-old, leading the pair to become ‘friends’ and then to fall in love.

Meanwhile, Time magazine called the show a ‘multiverse of badness,’ with reviewer Judi Berman writing: ‘I would like to travel back to the time before I decided to watch all six episodes of this show.’

Viewers were equally disturbed by the plot point, with some calling it ‘wrong,’ ‘creepy’ and ‘uncomfortable.’

In the show, 31-year-old time traveling Henry does not control where he travels back in time to.

From Henry’s perspective, he meets Clare for the first time when she is in her twenties when he’s seven years older than her.

However, he begins to go back in time, visiting Clare at different points in her life.

From Clare’s perspective, she meets Henry for the first time when he is 31 and she is six.

During this encounter, the time traveler appears naked in front of his future wife, who is then a child, and asked her to give him clothes.

Young Clare does not tell her parents about the encounter, and adult Henry’s visits are kept a secret from her family.

She begins to keep a box of clothes ready for him in case he visits.

Viewers were disturbed by the subject matter of the series, as some admitted they felt ‘uncomfortable’ 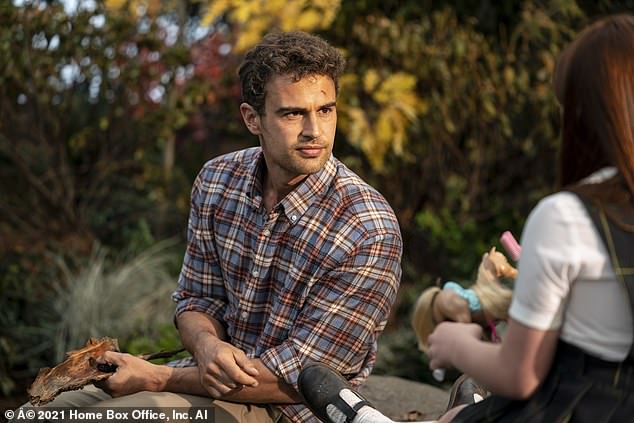 In the 2003 book and its latest TV adaptation, Henry travels back in time to when Clare is six-years-old 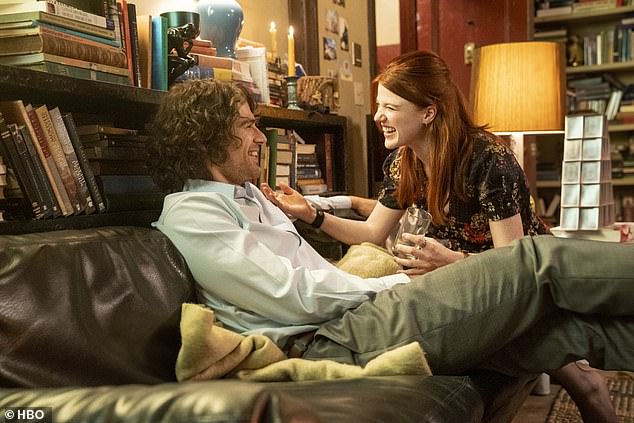 From his perspective, Henry meet Clare when she is in her twenties, but she’s known him all her life

‘Not the time traveler’s wife openly joking about how creepy and grooming the story could very easily be,’ one wrote.

’40 mins into Time Traveler’s Wife TV show and I had to quit. It’s not good.’

Some reviewers also felt the situation resembled child grooming, which is defined as ‘befriending and  establishing an emotional connection with a child to lower their inhibitions with the objective of sexual abuse.’

‘In the premiere, Clare straddles the man she has known since she was 6, takes off her dress, and says: “Haven’t I grown?” She continues: “And I’m not the only one.”

‘See, Henry has an erection, nope, nope, nope. Nyet. Nein. Non. No, in Spanish,’ one reviewer wrote for Entertainment Weekly. 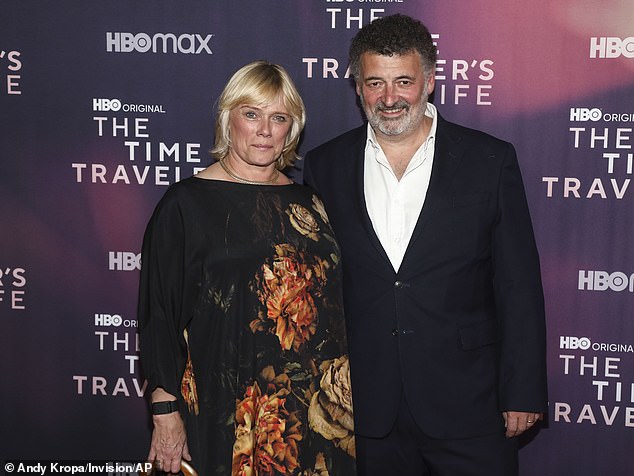 Meanwhile, Time magazine called the show a ‘multiverse of badness,’ with reviewer Judi Berman writing: ‘A man over 30 essentially raising his future wife, from age six, to be his perfect partner has even more uncomfortable connotations now than it would have in 2003.

‘The show addresses this in only the most hilariously cursory way: the term “Grooming” surfaces and is left to hang in the air,’ she added in her review.

Review Carla Meyer wrote for the San Francisco Chronicle was not impressed by the show’s ‘Twilight-level trite dialogue and worldview, lack of adventures and alleged love story that is more like a grooming story.’

The show’s co-creator Steven Moffat, who is known for his work on Dr Who, addressed the controversy in an interview with TV Line.

‘That’s not what the story is in the book or the film or the TV show. He’s married to her,

‘He meets her as an adult, he falls in love with her, he gets married to her and then he’s flung back in time, through no fault of his own, and is confronted with the childhood version of the woman he already loves.

‘Even more so in the TV show version, he absolutely makes it clear that he’s just a friend,’ he went on.

The showrunner added that out of the two characters, it is Clare who has a big influence on Henry rather than him influencing her.

‘Clare is exactly the same person as a little girl as she is when you see her in her seventies. Henry flows around Clare like a river around a rock. He makes himself the man she wants him to be because he loves her,’ he went on to say.