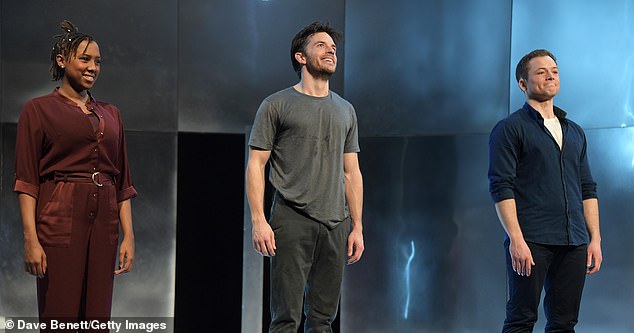 Theatre bosses behind hot ticket West End show Cock have reduced prices for the play’s final two weeks – after outrage that some tickets were being sold for £400 each plus a £60 booking fee.

The final fortnight of the show’s 13-week run at the Ambassadors theatre in London has been marred this week by accusations that the West End is becoming ‘inaccessible’ for ordinary people.

The play, written by Mike Bartlett and first shown in 2009, tells the story of a gay couple, John and M, who take a break from their relationship only for John to fall in love with a woman, embroiling the three in a love triangle.

Final dates for the Cock, which ends on June 4th and is currently starring Bridgerton’s lead man Jonathan Bailey, were on sale this week for £400 before an angry protest over high prices erupted on Twitter (Pictured: The cast of Cock on the show’s press night, from left, Jade Anouka, Jonathan Bailey and Taron Egerton)

The show opened in March to great fanfare – and two stellar leading men in Taron Edgerton and Jonathan Bailey.

However, Edgerton withdrew from the production ‘for personal reasons’ after he was replaced when he tested positive for Covid-19 and fainted on stage during the opening night of the play.

There are still tickets available for the remaining dates of Cock, with the cheapest tickets – for an obstructed view – now set at £85, rising to £175.

A spokesperson for the show this week maintained that 15% of all tickets sold were at £20, and said a daily lottery meant the play was accessible to all. 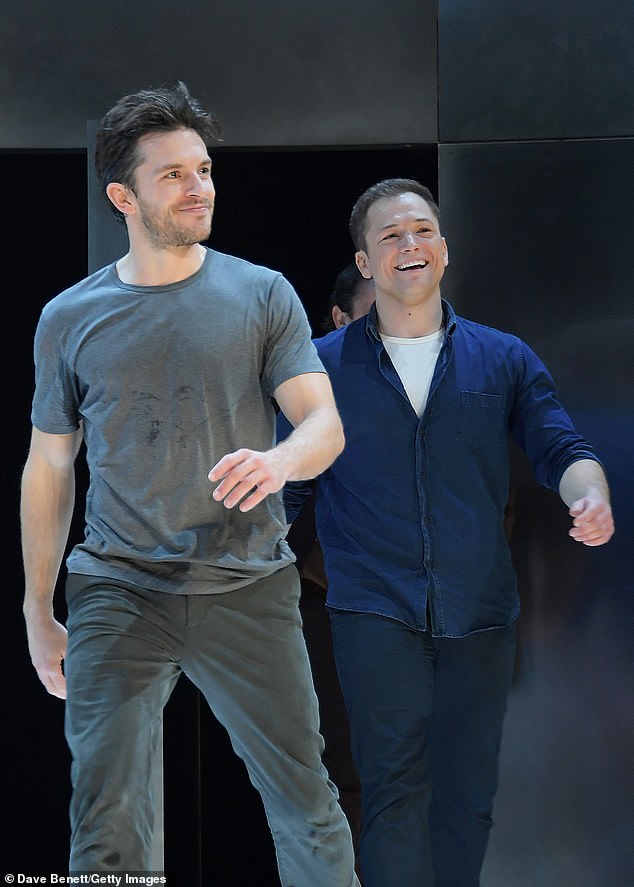 Anger on social media over ‘elitist’ and ‘gross’ ticket prices have seen theatre bosses behind the adaptation of the Mike Bartlett play reduce seat prices (Pictured: Jonathan Bailey and Taron Egerton on the show’s opening night)

Some were still frustrated though that it takes a social media storm to moderate West End prices.

@graceemyersss wrote: ‘Cock are proudly saying they are lowering ticket prices after much criticism. £400 TO £200 IS NOT LOWERED!! So many west end shows have tickets at a max of £80 and they run for YEARS. LOWER YOUR PRICES.’

@bnwhishaw added: ‘If theatre doesn’t sort its s*** out it will absolutely die out those prices are insane.’

@_h_annahb added: ‘As much as it is DISGUSTING and SHOCKING the prices of Cock in the west end it has just proved the point that theatre, especially in the west end is inaccessible and many can’t ever go!’ 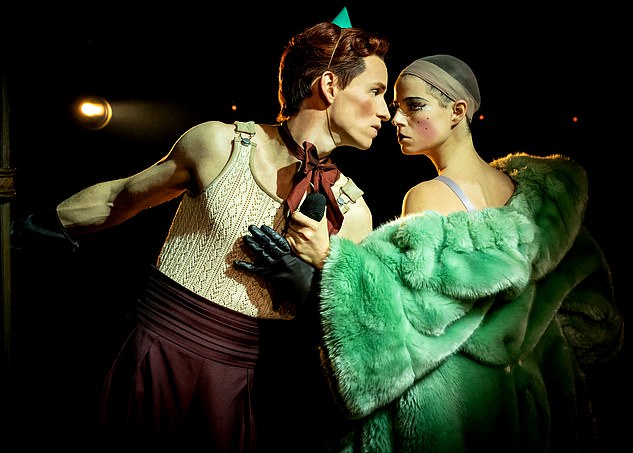 2022’s hottest ticket? Eddie Redmayne and Jessie Buckley star as Emcee and Sally Bowles in  the latest revival of the Berlin nightclub musical Cabaret. However, theatre fans have complained that ticket prices – currently around £250 to see the show in January – are ‘prohibitive’ , ‘elitist’ and ‘extortionate’

@JamieByronCSM added: ‘Please justify the enormity of you pricing! How can anybody afford £400 & why?’

@bnwhishaw blasted: ‘The prices to see Cock on the West End is f***ing gross…. like people are being made to pay hundreds of £££s to watch a 90 minute show. Just listen to the original version online for free instead and cry over how that one had tickets selling for £10 instead.’

London’s West End has suffered heavy financial losses during a series of lockdowns throughout the pandemic, and prices have soared sharply in response.

When a revival of enduring musical hit Cabaret, starring Eddie Redmayne as Emcee and Jessie Buckley as Sally Bowles, became the hottest ticket in London’s West End over Christmas, tickets soared to £310. Some slammed the high prices as ‘elitist’ and ‘prohibitive’ – suggesting a mini-break in foreign climes might be cheaper.

A spokesperson for The Playhouse Theatre told MailOnline at the time that the show is a ‘remarkable theatrical experience and the pricing of our intimate auditorium is in line with other West End musicals.’

Will Royal Family use Platinum Jubilee to bring Prince Harry and Meghan Markle closer?
Inside Australia and New Zealand’s best homes: Dulux lists its finalists for the 2022 Colour Awards
Advertisement