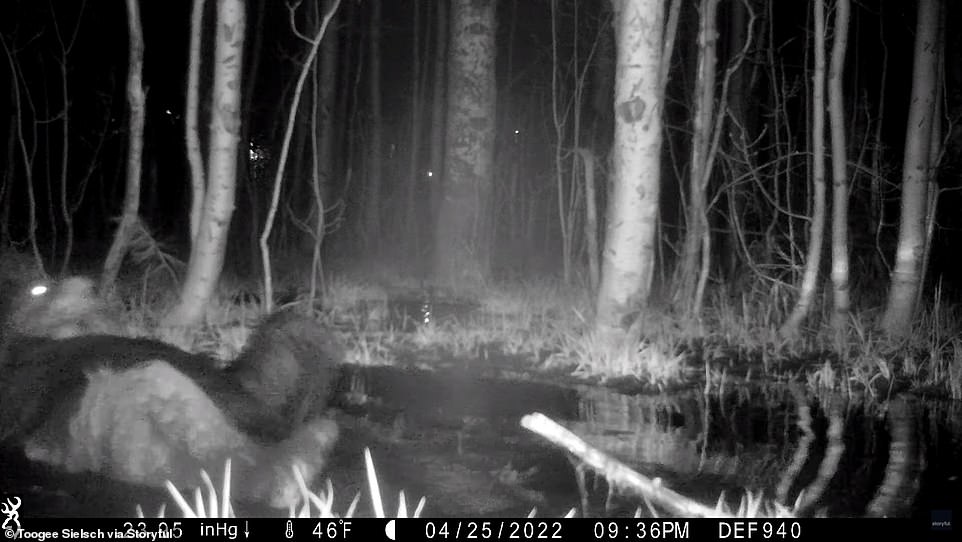 A giant bear was caught on tape enjoying spring’s simple pleasures, splashing around a pond in California after recently coming out of hibernation.

A trail cam captured the cute moment the wild animal took a late-night bath in a pond south of Lake Tahoe April 25.

Toogee Sielsch, whose @tahoetoogee Instagram account includes hidden cam footage of the lake’s animal population in the woods, shared the video on social media, along with the caption: ‘You think you love bath time? Think again.’

‘From a young age I’ve been more of a shower guy, but hey, I admire this South Lake Tahoe black bear’s bath time zeal!,’ Sielsch added.

The gigantic bear can be seen in the black-and-white footage fully immersing itself around 10 p.m. in the water. The video shows the bear turning on its back, and rocking back and forth in the water. It eventually gets back on its four paws, shaking its fur to dry off.

The California Department of Fish and Wildlife issued a warning to Lake Tahoe residents over potential increased bear sightings as the animals come out from hibernation in time for the start of spring. There are roughly 15,000 bears in the Lake Tahoe basin area.

TIME FOR A BATH: This gigantic bear was filmed going for a swim in a lake south of Lake Tahoe on Tuesday, enjoying the water, and rocking back and forth in the pond while on its back 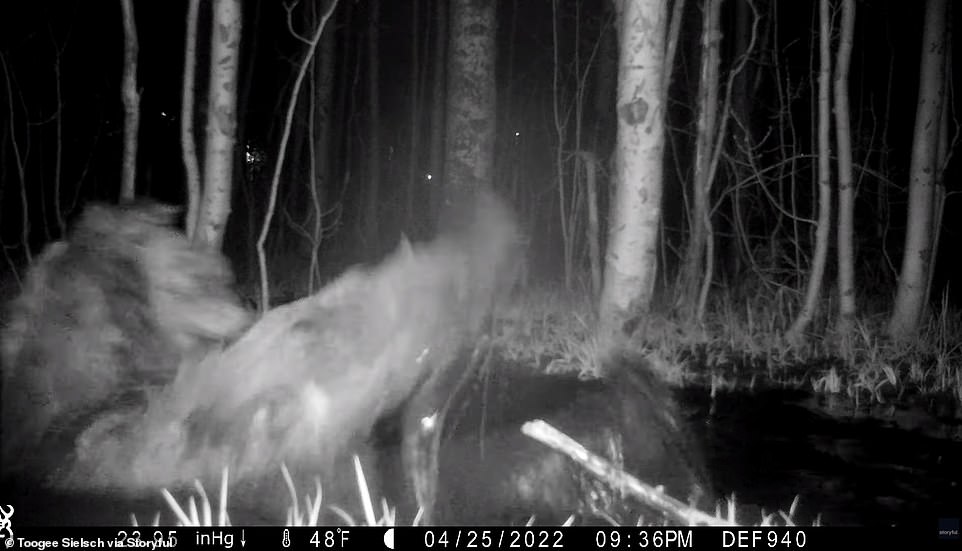 JUST CHILLIN’: The wild animal flipped on its side several times, squirming in the water 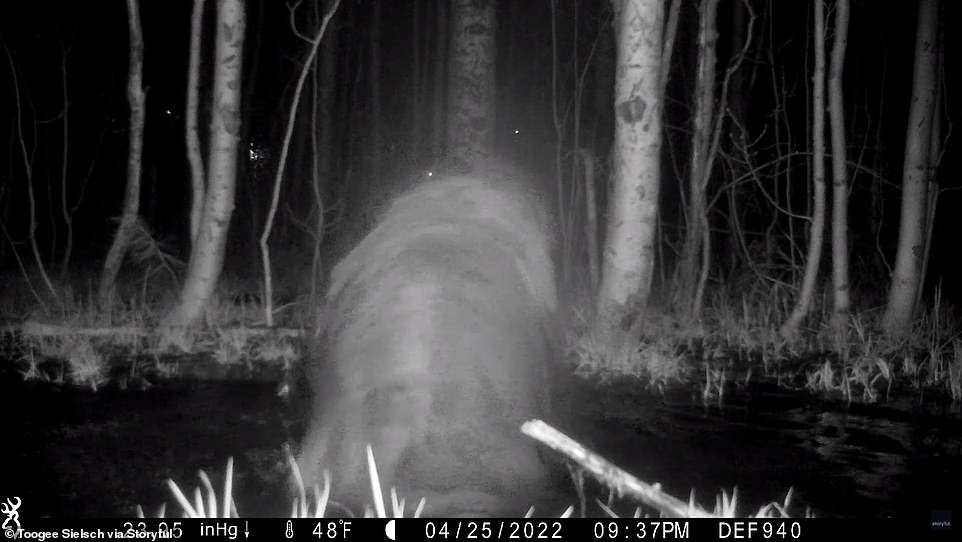 WHO NEEDS A TOWEL WHEN YOU’VE GOT FUR: The wild animal dried off by fluffing itself before getting out of the well-sized pond 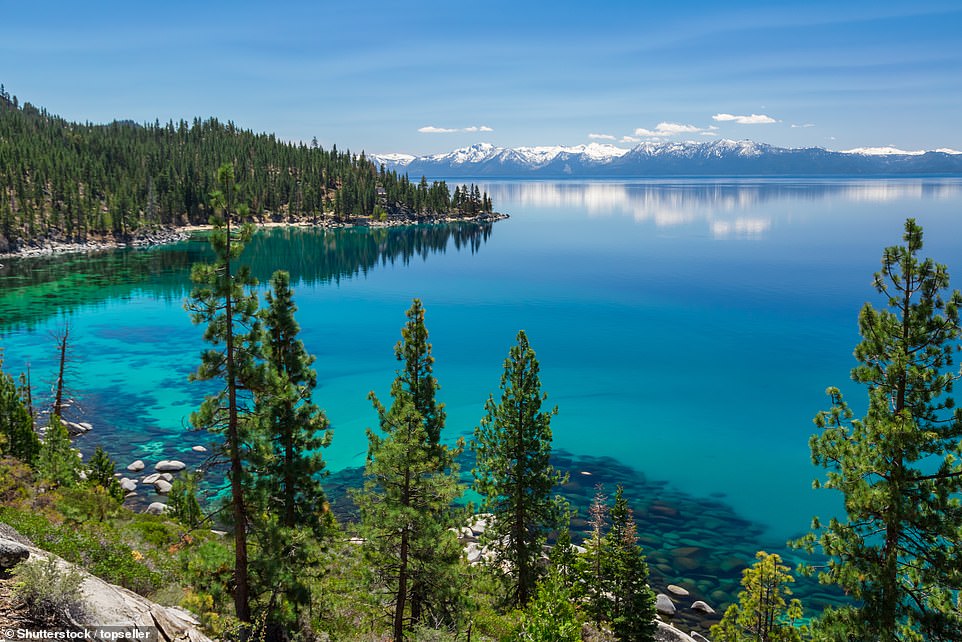 Lake Tahoe, located in the Sierra Nevada Mountains, straddling the border of California and Nevada, is home to an estimated 15,000 black bears. There are between 25,000 to 35,000 of black species in California

The warnings come after a gigantic Lake Tahoe bear, nicknamed Hank the Tank, shot to fame in February when he was caught on camera rifling for scraps.

Hank, who weighs about 500 pounds, wandered around Lake Tahoe homes in search of a meal bigger than his appetite. The bear has been spotted in the neighborhood more than 100 times since July and nothing – loud noises, paintballs, or Tasers – can scare him off.

Local residents have described Hank as ‘gentle’ and said he just eats and leaves without causing any real trouble. But wildlife officials said locals who leave out unsecured food for Hank are making him too bold,

California wildlife authorities faced numerous complaints from residents in the resort town as the bear has prompted more than 150 calls to law enforcement and wildlife personnel in the area this year.

‘This one individual bear has been linked to property damage at 38 different properties at least,’ California Department of Fish and Wildlife spokesman Peter Tira told KCRA 3 in Sacramento on February 17. 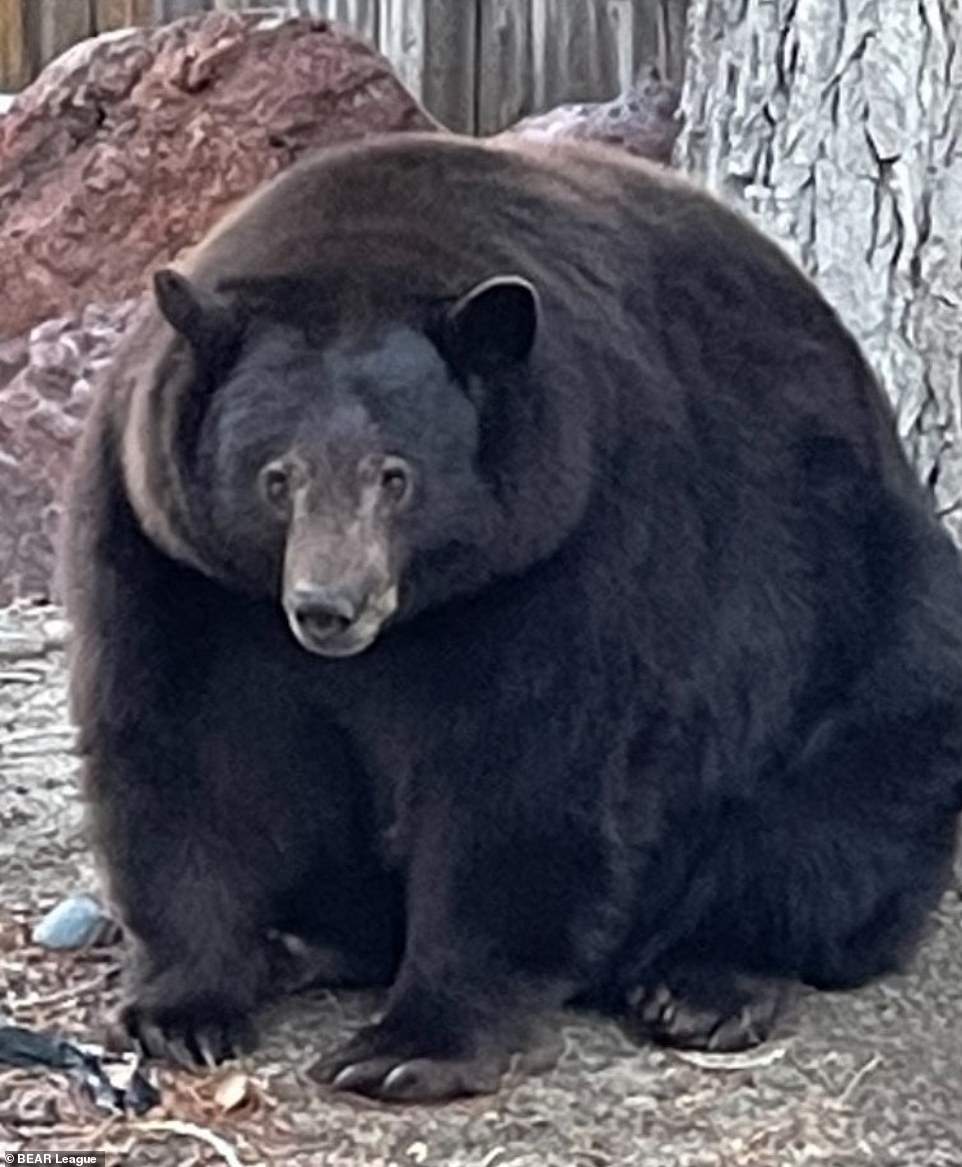 Hank the Tank, a 500-pound bear, terrorized a community in Lake Tahoe, California, in February 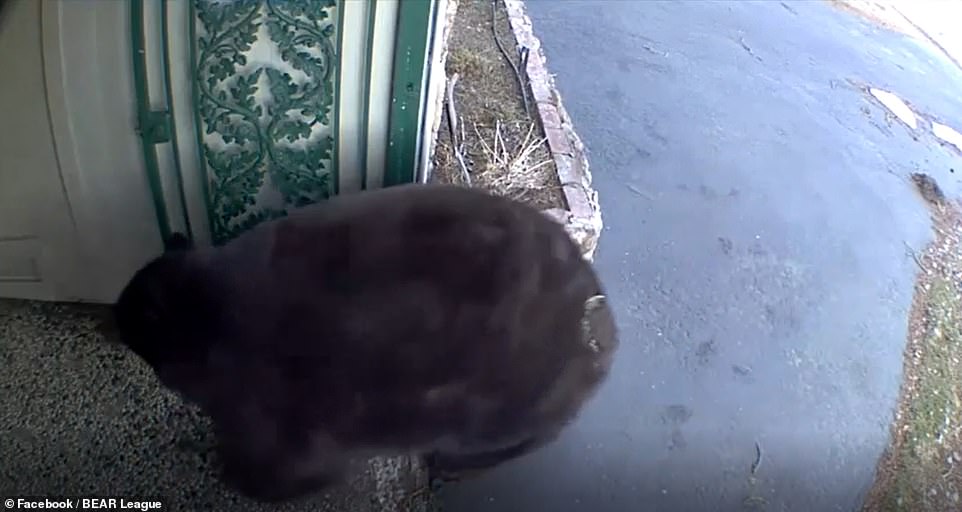 Although Hank didn’t enter the home, he has done so in the past. The bear has been spotted more than 100 times in the neighborhood since July and has prompted more than 150 calls to law enforcement

Typically around late November, early December, bears go into torpor, which is a state of physical or mental inactivity, according to the BEAR League, a non-profit organization in the area.

For the black bear species, hibernation tends to be more of a response to a shortage of food, decreasing temperatures and snow on the ground.

It can last a few weeks in warmer parts of North America in the Northeast and West Coast, to six months for bears in Alaska. 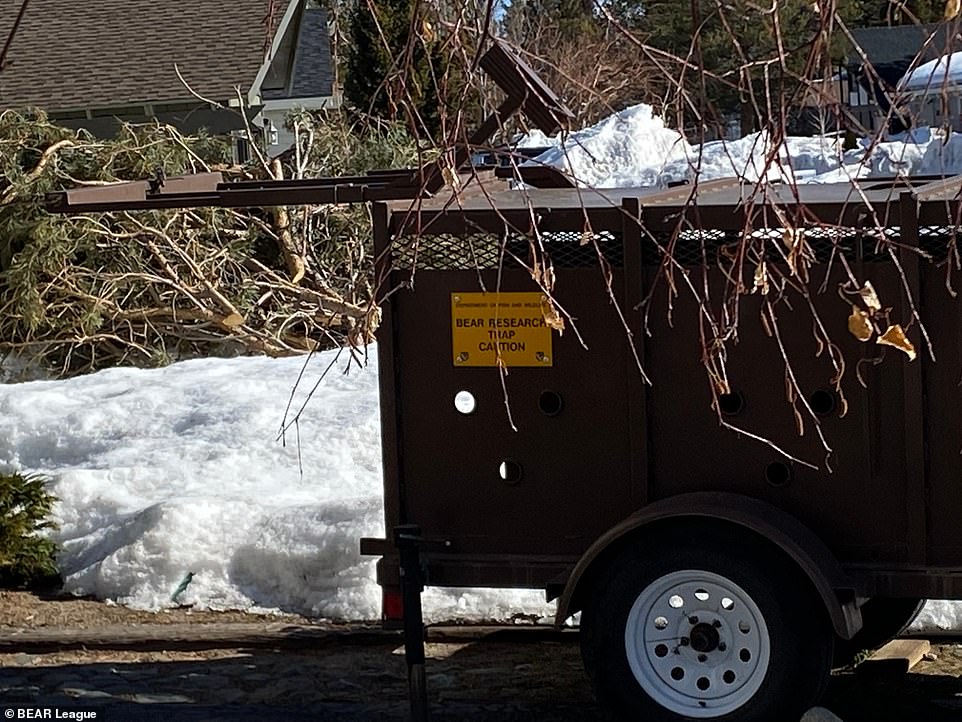 Experts also said it’s best not to wake up a hibernating bear. A bear that can sense danger quickly wakes up.

The Parks Department added that bear attacks are ‘uncommon’ and the animals typically ‘avoid human contact,’ but reminds the public that it is ‘never safe to approach a bear.’

Spain holidays: Discover the secret bays and chic hotels of the smaller Canary Islands
The hospitality suites for the 2022 Fifa World Cup in Qatar revealed
Advertisement