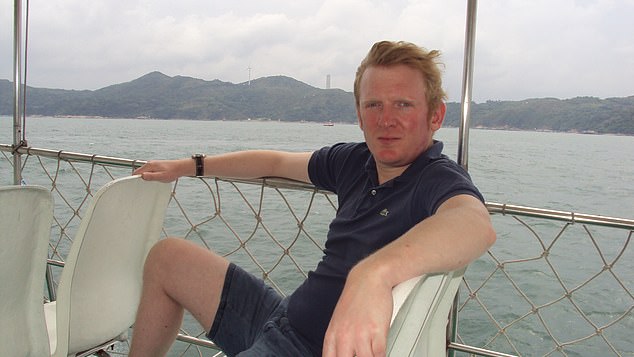 ‘This is the boarding queue for the flight to Alaska, not Atlanta’: My life as a visually impaired travel writer – and the case for everything being a bit bigger, please…

‘You don’t look like you’re dressed for Alaska,’ said the woman at the boarding gate, before checking my ticket and furrowing her brow even further.

And I wasn’t. The idea had been to traverse New York’s JFK airport and catch a connecting flight to Atlanta. I was in shorts and flip flops in anticipation of the Georgia heat and was already confused as to why so many in the queue were carrying ski gear.

As the United Airlines representative explained patiently, I was in the line for Anchorage, not Atlanta and I really needed to leave the queue quickly.

Visually impaired travel writer Rob Crossan, pictured, reveals that he once joined a boarding queue for a flight to Alaska instead of Atlanta

A four-hour wait, a disgusting pizza and $325 lighter for a new ticket to Atlanta (I’d long missed the original flight) meant I had time to reflect on the perils of being a visually impaired traveller who is often unwilling to ask for help.

That’s long rankled with me, as someone with a disability (albinism and nystagmus since you ask).

If airports, train stations, ferry terminals — even restaurants used just a little common sense, I wouldn’t have to seek help. I’d get to where I wanted to be without breaking my male pride or British reserve.

Why are so many destination boards printed in a script so small I would need the Hubble telescope to read it? Why do PA systems still broadcast muffled announcements about where we’re going and what boarding gate I need to be? Why are seat numbers so tiny I need to get to within French-kissing distance to read them? 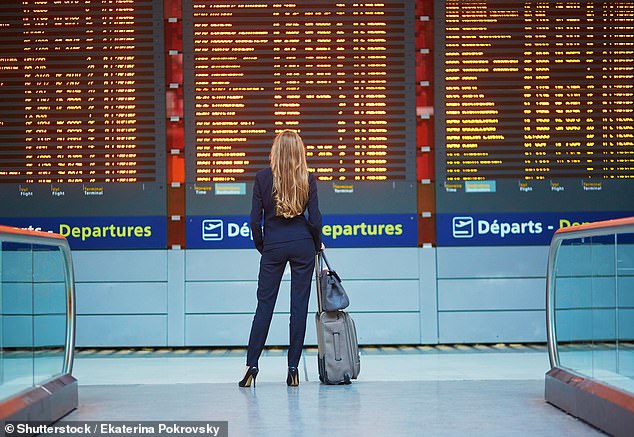 ‘Why are so many destination boards printed in a script so small I would need the Hubble telescope to read it?’ complains Rob

I’ve been a travel writer for two decades now and it’s infuriating how little has changed in this time.

Don’t get me wrong; I’m glad the days of wheelchair users being put in the guards van on trains and visually impaired people like me being mollycoddled (‘You’re a very brave boy’ a tour guide in Wales once told me – I was 31) but I’m still waiting for travel to be super-sized.

Screens, seat numbers, menus, doorways, lifts. Can everything be a bit bigger please? Because I don’t want even the slightest risk of a weekend in Alaska wearing board shorts ever again.