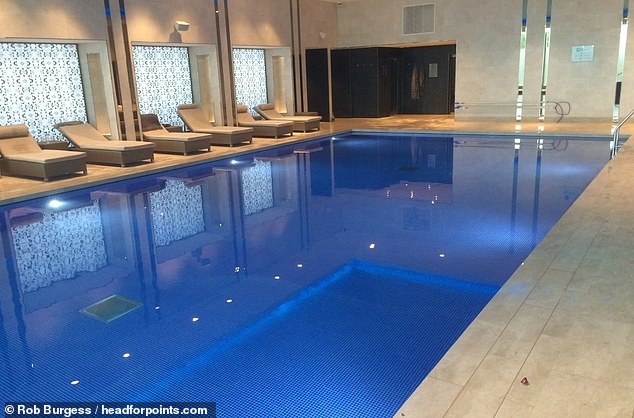 A top London hotel is hitting guests with a stealth charge that would see a family of four billed £90 for a one-hour swim.

The move by the popular InterContinental at the O2, in Greenwich, is seen as evidence that tourist businesses that suffered during the pandemic are trying to claw back cash.

The pool and spa fee, which applies to new bookings, is £30 per adult and £15 per child for a one-hour swim.

The InterContinental at the O2, in Greenwich, is hitting customers with a stealth charge that would see a family of four billed £90 for a one-hour swim in its pool (pictured)

The charge was spotted by Rob Burgess, who is editor of the frequent travel website headforpoints.com, who said: ‘This works out at a shocking £1.50 per minute.

‘This pricing is, frankly, madness. It’s certainly a very impressive pool – I called it “stunning” in my 2016 review – but the pool is the only reason that many people stay here if they don’t need to be at the O2.

‘I can’t believe many families being prepared to pay £90 for a one-hour slot.’

Members of the hotel chain’s Ambassador Programme can take advantage of a £5 per person discount on the pool and spa facilities, but this scheme costs $200 (£158) to join.

Mr Burgess said hotels seem to be stripping out costs from the headline room rates that are advertised, which makes them seem like good value, only then to hit visitors with punishing fees.

He said: ‘This isn’t the first post-Covid money grab we have seen from a London hotel, of course. Many high-end hotels – not this one, to be fair – have added a five per cent “discretionary” service charge to their room rates. 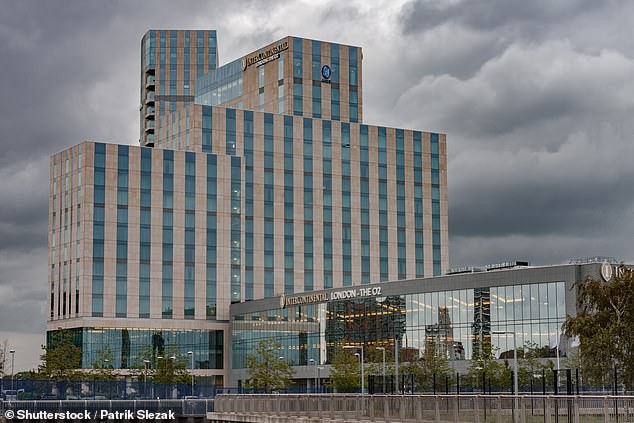 The pool and spa fee, which applies to new bookings at the InterContinental (above), is £30 per adult and £15 per child for a one-hour swim

‘Because it is technically “discretionary” it does not need to be shown in the headline price whilst booking.’

Mr Burgess added: ‘I suspect we’re going to see more and more of these erroneous charges being added to our bills as the travel industry recovers from Covid.

‘I would urge everyone to check the fine details to avoid disappointment or costly mistakes when booking hotels and other travel expenditure.’

The hotel announced the charges, which came into effect on Monday, on its website. The fees – £30 for adults and £15 for children – cover the use of the pool, but they also allow the use of an associated steam room, sauna and hot tub.

The website makes clear that people who just want to use the pool will only be allowed a one-hour slot.

Non-hotel guests are charged £50, with children not staying in the hotel denied access to the spa complex.

A review of the Georgian inn minutes away from Highclere Castle, the Downton Abbey filming location
Japanese restaurant’s ‘Gray’ dessert ‘that looks like wall plaster’ is a hit with diners
Advertisement