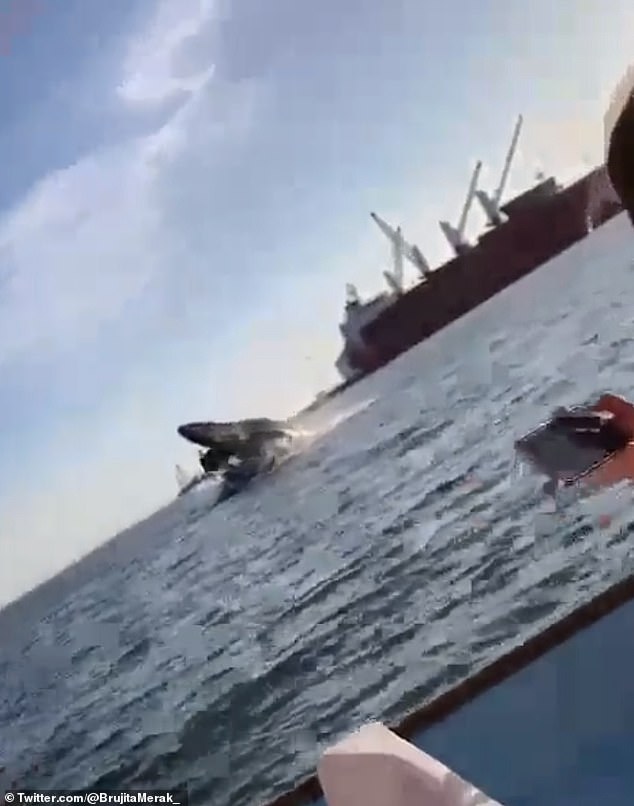 Shocking moment whale breaches and lands on top of boat in Gulf of California in Mexico, injuring two passengers, including former politician

This is the tense moment a popular whale nearly killed four boat passengers when it leaped out from the water and almost crushed their yacht in northern Mexico.

Footage captured by bystander showed the small boat sailing through the Gulf of California when the mammal, known to Sinaloa local authorities as ‘Pechocho’ came splashing down over it on Saturday.

The impact of the crashing whale flipped the boat over and tossed the passengers into the bay, located off the coast of the Sinaloa municipality of Topolobampo.

A whale known to Sinaloa, Mexico, authorities as ‘Pechocho’ is captured on camera crashing on top of a small yacht Saturday. The incident left two of the four passengers on board with injuries 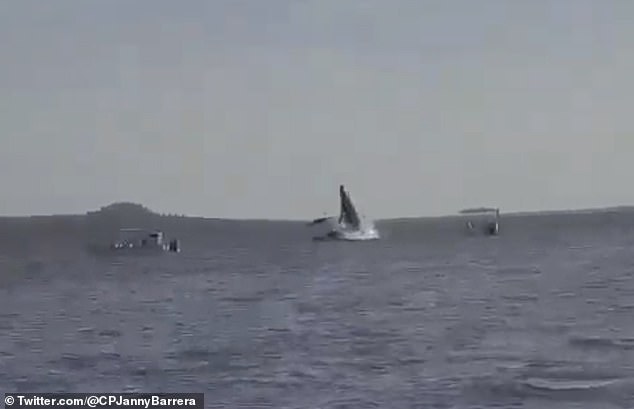 A giant whale was spotted coming up from under Gulf of California waters in Sinaloa, Mexico, and splashing down on a boat with four passengers Saturday 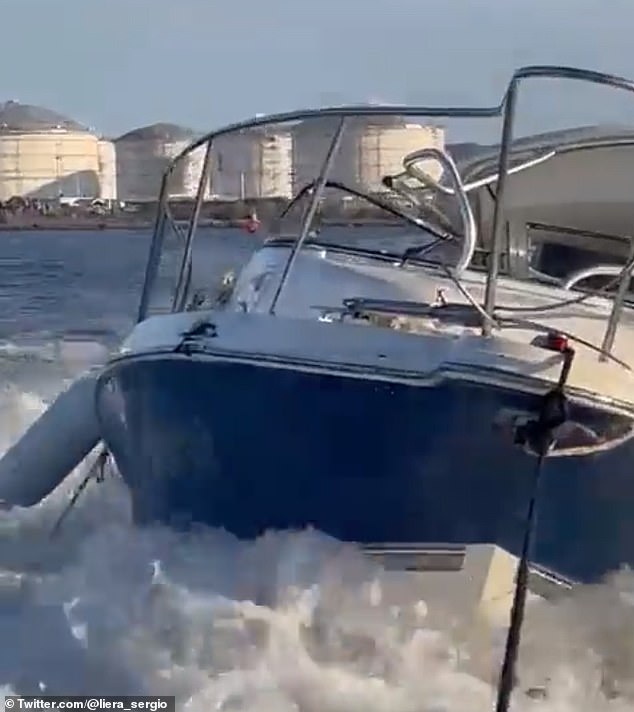 Ahome Civil Protection coordinator, Omar Mendoza, said the yacht’s presence in the bay, that is heavily populated with whales at this time of the year, may have provoked the incident. 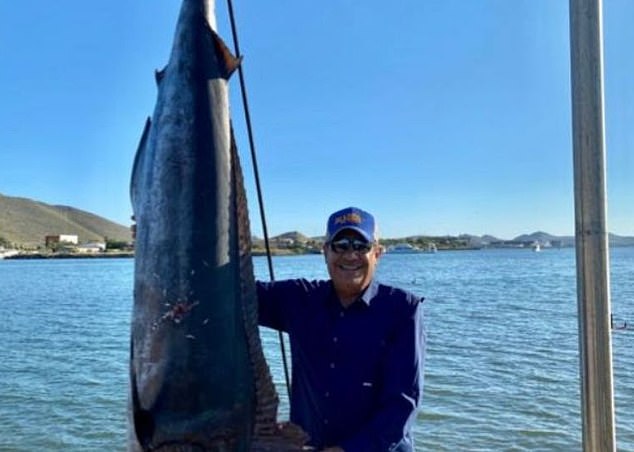 Former Ahome councilman Jesús Valdez was one of two passengers on the boar who were hurt in the accident.  He was diagnosed with a fractured rib and a minor head injury 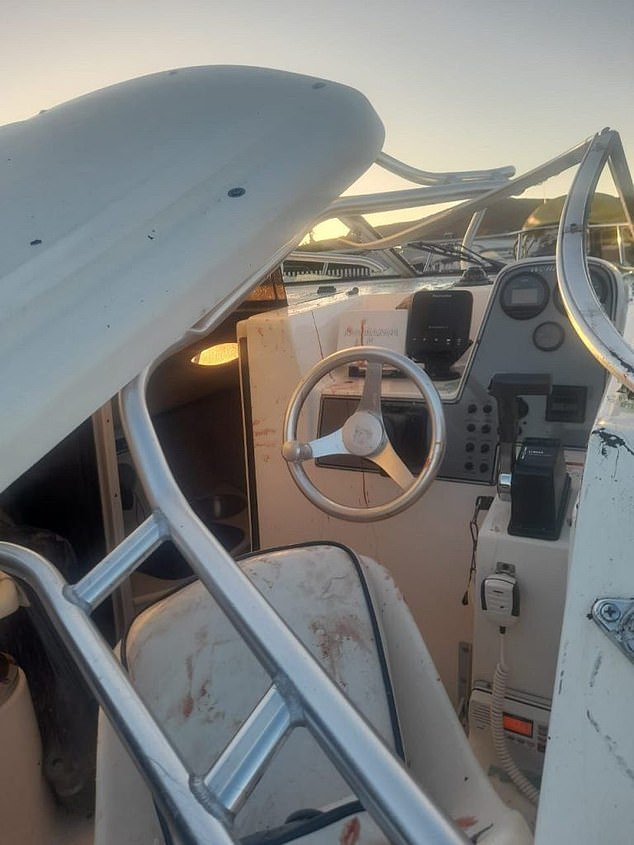 Interior section of the yacht that was crushed by a large whale in the Gulf of California off the coast of Sinaloa, Mexico, on Saturday

‘The rear admiral makes a call to please not get too close to the whale, we can be enjoying its beauty, but from a safe distance,’ said Vargas , who added that ‘Pechocho’ is injured.

The weekend incident comes after a giant Pacific whale pummeled a tour boat in the Baja California peninsula on April 25.

The mammal approached the tour vessel from below and bumped into it, sending five passengers, including three children, into the air.

At least three people were taken to a local hospital for treatment.

The months after December are the best for whale watching in the waters surrounding Baja, which have become world famous for sightings of humpbacks, blue, orca, sperm and grey whales.

Between December and early April between two and three thousand blue whales migrate to its shallow lagoons to meet mates and give birth.

The Baja bay is also a UNESCO protected wildlife site, meaning whales are protected from big boats and hunters.

The world is captured in all its glory in prize-winning pictures for the Global Photo Awards 2022
Cornwall holidays: Discovering the ‘ridiculously pretty’ village of Mousehole
Advertisement